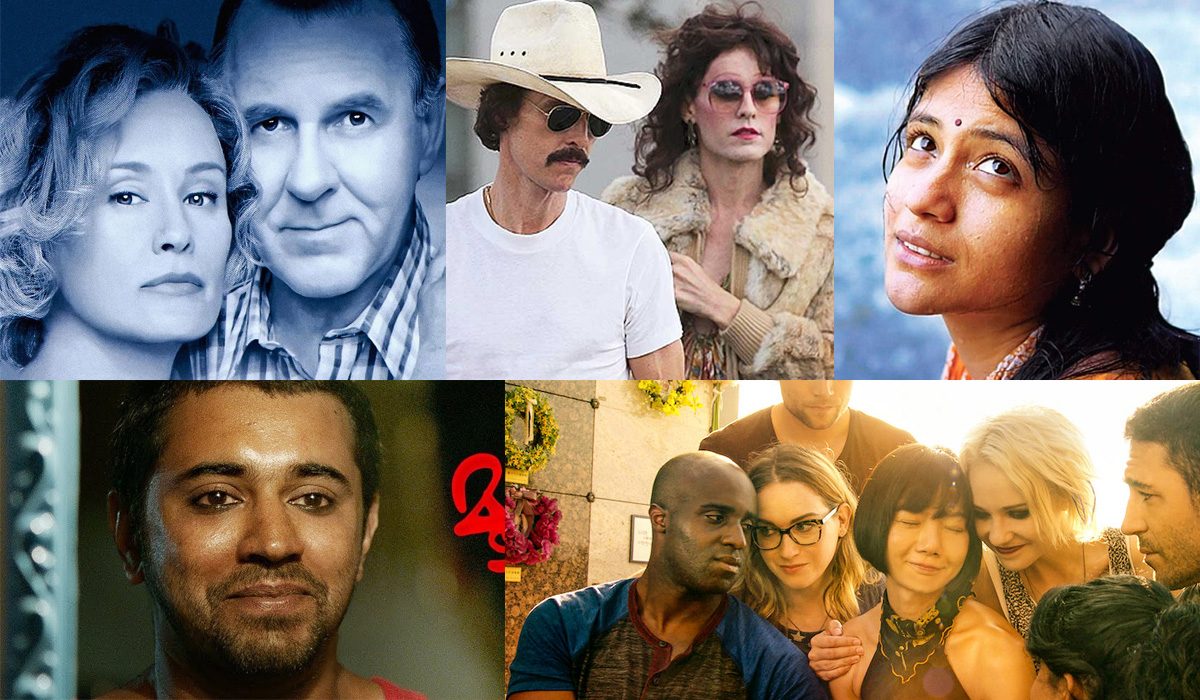 Today, November 20th is the transgender day of remembrance or TDOR. Usually the week leading up to this day is held in celebration, while TDOR memorializes victims of transphobic violence. Violence against transgender people is still a huge issue around the globe, even in India, but with time there has been some social progress made to help them (But we still have a long, long way left to go for proper social reforms).

Synopsis: Roy Applewood faints at the party of his and his wife’s 25th anniversary. When he wakes up, he shocks his wife Irma, when he reveals that he has a gender identity disorder. The Applewod family becomes ostracised from their community, with their church rejecting both him and his family.

This American drama film deals with the “fallout of the coming out” of a transgender person. A version of the reaction of their family, friends and community, as well as the many types of violence many transgender people experience, is depicted here. Stream this film on Disney+Hotstar.

Synopsis: A young teenager wanders the dark bylanes of Kamathipura, which is frequented by prostitutes, child traffickers and drug lords, trying to find out what happened to their older sibling, Akbar.

This Indian Malayalam – Hindi bilingual film is not exactly a transgender awareness film, but it does touch on various aspects of the LGBTQ community (including (obviously) the transgender community). The film doesn’t shy away from any hard and disturbing topics and Geethu Mohandas has created a brilliant script and has done an exceptional job in directing this feature. Watch this movie on Zee5.

Synopsis: When a rodeo cowboy, Ron, is diagnosed with AIDS, he discovers a banned drug that can help patients survive longer. He forms a club to smuggle the medicine to those in need, to get around the ridiculous system.

This brilliant multiple Academy Award-winning film showed one of the most turbulent times in America. Based on a true story, the American biographical drama told the stories of Ron Woodroof and Rayon, a fictional transgender woman. Watch this brilliant flick on Netflix.

Synopsis: This American sci-fi drama is set in a world where a different species of humans are living among homo sapiens, called sensates. Sensates are a group of 8 people around the world who are linked with each other through their minds. The series begins as we witness the birth of a “cluster” of sensates, which is then followed by a terrible incident.

This American Sci-Fi Drama series was ahead of its time when it came out in 2015 and it still garnered fans world wide. The series has a diverse lead of eight people in which a transgender actor portrays a transgender woman on screen. The series was created by the Wachowski sisters – who are both transgender as well. This web series can be streamed on Netflix.

Synopsis: Aruvi, a middle-class girl, is thrown out of her house after she is accused by her family that she has brought shame on them. Later, as she tries to survive on her own, she must overcome several challenges.

The Tamil language Indian socio-political film was a critical hit and it spoke of the consumerist and misogynistic nature of modern civilization. The film also sheds some light on how transgender people are treated in various parts of the Indian community. Stream this film on Amazon Prime Video.