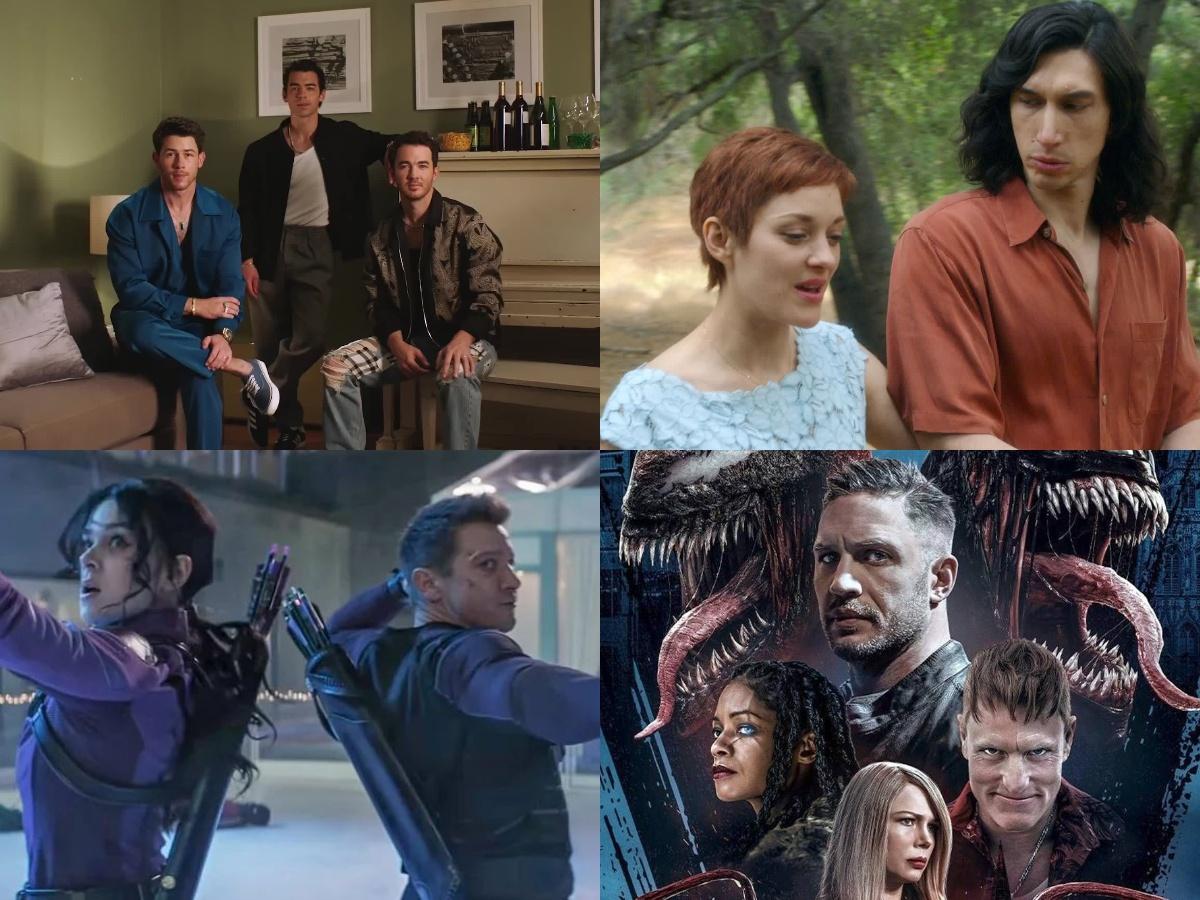 Last week was marked with the arrival of many exciting foreign OTT titles including several streaming titles such as ‘Dexter: New Blood’, ‘The Wheel of Time’, and ‘Cowboy Bebop’, to name a few.

Likewise, the current week too has some eagerly anticipated OTT films and web series coming up. For this article, we have collated a list of top foreign titles streaming on OTT platforms this week.

The Marvel miniseries would revolve around superhero Hawkeye’s character after the events of the 2019 blockbuster film ‘Avengers: Endgame’. Jeremy Renner would reprise his role as Clint Barton / Hawkeye in the series. The story follows how Clint Barton must team up with another archer and his protégé Kate Bishop to deal with the enemies from his dark past, in order to reach his home on time before Christmas. The first two out of six episodes of the ‘Hawkeye’ series would start streaming from 24th November.

The Beatles: Get Back (Streaming on Disney+ Hotstar from 25th November)

It’s a three-part documentary series directed by Academy Award-winning filmmaker Peter Jackson (Lord of the Rings trilogy). The series would revolve around the making of the twelfth and the final album titled ‘Let It Be’ by the legendary English rock band – the Beatles.

Annette was the opening movie at the prestigious Cannes film festival and the movie won an award for the Best Director (Leos Carax). It’s a psychological drama film that revolves around how the marital relationship between a stand-up comedian (played by Adam Driver) and a globally renowned opera singer (Marion Cotillard) undergoes some adverse changes after the birth of their gifted daughter Annette.

Venom: Let There Be Carnage (Streaming on BookMyShow from 28th November)

Helmed by Andy Serkis, the film is the sequel to the 2018 superhero movie ‘Venom’. Tom Hardy reprises his role as the disgraced investigative journalist Eddie Brock/Venom who attempts to revive his career by interviewing the psychotic serial killer Cletus Kasady (played by Woody Harrelson), who eventually transforms into the titular supervillain called Carnage.Follow us on Google News