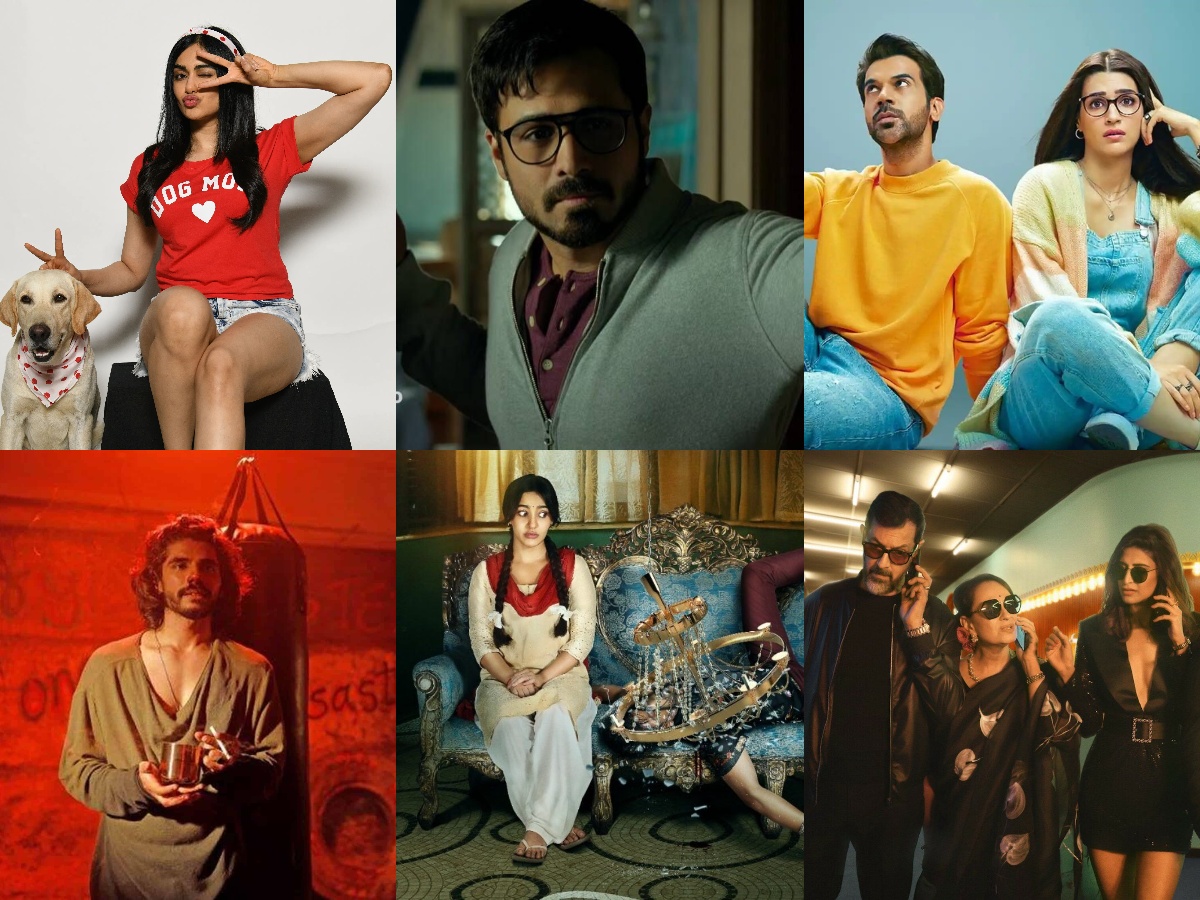 Last week was marked with the arrival of many exciting Indian and foreign OTT titles including films and web series such as ‘Succession Season 3’, ‘Dynasty Season 4’, ‘Heads & Tales’, ‘Inside Job’, ‘Locke & Key Season 2’, ‘Love Story’, ‘Malignant’, and ‘Rathnan Prapancha’, to name a few.

Likewise, the current week too has some eagerly anticipated Indian OTT films and web series coming up. For this article, we have collated a list of top Indian OTT titles streaming on Indian OTT platforms this week.

‘Aisa Waisa Pyaar’ is an anthology of four short stories that are connected with the common theme of romance. The series features talented actors like Rajit Kapoor, Adah Sharma, Saqib Saleem, Ahsaas Channa, Prit Kamani, Sheeba Chadha, and Nidhi Singh, amongst others.

Directed by Santosh Shetty, the seven-part series is being touted as an obsession thriller ostensibly where the lead characters expose their own unique ‘Girgit’ moment – a moment which reveals how everyone is defective and can change their colors for survival. The plot revolves around a couple and how the goings-on takes many interesting twists and turns when the dead body of the man’s former wife is discovered.

Inspired by the 2015 Hungarian film ‘Liza, the Fox-Fairy’, ‘Aafat-e-Ishq’ follows a small-town and sweet but lonely girl (Neha Sharma), who is trying to seek true love through a dating app. But, when the men she meets begin to die in mysterious ways, it points the needle of suspicion towards her. Will the girl be able to overcome the alleged curse? The comedy-thriller film boasts of an ensemble cast that includes Amit Sial, Deepak Dobriyal, Ila Arun, and Namit Das.

Call My Agent: Bollywood (Streaming on Netflix from 29th October)

The Netflix series ‘Call My Agent: Bollywood’ is an Indian adaptation of the French series ‘Dix Pour Cent’. The show revolves around four talent agents (played by Aahana Kumra, Rajat Kapoor, Soni Razdan, and Ayush Mehra) and their endeavor to save the agency after the founder’s untimely demise.

‘Dybbuk’ is the Hindi language remake of the 2017 supernatural horror Malayalam movie ‘Ezra’. The film’s plot follows a newly married woman who brings an antique Jewish box to her home and after which the couple begins to experience paranormal phenomena. Eventually, they get to know that the box is actually a dybbuk that’s possessed with an evil spirit. The film features Emraan Hashmi, Nikita Dutta, and Manav Kaul and is directed by Jay K.

Hum Do Hamare Do (Streaming on Disney+ Hotstar from 29th October)

The comedy-drama movie starring Rajkumar Rao, Kriti Sanon, Paresh Rawal, and Ratna Pathak Shah has been helmed by Abhishek Jain, who had earlier directed Pratik Gandhi in the Gujarati web series ‘Vitthal Teedi’. ‘Hum Do Hamare Do’ follows a man’s quest to hire the perfect parents in order to get married to the woman he loves. What ensues is a situational laugh riot as the adopted father is actually in a one-sided love with the adopted mother.Follow us on Google News