Home News Top 7 Easter Eggs From Disney+ Hotstar’s The Falcon And The Winter... 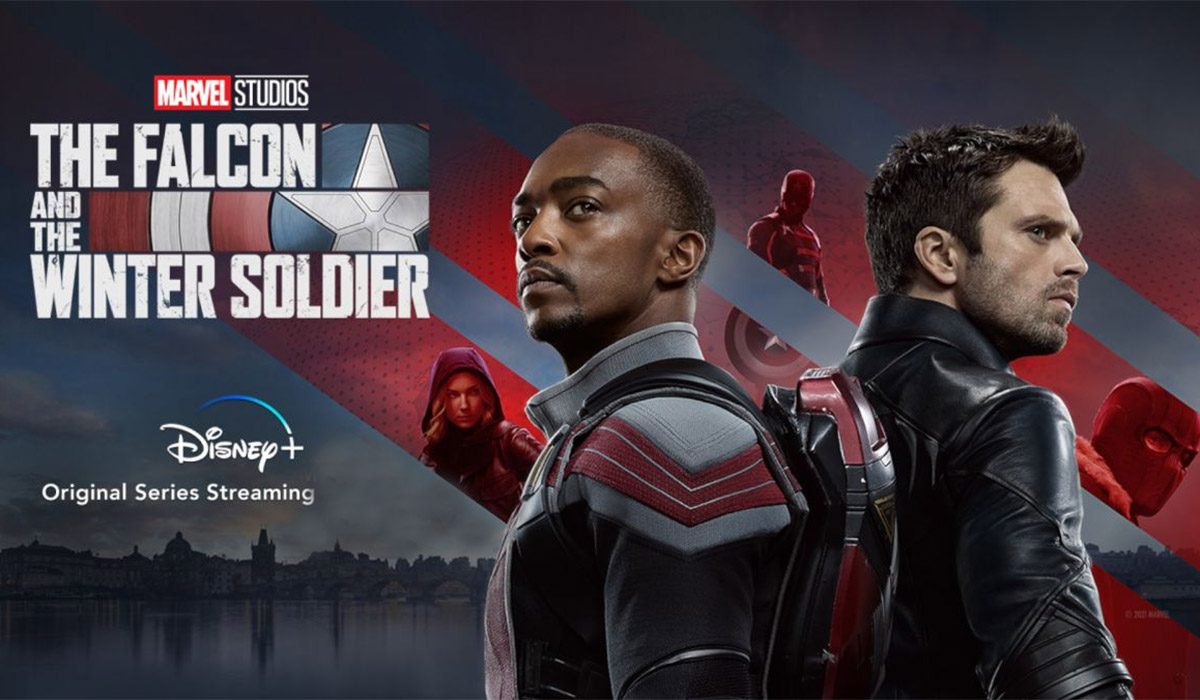 Phew! That was one rollercoaster of an episode.

In this “chapter” of Marvel’s ‘The Falcon and The Winter Soldier’, we get a better understanding of what is motivating the leader of the Flag Smashers, her story, the doubts in John Walker’s mind, etc. among other things. This story still has two more chapters left, but this was the best one yet. The action is top-notch, as usual, but the callbacks and symbolism mainly is what makes this episode stand-out. Take a look at 7 of these important easter eggs which will be important in this remainder of this mini-series and/ or in other MCU projects:

A “Wakandan” Call Back

Oh John! You should have listened to Sam when he told John that he had a better chance of beating Bucky than the Dora Milaje.
The fight scene between the Dora Milaje and John Walker, Lemar Hoskins, Sam Wilson & Bucky Barnes was a “gentle remainder” that the Royal Security guard/ assassins are not to be trifled with – even against Super Soldiers. The Ayo-Bucky connection from before Avengers: Infinity War was a nice touch. So was Ayo’s disabling of Bucky’s Vibranium arm.

This is the third time “The Words” were mentioned (in this series alone), so we just wanted to address it real quick. We don’t think Bucky is gonna go “psycho” on us with the Russian words being uttered, but with it being mentioned so many times in this series, we have a feeling these words might have a deeper meaning besides brain-washing Super Soldiers. We do not know if we will see it in this series or later, but it is better to keep an eye out for it anyway. The ten words uttered in Russian are as follows (if you guys wanted to know them):
Longing. Rusted. Seventeen. Daybreak. Furnace. Nine. Benign. Homecoming. One. Freight Car.

The Convoluted Past Of Karli Morgenthau

Karli’s had it rough, we can all admit that. We get to know more about people’s lives after “The Snap”. And how people got shunned because of “The Blip”. But she is going about her fight the wrong way as Sam points out. She is angry that her mother-figure Donya Madani died, due to Tuberculosis of all things, and rightfully so. Sam agrees with her fight, just not the way she goes about getting things done. Due to her anger, she killed 3 men from the GRC center in the previous episode – which has caused GRC to create a legislation to fight against what she stands for – The Patch Act. Many can sympathize with her cause – wanting the whole world to come together for peace and opening borders is not exactly a bad thing.

Marvel has been bringing up a lot of good philosophical and social issues that happen around the world and in the US. The first couple of episodes talked about the racism faced by the majority of the African-American community. In these last two episodes we have been asked about the requirement of Super Soldiers (of course, these are two vastly different issues, with one of them even being a fictional one, but these issues are being talked about the world within the MCU).

And it has been popping up for sometime and it is a pretty good philosophical conundrum that Zemo has put in front of us – Aren’t creating Super Soldiers equivalent to creating a new race? And if it is – won’t there be a natural desire to push Supremacy? Of course, Steve Rogers is an example of how wrong that statement is, but there haven’t been any other people like Steve Rogers. Of course we know, thanks to the first ‘Captain America’ movie, the serum enhances everything about a person. All the good things within a person increases while all the bad things exaggerate when you take the serum – as told by Dr. Abraham Erskine, the inventor of the serum. Steve was just a genuinely good person who never let anything bad happen to him get him down forever, which made him a perfect soldier and candidate for the Super Soldier program. Finding another Steve Rogers is going to be difficult and John Walker knows that pressure all too well.

And what about the existing Super Soldiers? Should they be “decommissioned”? For what? Because humans are not the powerful species on Earth anymore? This is an interesting topic and I hope Bucky and Zemo will continue to talk it out as they did in this episode.

Zemo is becoming quite a puzzle. He has had a chance to escape multiple times but he hasn’t done so. He only did it when Dora Milaje came to take him to Wakanda, for killing their previous king. He is a man of principles, even if he is a killer. He doesn’t like Super Soldiers (as shown by how he killed the other Super Soldiers in ‘Captain America: Civil War’), so he killed the person who created it (Nagel) and destroyed all of the vials containing the Super Soldier Serum (except one).

But the question still remains – why is Zemo stucking with Sam and Bucky? (Not anymore of course). We know that he wants to kill Karli and the rest of the Super Soldiers from the “Flag Smashers” but was that the reason alone? Is it because he likes Sam (and Bucky)? Or is he planning to kill Bucky because of him being a Super Soldier? Only two more episodes to go.

Marvel Continues With “The Funny Formula”

Even when things become tough, Marvel continues to use humour to bring things back down to normal. In movies like ‘Thor 2: The Dark World’, ‘IronMan 2’ and ‘Avengers: Age of Ultron’ it was a slight overkill. But movies like ‘Thor: Ragnarok’, ‘Guardians of The Galaxy’ (both 1 and 2) have proven, when done right, it can be extremely effective. The Zemo “head tilt” joke came out of nowhere and it had us in stitches, especially after it happened immediately after a very tense scene. We also saw this in previous episodes like the Therapy session scene in jail and AAW – Androids, Aliens or Wizards. This is almost unnecessary to mention but Marvel has found the correct “formula” for comedy – when to add it to in a (/an intense) scene and when not to. Speaking of when not to, the next one on the list is a sure fire reason.

You knew this was coming. John and Lemar didn’t feature much in the last episode, so it was only a matter of time before we got some more of John Walker. And boy did we get quite a character arc. John has gone through some shit working for the US military – doing things he is not proud of, for the 3 Medals of Valour he received. And he has been slowly losing confidence in himself for many reasons – his ass got handed to him by the Flag Smashers’s Super Soldiers, Sam and Bucky don’t want to work with him, he is being tied down by bureaucracy and he got his ass kicked again – this time by Dora Milaje (which you can see hurt his pride). You can see his mental state deteriorating on screen (brilliant acting by Wyatt Russell) and he eventually takes the Super Soldier Serum. But Battlestar’s death was the final straw and the final shot of him holding Captain America’s bloody Shield, shows us how far he has fallen.

The first four episodes of The Falcon and The Winter Soldier are currently streaming on Disney+ Hotstar.