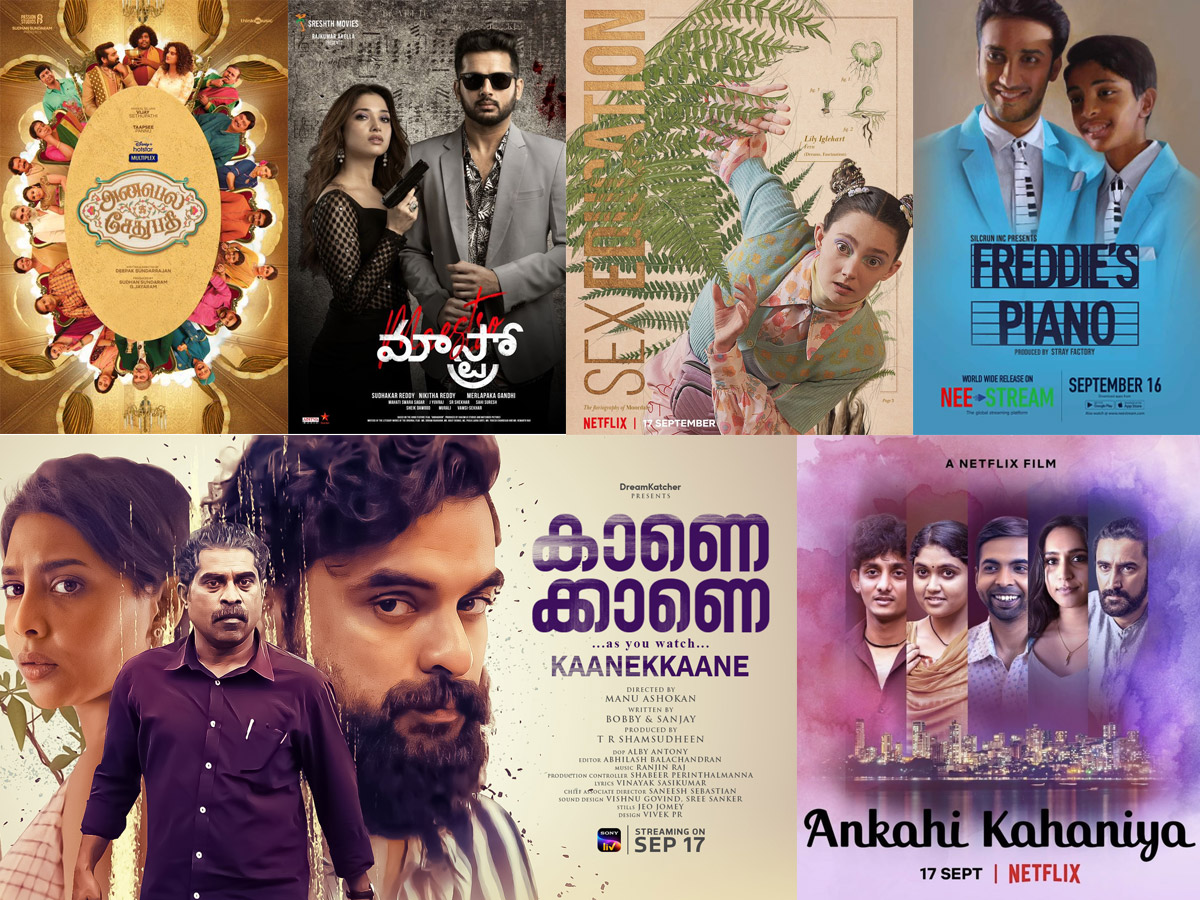 Monday already, and we can’t wait for it to be Friday again. This time, however, there is a good reason to look forward to the next one (weekend). In 3 to 4 days, various streaming platforms are gearing up to premiere new films and TV shows directly for streaming. Out of all this new content, we have chosen 7 films and web series for you guys to check out this weekend:

Kaanekkaane
This Malayalam feature will premiere on SonyLIV on 17th September 2021. The film has a multistar cast featuring Tovino Thomas, Aishwarya Lekshmi and Suraj Venjaramoodu – but the plot/synopsis still remains under wraps.

Annabelle Sethupathi
This Vijay Sethupathi, Taapsee Pannu starring Tamil horror-comedy is making its way to an OTT premiere on Disney+ Hotstar on 17th September 2021. The film follows Rudra, who has inherited an estate and its surrounding areas. Things become complicated when she finds out that her new house is haunted.

Maestro
This ‘Andhadhun’ Telugu remake is releasing directly for streaming on Disney+ Hotstar on 17th September 2021. As far as we know, the plot remains unchanged from the Bollywood original.

Freddie’s Piano
This International Film Festival premiered film will be making its OTT debut on Neestream on 16th September 2021. The film is expected to be in English (with some Tamil), and will likely be the first non-Malayalam film to drop on the streaming platform. The film follows two young brothers, whose parents have passed away after an accident.

Ankahi Kahaniya
Our first anthology film on this list, ‘Ankahi Kahaniya‘ will premiere on Netflix on 17th September 2021. The film will give us three short stories based on the themes of love, longing and heartbreak.

Sex Education Season 3
This highly anticipated Netflix series will drop its third season on 17th September 2021. We will follow Otis, Maeve, Eric and the rest as they bumble through high school while trying to ignore their raging hormones (or depending on the situation, go full rampage).

The Morning Show Season 2
This megastar filled Apple series is returning to the streaming platform for a second season, which will premiere on 17th September 2021. The series is expected to pick where they left off last season.