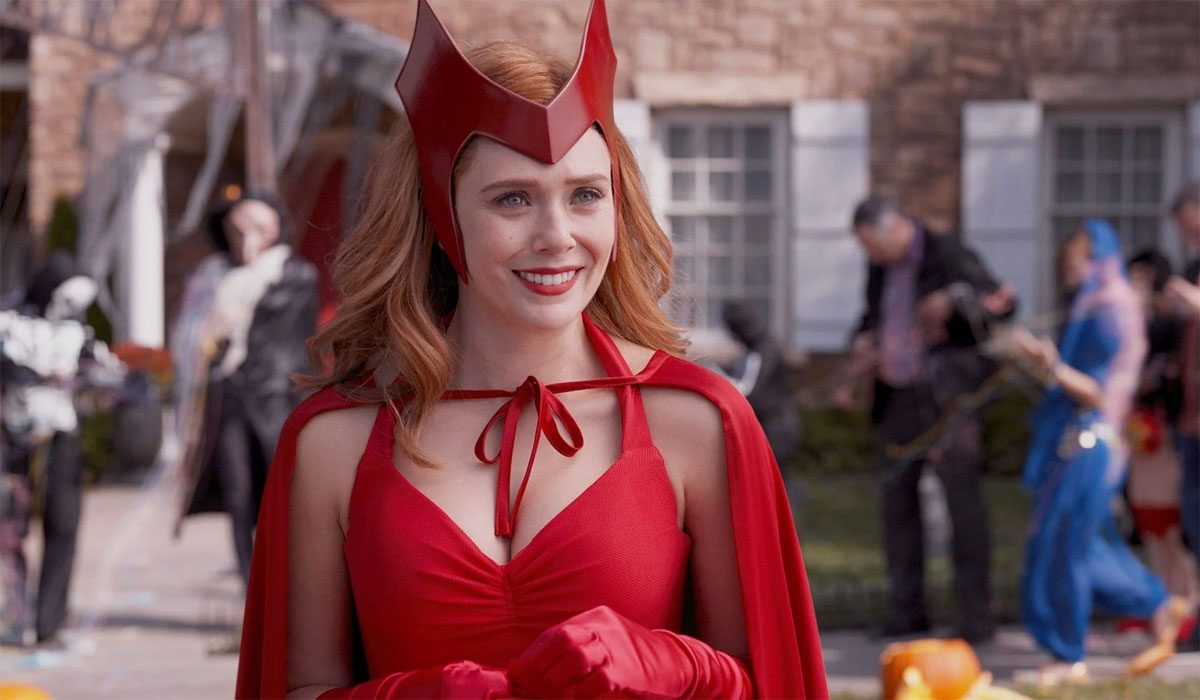 As the last episode of WandaVision drops, we finally get most of our questions answered and the series has done well to set a path for the new “heroes” – a path into the Marvel Cinematic Universe’s (MCU) Phase 4. There were loads of callbacks and references in this episode as well (as expected, it is the freaking finale!), so we chose the possible relevant easter eggs which will be important in Marvel’s upcoming projects. So check out these 9 important easter eggs (or events) from the season finale of Disney+ Hotstar’s WandaVision:

The silhouette of the Scarlet Witch when we walked down the literal memory lane of Wanda’s – the time when she was used for an experiment by Hydra; it was always meant to be an eventual callback. But the series showed it in literally the very next episode. So… let chaos magic reigns, For The Scarlet Witch is finally here!

Well, we expected this was going to happen. Although many of us wanted Agatha to be Wanda’s mentor like she did in the comics, the first few minutes of the last episode of WandaVision pretty much shut that story-route down. But this might not be the last time we will see Agatha – depending on the character popularity, she might get a Loki-level reception or a Malekith-level rejection, but most likely, somewhere in between. Plus Mephisto through Agatha stroy-line is still open. We will just have to wait and see.

Pretty much close to the comic origin story, White Vision was created from the Vision’s corpse, but without his personality and emotions. Unlike the comics however, this White Vision did not have his memories. However “Wanda’s” Vision helped White Vision to access his memories and which eventually helped him reach a logical conclusion on his own.

Book Of The Damned

Rumored to be one of the missing forbidden magic books from the Kamar Taj’s library of magic, this book seems to be speaking about chaos magic and the Scarlet Witch. It is highly possible that Doctor Strange might come searching for this book and he will most likely, eventually have to face Wanda. The confrontation between two of the most (current) powerful Avengers would be a sight to behold, and even if it will be just a conversation, seeing both characters on screen together would be a sight to see.

Stronger Than The Sorcerer Supreme

Also addressed in the Marvel comics, Wanda is supposed to be the strongest Avenger, followed by Vision and Doctor Strange. The Sorcerer Supreme is a callback to Stephen Strange of course, but like mentioned in the previous easter egg, there is very likely to be a confrontation between these two. We do not want our heroes to fight each other, really, but a fight between these two would be worth going to the theaters again.

This has been an issue which has been mentioned since Captain America: Civil War. Wanda’s power is unstable. She does not know how to use them. Her emotions are tied to her powers. And we got a true demonstration in this web series. She caused pain and suffering to a small town full of people, but then she realised her mistake and eventually sacrificed her family to set the people free. WandaVision managed to do something most superheroes movies/ TV shows have trouble doing – make a good character become grey AKA making Wanda, an anti-hero. Wanda has always been struggling with a lot of things – her powers, her emotions, her personality, etc. This ending will finally give her purpose – to understand herself more, to understand her powers better.

Speed & Wiccan and Photon (Or Is That Spectrum?)

Another episode, another demonstration of Monica’s powers. Speed and Wiccan AKA Tommy and Billy also showcased some of their skills. Monica’s body turned into a light-like form (we think), and it is what let the bullet go through her body unharmed. Hopefully we will see more demonstrations from Monica next time, in full Photon regalia.

Agatha’s runes got copied. Wanda takes away Agatha’s magic. We see Wanda’s  silhouette when she takes away said power. The amount of foreshadowing on this Superhero series has been great, but there is a very good chance that Wanda’s ability to create runes and her ability to take magic away will be used in another feature containing Wanda soon; hence another callback. We are even sure that the semi-ominous words uttered by Agness in the end – “Not If I See you First Hon”, will very likely happen.

Skrulls! And Nick Fury Be Calling!

Skrulls! Seriously! This post-credit scene is epic and we think it sets up the Captain Marvel sequel, set to release in 2022, quite brilliantly. The callback from the Captain Marvel movie, plus “the old friend of your mother’s” bit pointed out that it was Nick Fury who was calling her to come to space (actually, the eventual “he” which is mentioned seconds later in the post-credit scene, helped us to identify the mystery character – which was a choice between Nick Fury and Captain Marvel in the beginning). Another subtle nod to Secret Invasion.

Darcy Lewis only had one line in the last episode of the series and it was as perfect a one-liner from the Two Broke Girls actor, Kat Dennings, as any – “Have fun in prison”. Seriously though, Darcy Lewis needs to be in every Marvel project from now on. The “One-Above-All” portrayer passed away, so it might be a time for a new one?
Just saying, Kat Dennings would be perfect for that role.