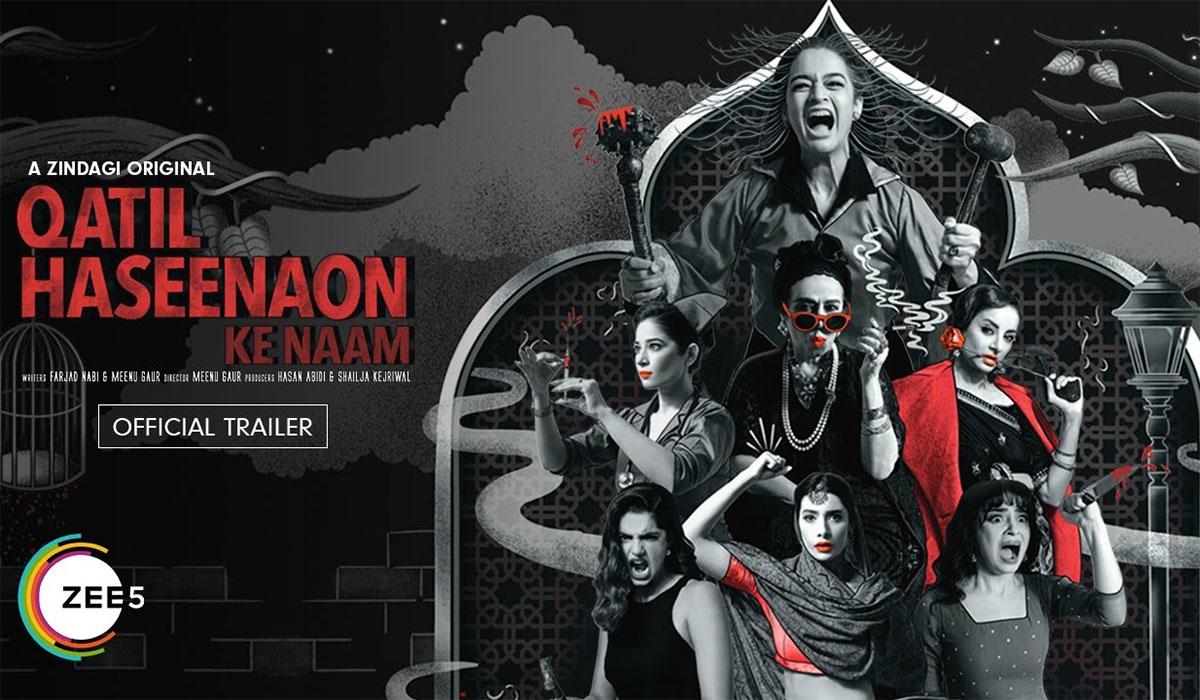 ‘Qatil Haseenaon Ke Naam‘ is an anthology series that tells the stories of seven fiery women who refuse to be victims, and fight to be the writers of their own narrative. The tagline of the show “Born to kill, not kneel’, says it all. The trailer is thus full of dark, gritty and uncompromising visuals, lots of blood and gore, and women who take to killing their tormentors in cold blood. The plot is ambiguous, though one thing is clear – each of the seven women that the anthology centres on is a woman anguished and tormented by years of abuse and exploitation. And as it happens, when a woman has her back against the wall, the only way out for her is to lash out in the most savage way imaginable.

‘Qatil Haseenaon Ke Naam’ is directed by British-Indian director Meenu Gaur. The series consists of six stories of seven women, who wrest control of their lives from their male tormentors. The series has been written by Gaur and well-known Pakistani filmmaker Farjad Nabi. The series is set in the fictional town of ‘Androon Sheher’ and focuses on the fearlessness of women and their determination to avenge deceit. It has elements of emotions such as love, betrayal, revenge and revolution.

Qatil Haseenaon Ke Naam premieres on ZEE5 on 10th December. Have a look at the trailer here –