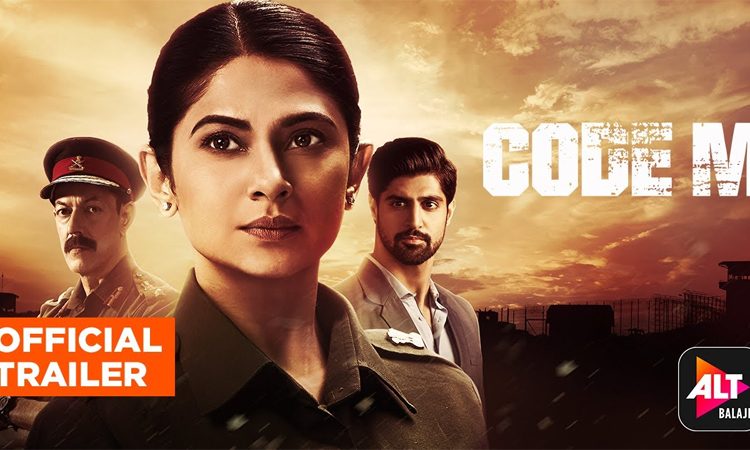 The trailer for Alt Balaji and ZEE5‘s keenly anticipated series Code M has just arrived on the two platforms, and we’ll be the first to acknowledge that it is smouldering hot. The premise is intriguing, the visuals are evocative, and the frames are, quite simply, explosive.

Jennifer Winget is introduced within the first few seconds of the 2.5-minute trailer, as a kick-ass army major Monica Mehra. Her senior officer, played by Rajat Kapoor, asks her to investigate the case of a young army officer Sameer Ali who’s been martyred in a counter-terrorism operation.

As Monica delves into the depths of the case, which on the surface seems like a simple case of a promising officer dying for the cause of the nation, she discovers that there is sinister murk lurking at the bottom.

A chilling conspiracy, a cold-blooded murder and an audacious cover-up lie at the root of the case. After tantalising viewers with quick, edgy shots of Sameer Ali’s killing, the trailer shifts to Monica Mehra’s dogged pursuit to get to the truth, no matter what.

Monica’s army colleague, played by Tanuj Virwani in the series, aids her in her quest. A montage of quick cuts and dark vignettes fills the screen, as Monica faces dangers of the most chilling kind in the course of her endeavour.

The explosive shots in the trailer up the ante and add to the intrigue of an already alluring premise. This is one trailer that seems, to do justice to its stellar cast and premise, making viewers lust after the real deal — the actual web series!

In the meanwhile, here’s the trailer of Code M for you to enjoy!