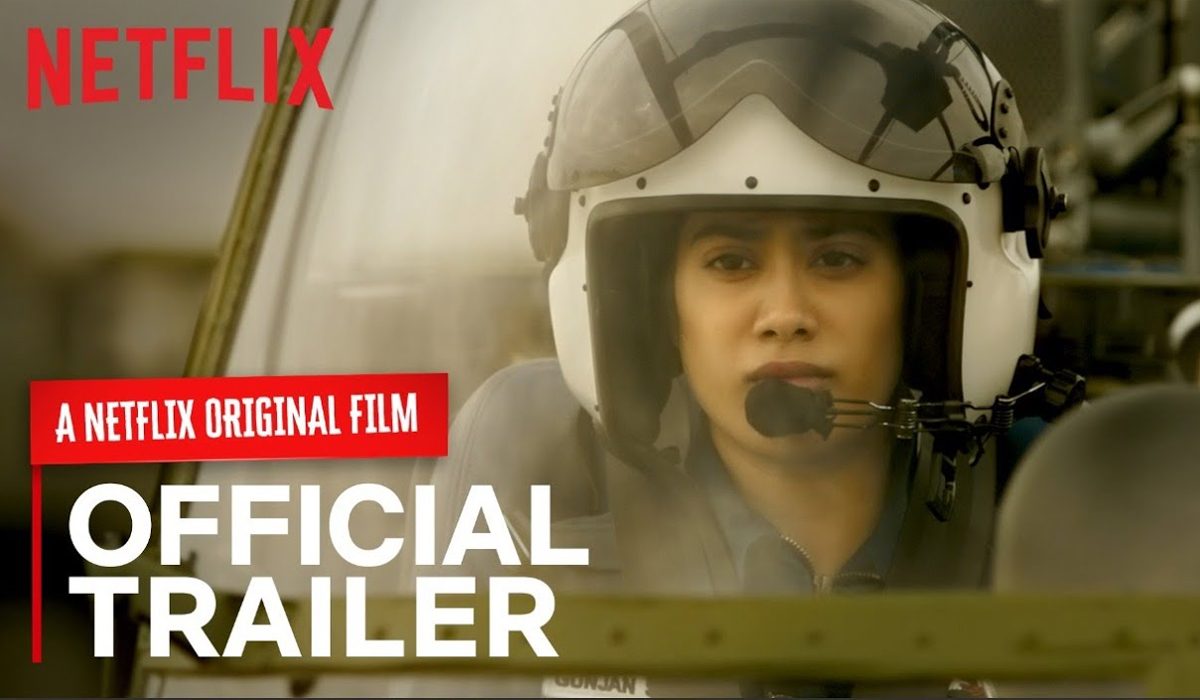 Netflix dropped the trailer of Janhvi Kapoor starrer ‘GUNJAN SAXENA :The Kargil Girl’ and it’s full of action, drama and inspiration. The film is inspired by events based on the life of Flight Lieutenant Gunjan Saxena.

The trailer of ‘GUNJAN SAXENA :The Kargil Girl’ showcases the struggle and undying spirit of a women who is ready to take on any challenge life throws at her in the pursuit of her dream to become a pilot. And this determination of hers made her the first women combat pilot along with Flight Lieutenant Srividya Rajan.

In the trailer we can find that Gunjan (Janhvi Kapoor) dreamt to become a pilot ever since her childhood and she was supported by her father (Pankaj Tripathi) every step of the way. She trains hard and achieves what she wanted only to face resistance from within the force which was not familiar with women in such roles. A little let down but Gunjan is not ready to accept failure at any cost.

She gets posted to Kargil where she strives to proves her mettle through her immense courage and determination even while being told she won’t be able to do it. The trailer ends with a war scene and leaves the audience in a cliffhanger as to what happened ultimately.

Netflix original ‘GUNJAN SAXENA :The Kargil Girl‘ will premier exclusively on the platform on 12th August 2020. Get ready to observe and be inspired by the fighting spirit of the women in forces.