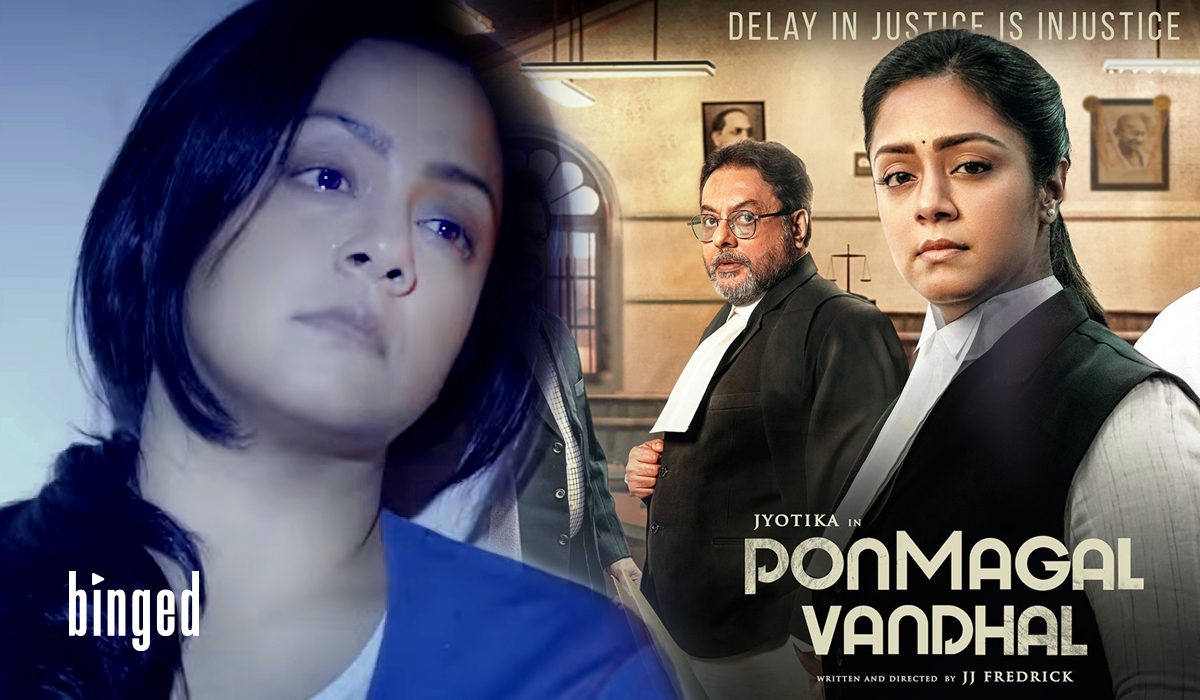 Now that it’s a done deal that the movie will release on Amazon Prime Video and not in the theatres, there’s huge interest in the movie and the trailer of Ponmagal Vandhal.

The trailer promises a gripping thriller, with a cat and mouse chase to catch an elusive murderer. A series of murders with heart-rending consequences galvanise Jyothika to pursue the case aggressively. Jyothika plays an advocate in the movie, standing up bravely and fiercely for what is right. A murder takes place, for which no fingerprints, evidence or witnesses are found. Yet, she fights on, batting for the delivery of justice in a case that becomes increasingly complex.

The movie is directed by J.J Fredrick and will feature Jyothika, K. Bhagyaraj, Prathap Pothen and Parthiban Radhakrishnan as lead characters.

Ponmagal Vandhal releases on Amazon Prime Video on 29th May.