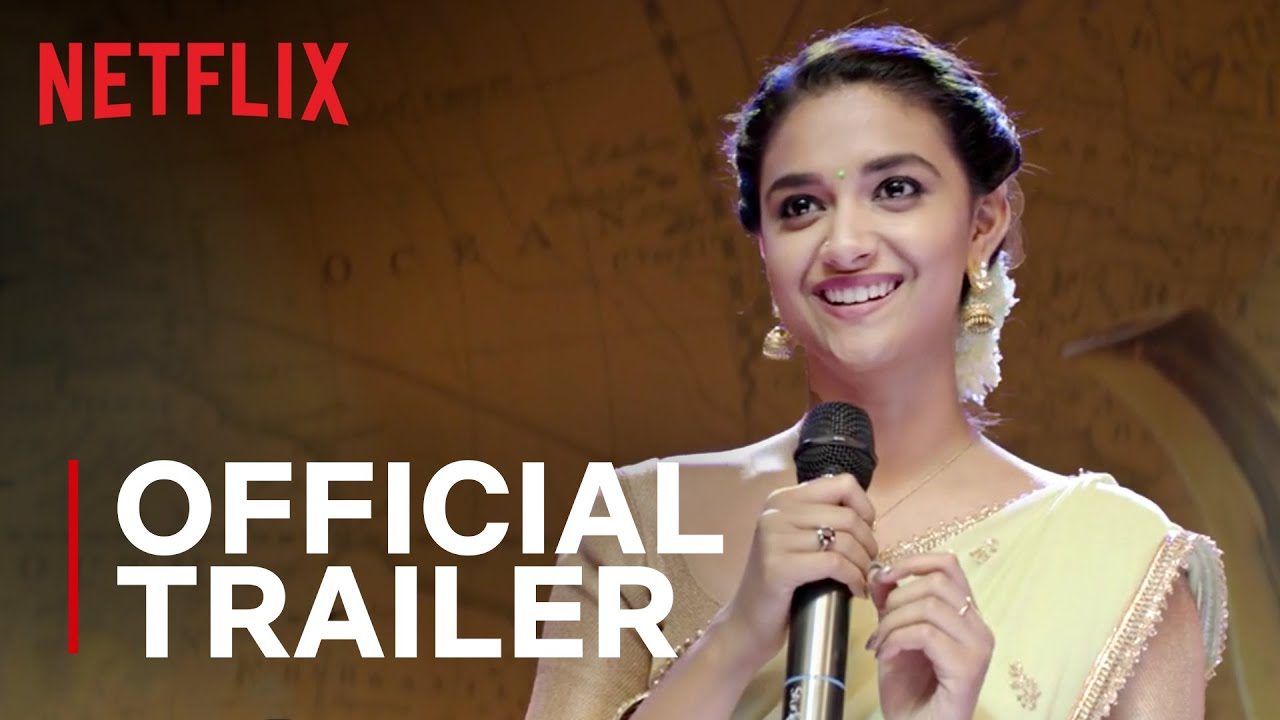 Keerthy Suresh’s Miss India was one of the most awaited films of the year and was slated to release on April 2020. But the movie faced postponement due to the covid-19 pandemic. The release date was uncertain at a time, but now Netflix has released an official trailer for the film and with that we have a release date with us. Miss India will be streaming on Netflix from November 4th 2020. Keerthy Suresh looks absolutely stunning in the trailer and is determined to achieve her goal. Let’s break down the trailer.

The trailer starts off with a flashback of Samyukta’s childhood ( Keerthy Suresh ) where she mentions that she wants to start her business once she grows up. We see that Samyukta’s only desire is to become a successful entrepreneur and she thinks highly of it.

But she is opposed by her family who think that due to their financial situation, both their children should focus on job rather than risking their time with starting their own business. Samyukta doesn’t loses hope and makes a plan to start a business of Tea specifically Indian Tea in a foreign country.
She tastes success initially with her idea and starts off her own cafe named Miss India where “Chai” is the highlight of the menu.

But then not everything happens in life easily, she is met with a fierce rival in the form of Jagapathi Babu’s character who warns her that women cannot do business and that she’ll get swept off from the market.
From here begins the story of utmost determination of Samyukta towards her goal which is to defeat KSK, the rival brand and to become a successful entrepreneur.

The movie is all about woman empowerment and will show how women and nothing less compared to men. Miss India seems an interesting film full of emotions and drama and a good message. All the cast looks fantastic and the background music by Thaman also hooks you to the trailer.

Miss India has been directed by Narendra Nath who also serves as the writer of the film.