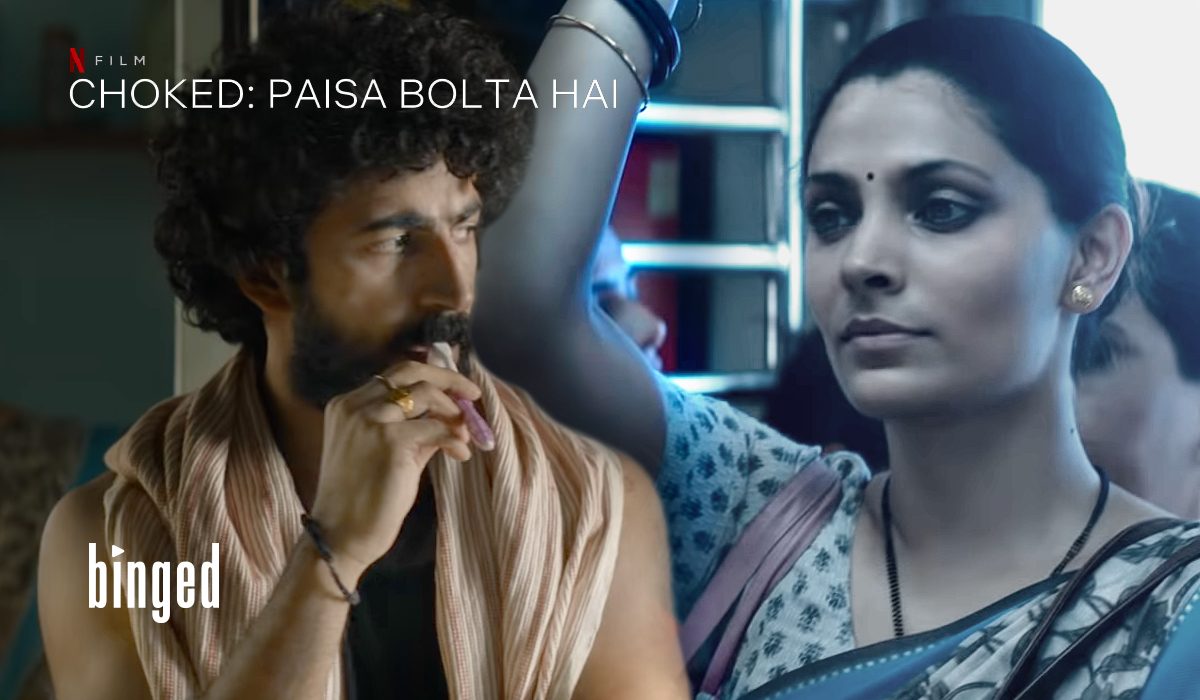 The narrative of Choked: Paisa Bolta Hai us centred on a bank employee, played by Saiyami Kher, who is in the grip of pathetic conditions. Her husband is jobless, and with her meagre bank-job earning, the family is perpetually out of money. The story moves into fast gear when she discovers an unlimited supply of wads of cash popping out of her kitchen sink drain.

Rolling in money, her life takes a turn for the better, when disaster strikes. The Prime Minister of the country announces demonetisation of the old currency and our heroine is in a quandary – how will she exchange her stash of money for new currency?

She’s also the target of a dreaded goon – the reason he and his gang are after her is not clearly apparent. How will she escape the gang of goons that is chasing after her?

We’ll have all the answers when the movie drops on Netflix on 5th June.

The official synopsis for Choked: Paisa Bolta Hai shared by Netflix reads “A bank employee weighed down by her jobless husband’s debts — and her own broken dreams — finds a secret source of seemingly unlimited cash in her home.”

Check out the trailer of Choked: Paisa Bolta Hai here –