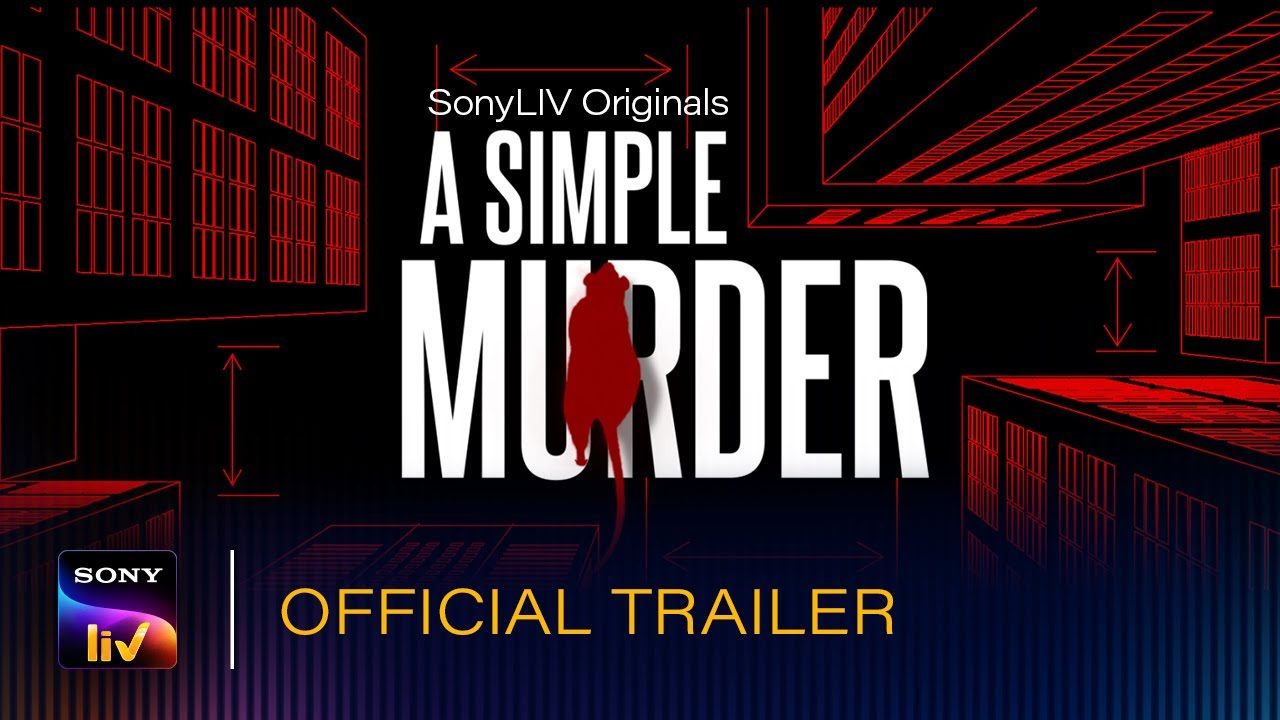 Everyone was all praises for SonyLIV’s ‘Scam 1992: The Harshad Mehta Story’ and now the platform is ready with yet another promising original series ‘A Simple Murder’. SonyLIV surprisingly did no pre-promotion for this and has directly released the trailer which is pretty darn good.

‘A Simple Murder’ comes form the ‘Rangbaaz’ director Sachin Pathak and is “a dark comedy in which greed becomes the factor that entangles the characters in an uncontrollable chain of events”. But it all begins with a single co-incident or let’s say incident that leads to a whole comedy of errors.

In the trailer we see Parth (Mohd Zeeshan Ayyub) an unlucky man with a stressful life whose house is on mortgage and wife is upset with him. But a coincidence might bring him to the right place at the right time and give his life a drastic turn. And that happens when he is assigned to kill a target for which he is paid heftily.

A coincident rather an incident happens that leaves Part and his wife in possession of a huge sum of money that is about to lead to some serious consequences. Later comes in Amit Sial’s character whose girlfriend has been murdered alongwith his ₹5 crore being stolen and eventually he is on a desperate hunt to find the culprit.

Yahspal Sharma is seen in a traditional attire with a tilak on his forehead shouting at someone about murdering a neighbour on the call. Sushant Singh’s character also joins the hunt of finding the killer but looks like he might play a double game in SonyLIV’s ‘A Simple Murder’.

While Parth is worried about what happened, he is also not able to trust his wife with all that money who he later finds out is cheating on him with Rahul. Amit Sial and Sushant Singh’s characters discover that someone named Rahul has all the money and they can catch him. Meanwhile police is investigating a murder case helmed by a funny cop played by Gopal Dutt.

SonyLIV’s A Simple Murder’ looks like a fun yet dark cat and mouse chase with all bits of suspense, drama, thriller, action and comedy. A mix of all these complex genres isn’t easy but the extremely talented cast seems to do a wonderful job.

Produced by Ajay G Rai of JAR Pictures, ‘A Simple Murder’ is an original series that is all set set to premiere exclusively on SonyLIV on 20th November, 2020.