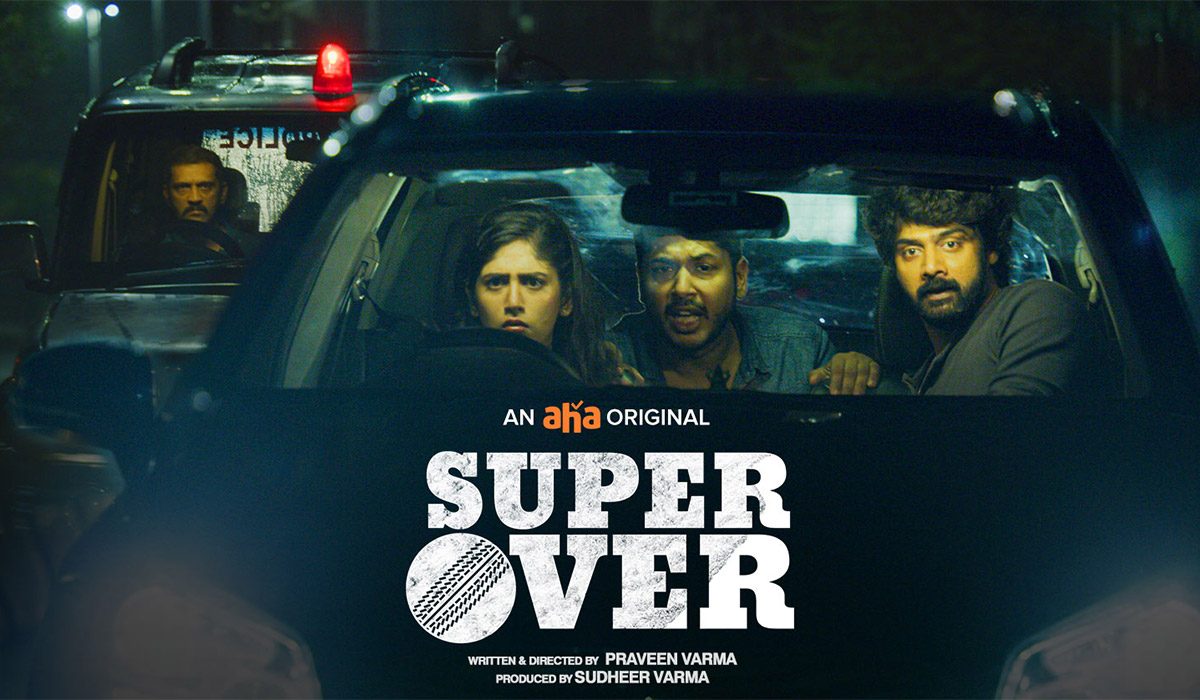 Super Over, the latest Original film of Aha Video is all set for its premiere on the 22nd of this month. The makers have released the trailer of the film starring Naveen Chandra, Chandini Chowdary, Rakendu Mouli, Ajay, and Others.

Super Over is the story of Kaasi (Naveen Chandra) and his friends who resort to cricket betting for easy money with the help of their old friend, Bookie Bangarraju (Viva Harsha). As fate has it, they lost 1.7 Crore in the betting and resorts to a robbery to pay the money. The rest of the story is all about the cat and mouse chase between them and the police headed by Ajay.

The story looks simple at least from what we see in the thriller and it is all about how it is narrated interestingly. The robbery episode and the run have to be effectively handled. The cast looks confident in the trailer. Sunny MR’s background score stole the show while Diwakar Mani’s visuals are impressive, to say the least. The trailer looks promising and if the film is effectively handled like how the trailer is, the Aha video will have a winner in hand. The film is directed by a newcomer, Praveen Varma, and is presented by filmmaker Sudheer Varma.