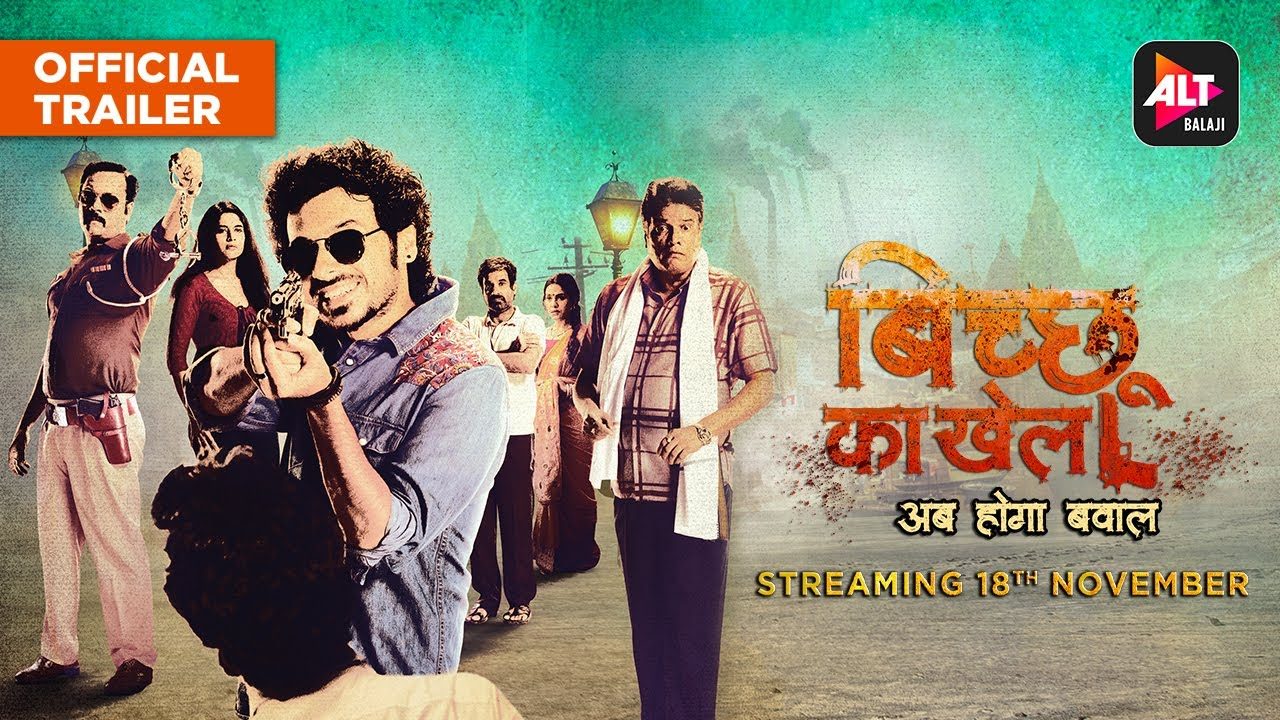 The trailer for Zee5 and ALTBalaji Club original series ‘Bicchoo Ka Khel’ is out and it’s literally lit. The series is set in Varanasi, Uttar Pradesh and is a crime-thriller drama directed by Ashish R. Shukla. Bichchoo Ka Khel will launch on Zee5 on 18th November, 2020.

The trailer begins with Akhil Srivastava (Divyenndu Sharma) in an interrogation room at the police station with Nikunj Tiwari (Zeishan Qadri), the investigating officer asking him the reason behind killing Neel Choubey. To this Akhil very confidently tells him that the story is long and he will have to give him time to explain.

The trailer then takes us into a flashback to the night of Rashmi’s (Anshul Chauhan) engagement where we discover the intimate relationship between Akhil and Rashmi. After getting refuted by the officer Akhil’s story changes track and we find him talking to his father (Mukul Chaddha) in a prison hatching a plan for their escape with aid of one Goli Yadav, who claims himself as the ‘Batman of Banaras’.

On the other hand, few influential people are seen discussing about converting Banaras into Beijing. In between we also catch glimpses of other actors including Rajesh Sharma. Meanwhile Akhil’s life shatters as his father is found hanging in the jail. Angry Akhil now seeks revenge from the people responsible for the police cover-up to which he lost his father.

What follows is a sounds of gunshots and a couple of deaths, including that of a child and a woman. In the pursuit of revenge Akhil realises that it’s the people you trust are the ones who betray you.

Somehow, Rashmi gets involved in one of the biggest scams of the city for which Akhil gets furious and worried simultaneously. But he doesn’t stop the search for finding his father’s killers and in the process finds out that 3 policeman came from Lucknow and were followed by a lady too.

While looking for the truth Akhil seems to have discovered something much bigger going on. With quirky dialogues and retro music in the background, Akhil is hell bent on avenging his father’s death and manipulating and screwing the system in the process. And that’s how the ‘Bicchoo Ka Khel’ begins.

Towards the end of the trailer video, when the cop asks how Akhil would now escape from a murder charge, to which he gives a witty reply that he won’t and its the system that will protect him.

The story of Bicchoo Ka Khel revolves around Akhil, a budding writer, who loses his father due to a police cover-up after some unfortunate accident. What follows further is Akhil’s plan to extract revenge which includes manipulating the law and getting away with a murder.

Bicchoo Ka Khel makes for a gripping and thrilling series where things may or may not go according to the plan with some unexpected twists and turns.