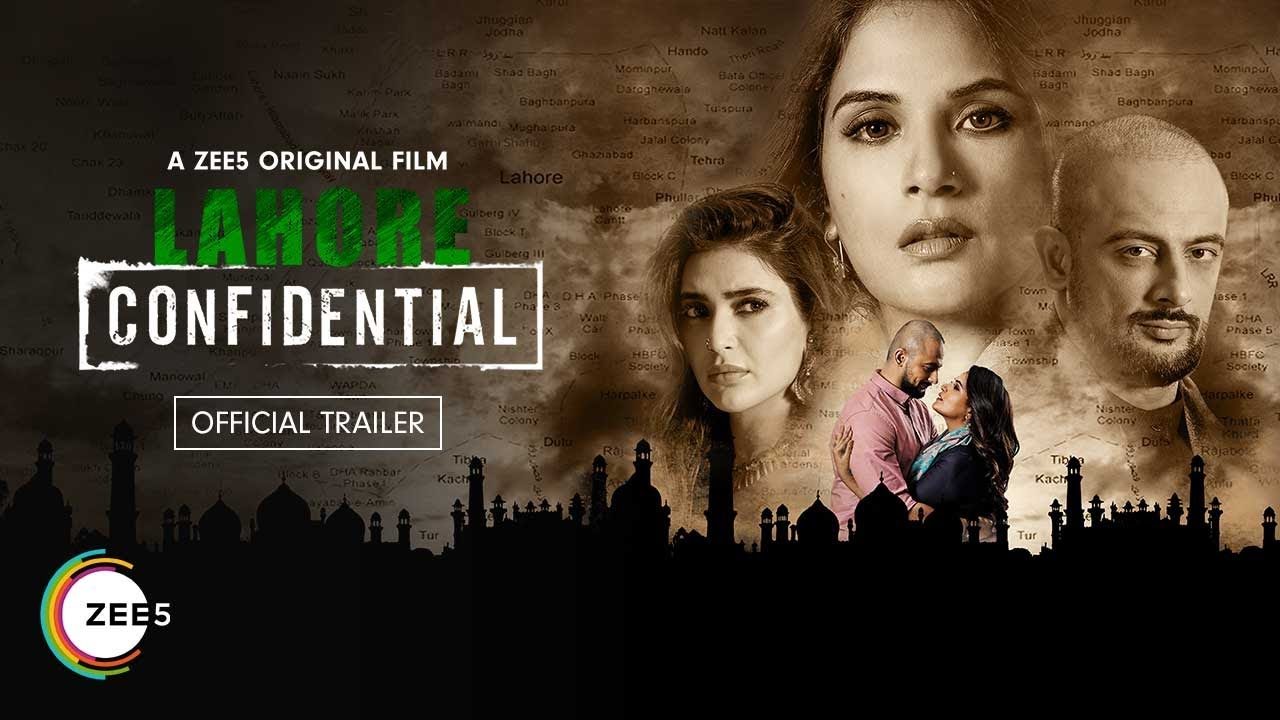 Zee5 dropped the trailer of its upcoming espionage thriller ‘Lahore Confidential‘ and this time the intensity is a notch higher. Helmed by Kunal Kohli, the Zee5 original film mixes spy action and romance into one. ‘Lahore Confidential’ will premiere on Zee5 on 11th December, 2020.

As the situation becomes grave with the killing of three Indian agents in broad daylight and a massive open attack, RAW agent Ananya (Richa Chadha) is assigned to go on a confidential undercover mission to Pakistan under the disguise of a writer-poet. Her task is to find out who in Pakistan is behind the funding of terrorist organisation against India.

On reaching Pakistan, Ananya gets introduced to Rauf (Arunodoy Singh) at one of his parties through another Indian agent played by Karishma Tanna. Rauf and Ananya’s bond grows strong over the mutual fondness for poetry, eventually falling in love with each other. But we don’t know if that’s part of the plan or not.

Meanwhile, the situation is a tense one and the relations between the two countries are not at its best. Talking about Rauf, he is an ISI agent who claims that he isn’t against any particular religion, but only against the bloody war and the people involved in it. And it seems like an indication to something more sinister being planned, as seen in the following scenes of the trailer.

With everything depending on Ananya, the question that the story of the film seeks to find answer to is, whether Ananya will do whatever it takes, when put in a situation to choose between the love of her life and the love for her country?

Whether it’s romance, action, drama, suspense or thrill, ‘Lahore Confidential’ keeps the intensity meter hot and high. The performances look solid specially from Richa Chadha – the lady in focus throughout. On the other hand, Arunoday Singh woos through his mysteriously charming character. Surprisingly, Karishma Tanna appears only sparingly in the trailer.

Starring Richa Chadha, Arunodoy Singh, Karishma Tanna and Khalid Siddiqui in the lead, ‘Lahore Confidential’ is second in the Confidential franchise after ‘London Confidential’. While the latter fell short on the thrill quotient, it will be interesting to see how the former turns out.

A Zee5 original film, ‘Lahore Confidential’, is a gripping romantic espionage thriller that will premiere on 11th December, 2020 only on Zee5.