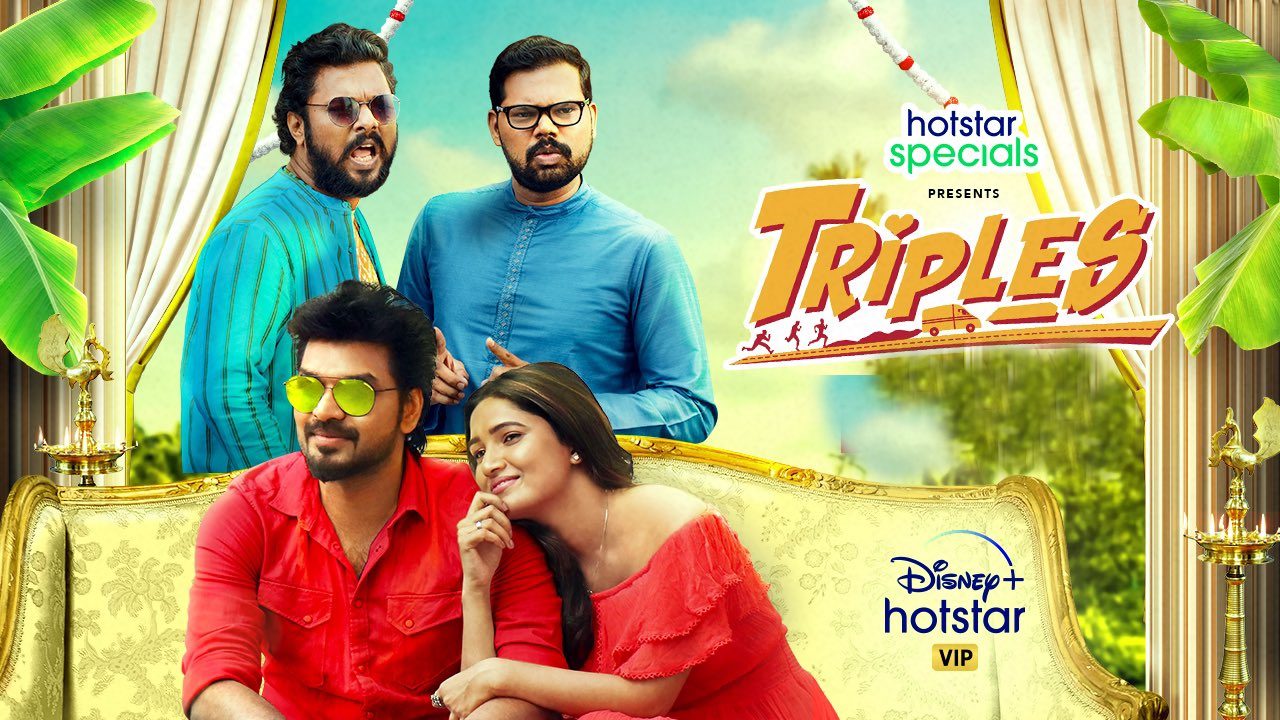 Triples starring Jai Sampath and Vani Bhojan is the latest web series of the leading OTT Platform, Disney + Hotstar. The promotions of the web series are in full swing. After releasing the trailer earlier this week, the makers have released a romantic song ‘Nee En Kannadi’ from the movie.

The song has music by Vishal Chandrashekhar and lyrics by Charukesh Sekar. Singers Govind Prasad and Sinduri Vishal crooned the songs whose lyrics emphasize the depth of the relationship between the lead pair. The voice of Sinduri Vishal is particularly soothing in the melody. The songs are rare in the web series. This song finds a place and is impressive as well. The montages of various visuals used in the song trailer are also impressive.

Triples is the first of Disney + Hotstar’s slate of exclusive Tamil releases. The web series which marks the digital debut of Jai and Vani Bhojan will have eight episodes and is all set to release on December 11th. Debutant Charukesh directed the web series, the web series will be available in seven languages. ‘Triples’ is all about a comedy of errors by three friends who run a coffee shop on their unforgettable trip to Goa.