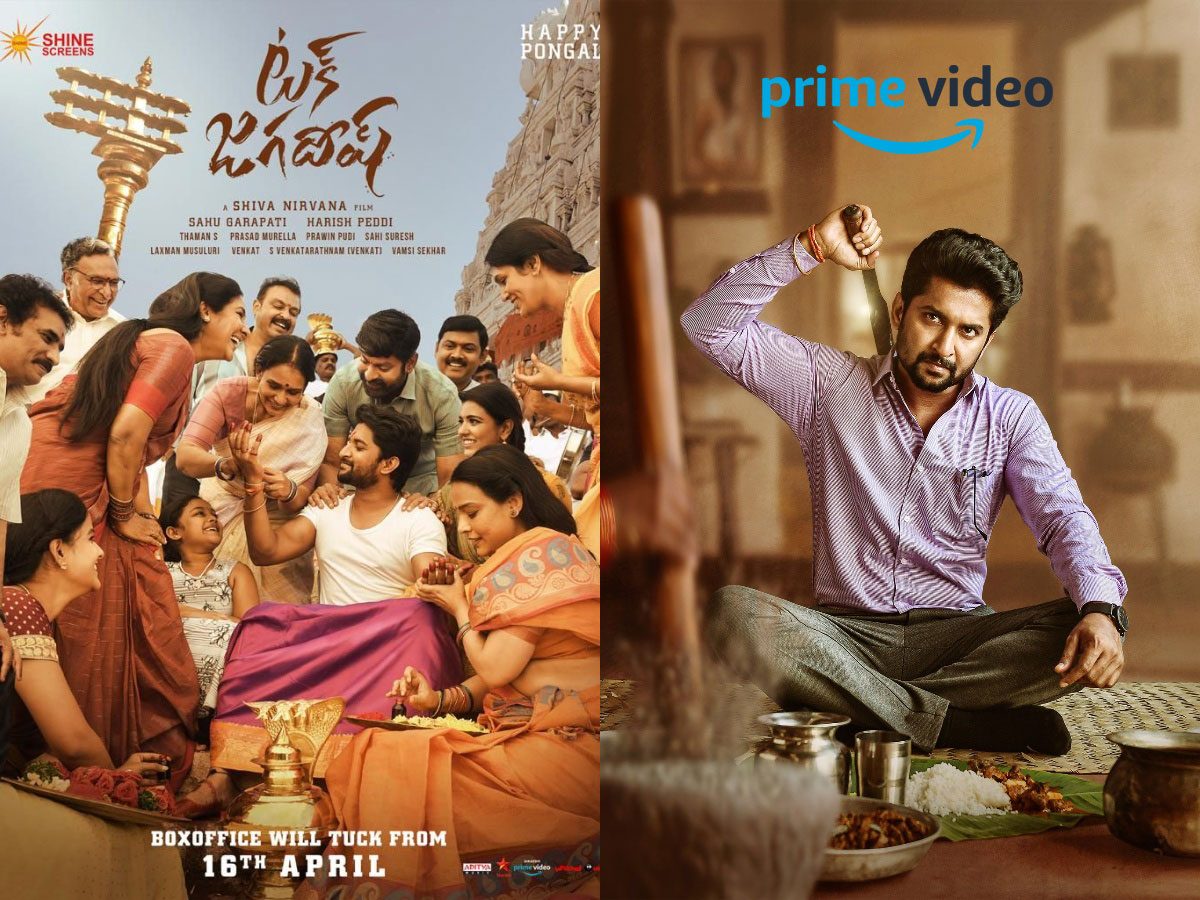 Leading OTT Major, Amazon Prime Video has bagged another Telugu Biggie. The movie has bagged the post-release Digital Rights of Natural Star Nani’s next, Tuck Jagadish. The movie has completed its shooting part recently and has announced its arrival for April 16th as Summer Special.

The makers have released a Special Poster as Sankranthi Special and added a logo of Amazon Prime Video confirming the Digital Rights Deal. This is the first time a movie has confirmed its digital rights partner so early. There were times Telugu films used to hide their Amazon association as much as possible since Amazon means early Digital Premiere which even impacted a film’s performance in the theaters.

Looks like Tuck Jagadish has bucked the trend. Tuck Jagadish brings the combination of Nani and Shiva Nirvana who previously gave a successful film like Ninnu Kori. It may be known to our readers that Nani’s last film, V has skipped its theatrical release and streamed on Amazon Prime Video during the Lockdown. Tuck Jagadish has completed its shooting last month but the makers still feel it is not right to release the movie in these uncertain times and are waiting for things to get better in the theaters by Summer.