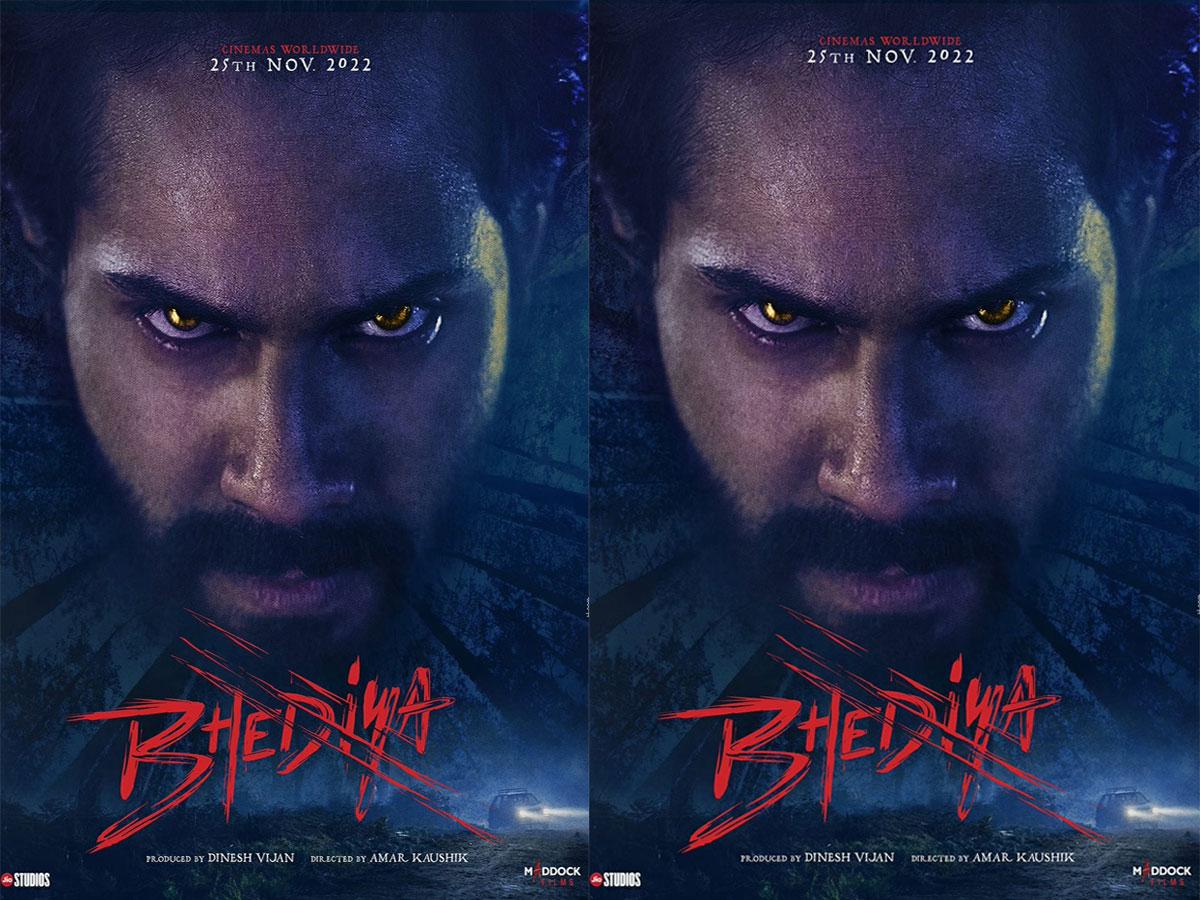 After the super success of the Rajkummar Rao horror comedy ‘Stree’, director Amar Kaushik and producer Dinesh Vijan of Maddock Films come together again for their next film, titled ‘Bhediya’. Jio Studios is co-producers of the film. The makers released the first look of the film this morning, along with a new release date for it. Bhediya will premiere in theatres exactly one year from today, on 25th November, 2022.

Bhediya is again a horror comedy, and stars Varun Dhawan and Kriti Sanon in the lead roles. The first look of the film revealed this morning features Varun Dhawan in a never-seen-before avatar. The actor seems to be playing a werewolf in the film, if the first look of Bhediya is anything to go by. With eyes glowering like burning embers, and an intense look on his face, Varun Dhawan is definitely a sight to behold. Featuring prominently in the title logo of the film is the harsh mark of animal claws swiping across the title.

Bhediya was earlier scheduled to release on 13th April, 2022. However, the makers postponed the film owing to production delays, and will now release it on 25th November.

Have a look at Varun Dhawan’s social media post, showing off his first look from ‘Bhediya’ –