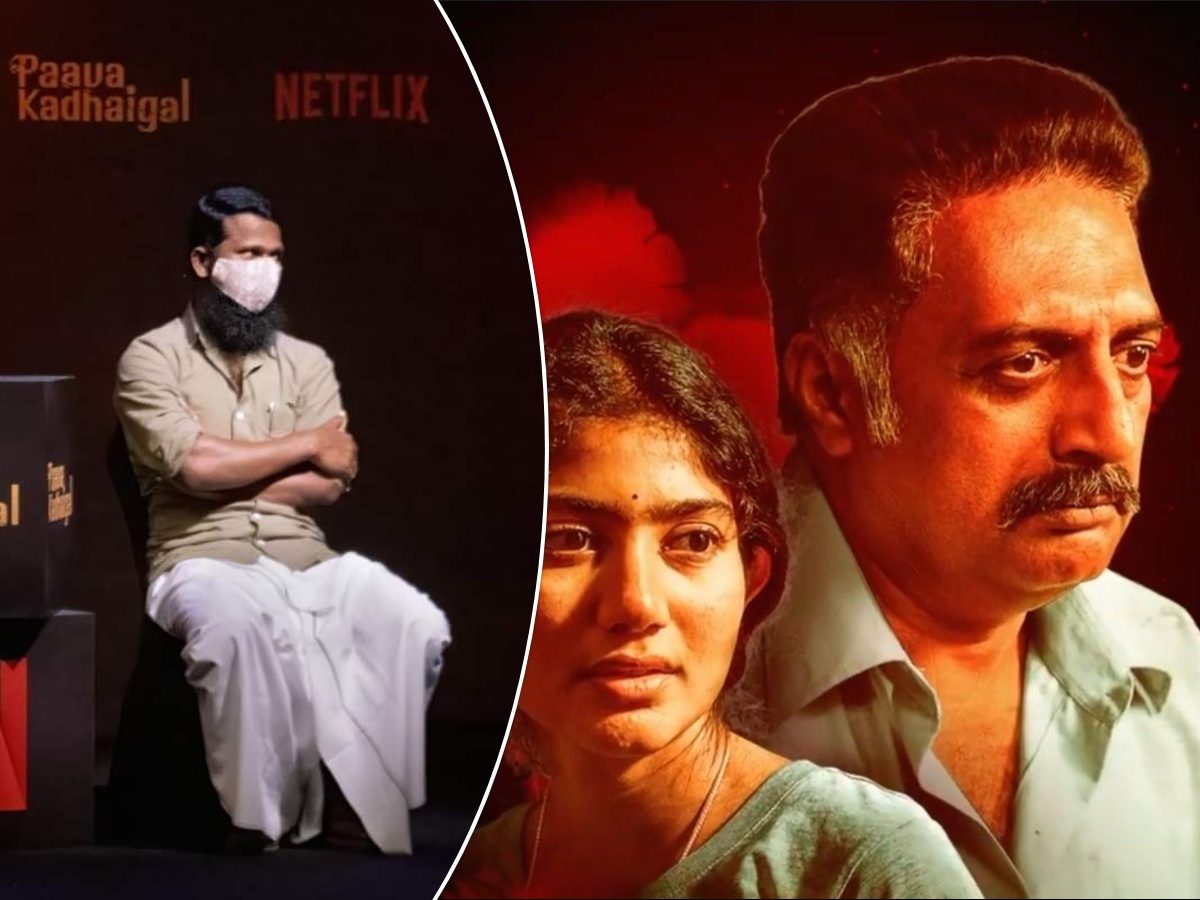 Netflix is coming up with its first Tamil original anthology film, “Paava Kadhaigal”. Set to release on the 18th of December, the film is a collection of four short films that will very close human relationships and will be based on 4 basic themes of human life- Honour, pride, love and sin. It will see how critically all these are connected and can play roles in someone’s life.

One of those four stories is a story about a relationship between a father and daughter. Directed by the national award winner Vetri Maaran, the short film stars Sai Pallavi and Prakash Raj in the lead. The short film shows how an estranged father comes back looking for his newly married, pregnant daughter. He mentions in one of his dialogue how he couldn’t stay away from his daughter once he got to know she was about to conceive.

Vetri Maaran said in one of his interviews how he wanted to explore a certain relationship and didn’t just feel like making a story that was lust filled or something of the similar taste on Netflix. This was him slightly telling people about Netflix’s earlier show Lust Stories.

Vetri Maaran chooses a story that is really close to everyone’s heart. We all know what a daughter means to a father and what a father means to a daughter. A bond that is nothing but pure in all forms can never have differences for long. There is definitely going to be something or the other that will always bring them together. Yes, fathers tend to care about the honour and hence most of the time have abandoned their own blood but there’s always a point that will bring them together. In this society, they are made to think that they should carry the honour of the family and hence also sometimes end up pushing the children towards it. It is only when they rebel against it, they tend to break ties.

No daughter would ever like to grow up without a father or start a family without his blessings. A father’s importance cannot ever be compensated by anything in this world and Vetri Maaran’s story in Paava Kadhaigal seems to be the proof to this.