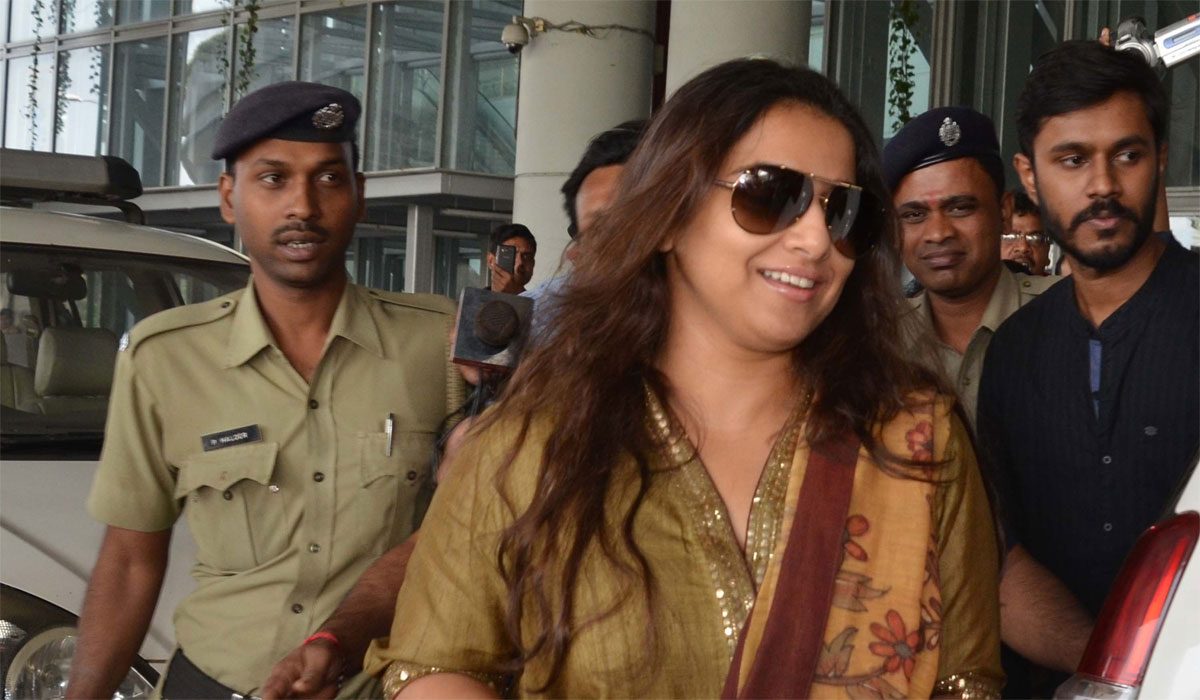 Vidya Balan, without doubt is one very versatile actress and with the films she chooses, she is getting even more amazing with time. Vidya Balan, has the ability and capacity to carry a film without the need of a star male lead and she has proved that over and over again. She already has a lot in bag at the moment and she is already adding one more to her collection it seems.

According to reports of an online publication, Vidya Balan apparently has signed up for a brand new film. With this new film, she will be reuniting once again with her “Tumhari Sulu” creators. Ellipsis Entertainment that is headed by Tanuj Garg and Atul Kasbekar has been working with Vidya for quite some time and has gone through some scripts for the upcoming movie. It was after a lot of discussions that they decided upon the script which Vidya will be leading in.

At the moment, nothing about the upcoming movie has been disclosed. But according to the makers, the movie will be the same like how “Tumhari Sulu” was. It will feel good, a slice of life kind of movie but most importantly it will be female-centric. According to the makers, the character Vidya will be essaying will have a lot of emotional undertones and will be true to life. With this film, many will be easily able to connect themselves with the character in many ways.

The shoot and production of the film will begin after the situations around the country normalises and Covid-19 finally starts reducing. It looks like they are not in a hurry with it, which is good keeping in mind the situations all over. The movie will be shot in Mumbai as well as parts of South India, in a 45 days schedule.

Even with so much of discussion and the release of details to the media, the makers have maintained that nothing is decided and that everything is speculative at the moment. Ellipsis Entertainment is known in the industry to create some of the most impactful stories and “Tumhari Sulu” was amongst their first films, so we can understand that Vidya is definitely a family to them.

Vidya Balan, at the moment is getting ready for her upcoming movie Sherni, which is set to release on OTT, just like her earlier movie “Shakuntala”. She is also onboard the movie which will be a biopic dedicated to India’s former Prime Minister Indira Gandhi.