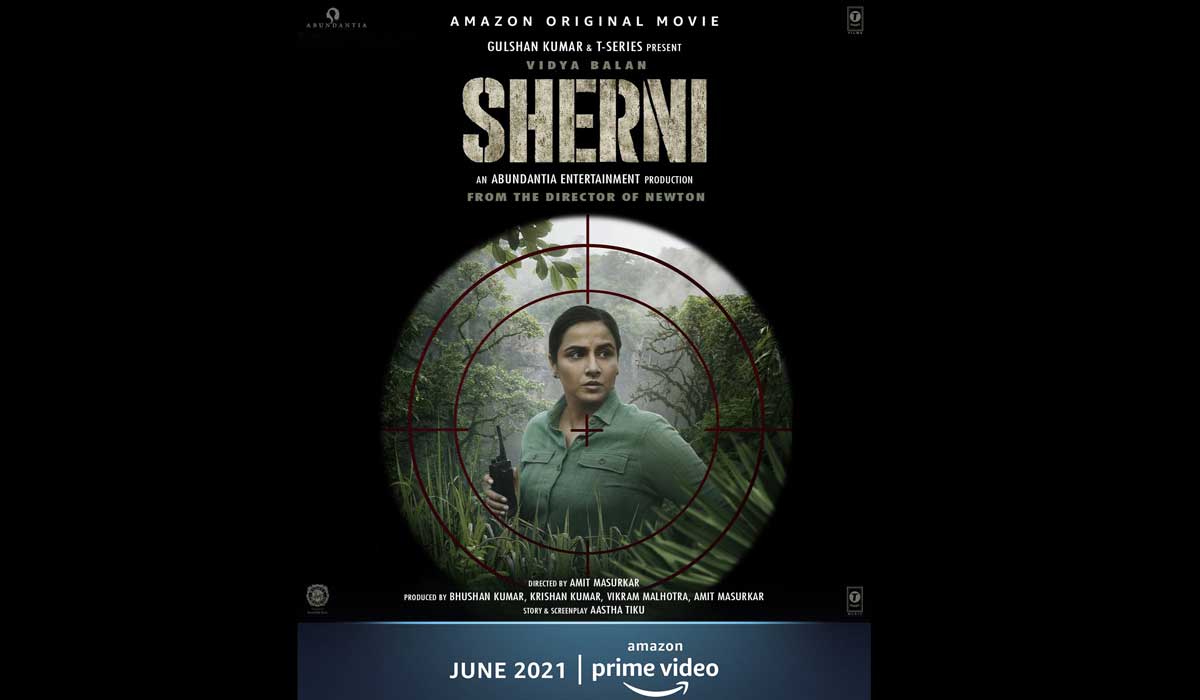 Fans have been waiting for Vidya Balan’s upcoming film “Sherni” and ever since it was announced that the movie will be releasing digitally, fans have been even more excited. Sherni was announced to take the digital route with Amazon Prime Video streaming the movie. Even though, earlier nothing was confirmed as to when it will drop, Prime Video now has officially released the first look of the movie, starring Vidya Balan.

Not only the first look has made it to the fans, Prime Video has now announced that the movie will be coming to the streaming platform in the month of June. Though, there is no date attached at the moment, fans are definitely excited because it is now just a month away.

The movie stars Vidya Balan as a forest officer and it will look into a very crucial matter that has been an issue for quite some time. The movie is focused on the human wildlife conflict and how the forest officials tackle such situations is the basic plot of how this movie will go. It is said that even though Vidya Balan will be seen as a tough forest officer, she will have an underlying comical tone that will make her character even more interesting.

Well, tough exteriors, strong characters and underlying comic timing is what defines this great actress and going with the concept this too will definitely stay in people’s mind for a long time. Along with Vidya, Vijay Raaz, Sharat Saxena, Neeraj Kabi, Ila Arun, Mukul Chadda, and Brijendra Kala will be seen in major roles. The movie is directed by Amit Masurkar, who has directed movies like Newton, and is written by Astha Tegu. The film is produced by Abundantia Entertainment and T-Series.

Before, “Sherni”, Vidya Balan’s “Shakuntala Devi” too, was released last year on Prime. Both of her movies in these two years have opted for digital release and all of it because of the increasing cases of Covid-19. Interestingly, the concept of the movie “Sherni”, the human-wildlife conflict will come up for the second time in a movie this year. The first to discuss this was Rana Dagubatti’s “Haathi Mere Saathi” which skipped the Hindi version, but had a successful theatre run for its Tamil and Telugu versions.

This will be exciting to see how “Sherni” tackles the issues of human-wildlife conflict, which has only grown in the past few years. The movie is said to be based on some true, real life incidents.

She is ready to leave a mark!