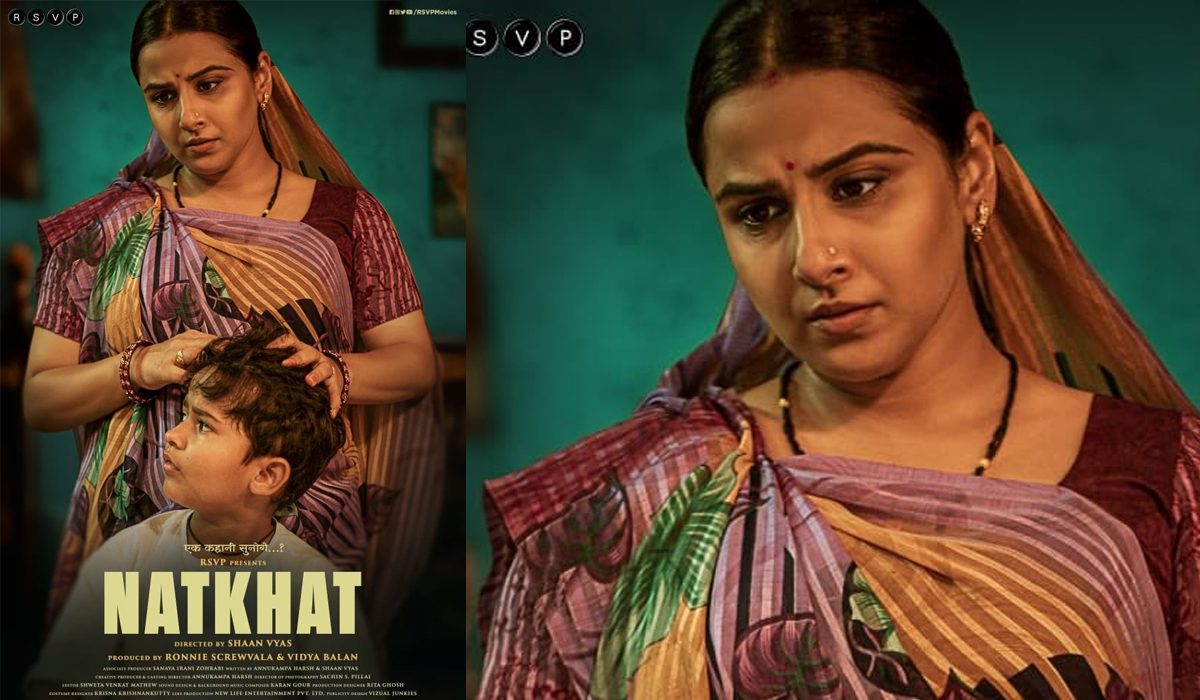 Having conquered all the bastions in the acting sphere, consummate actress Vidya Balan has now set her sights on acing the realm of filmmaking. She took the first step towards realising that aim, when she revealed the first look of her maiden film as producer. Yes, Vidya Balan has turned producer, and the film in question is titled ‘Natkhat’. Vidya Balan’s first film as producer is a short, in which she also acts.

Vidya Balan launched the first look of Natkhat on her social media handles on Tuesday evening. She is seen wearing a sari in the traditional style of North Indian women. While her hands are busy at work giving a head massage to a young boy —probably her son — her mind is far away from the job at hand. Her facial expressions show that she is lost in another world, mired in anxious and perplexing thoughts.

Natkhat apparently features a powerful narrative that seeks to bust patriarchy, alter the train of thought of young minds, and convey the message that respect for women should be inculcated in boys right from a young age. Natkhat addresses hard-hitting, problematic issues such as rape, misogyny, patriarchy and discrimination against the fairer sex on the basis of her gender. Is is a film that is certainly the need of the hour in our country.

Natkhat is written by Annukampa Harsh and Shaan Vyas, directed by Vyas and produced by Ronnie Screwvala and Vidya Balan.

No date has been revealed for the release of Natkhat, nor the destination of release. 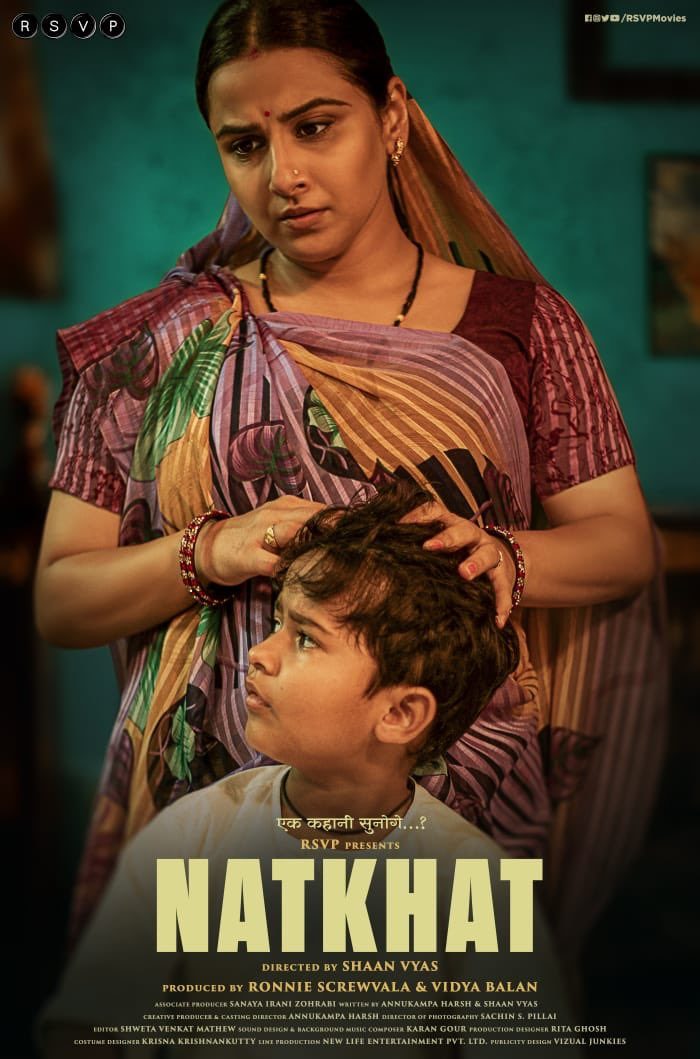