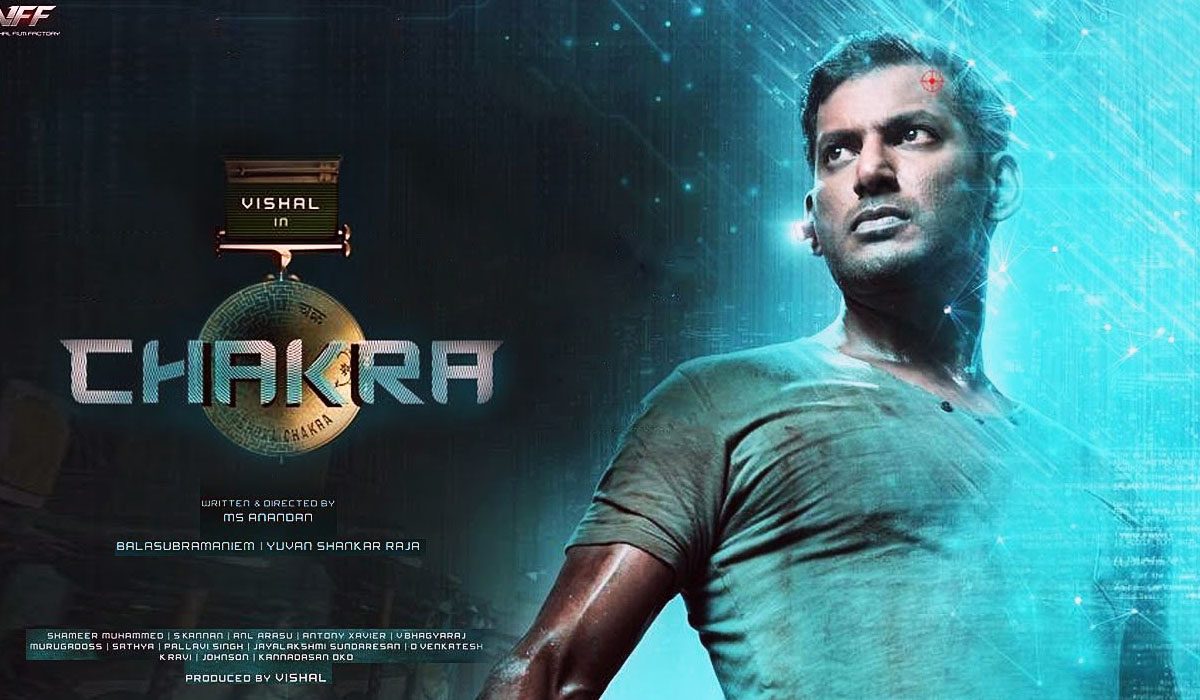 Vishal’s upcoming movie “Chakra” is on the news once again. This time it is for the release date. If you are wondering if it is releasing on an OTT platform and why hasn’t it come up with the platform name at the least, well you are wrong this time. Chakra won’t be releasing on any OTT platform at the moment, in fact it will be heading towards theatrical release. The date isn’t revealed as of yet but it has been declared that it will be releasing in the month of February; the film team has confirmed this particular news.

As the dark world of pandemic and lockdown is almost lifting up and the theatres are also back to functioning once again, the makers have probably thought to release Chakra in theatres. The month of February will be a big one in terms of Tamil movie releases, as Dhanush’s “Jagame Thanthiram” and Sunainaa’s “Trip” will be releasing too. Chakra, on the other hand has come a long way since it’s trailer launch as it was released last year and was supposed to come through to the audience as a direct-to-OTT release.

Earlier Madras High Court had stalled the release of Chakra, as there were certain issues between Vishal and his previous film’s production house, “Trident Arts” that needed to be solved. Apparently, Vishal was supposed to do his latest movie Chakra with Trident Arts but later realised that he has already moved it to his own home banner, Vishal Film Factory. The movie was not to be released on any OTT platforms till September 30, 2020. While after the period was up, Madras High Court rejected the plea order of increasing the deadline and asked to move ahead with the release. This came in after the deadline September 30, 2020 was up.

The movie will be the directorial debut of MS Anandam, who also has written the film. The basic plot of the movie revolves around cyber crime and e-commerce scams. The movie will be an action thriller and also stars Shraddha Srinath and Regina Cassandra in pivotal roles.