Home News What Will ‘Bell Bottom’ Makers Do Now? A Scary Statistic Explained 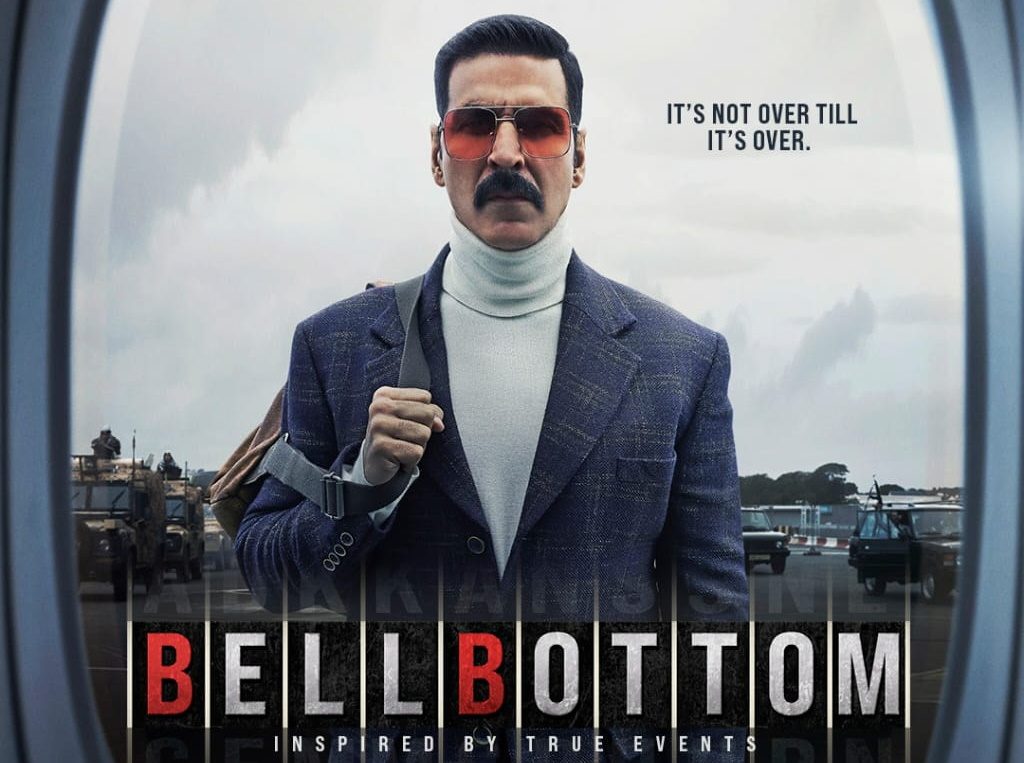 The Indian film industry’s supremely talented performer Akshay Kumar had revealed yesterday in his trademark charismatic style that his upcoming spy thriller ‘Bell Bottom’ will release in theatres in 3D on August 19, 2021. Thereafter, we were also informed that the film’s trailer will come out the next day, that is, today.

A few hours later, another news came out that cinema theatres, drama theatres, and multiplexes in Maharashtra will remain closed until further notice. The makers of ‘Bell Bottom’ had planned their release based on the assumption that cinemas would be open to the public at the time of the film’s scheduled theatrical release on 19th August.

Although their undaunted commitment for an exclusive theatrical release would have been a blessing for the Hindi film industry, the makers may now be rethinking their options considering the recent modification in pandemic guidelines. Whether theatres will reopen before 19th August is subject to speculation. And releasing a big-ticket film excluding cinema halls in Maharashtra may not be a lucrative decision as the state makes up for an integral part of Hindi film audiences.

Even if theatres open before the film’s release date, are the audiences actually ready to watch any film on the big screen? Because, as per a recent survey by LocalCircles, just 10% of the participants have confirmed that they would visit theatres in the months of August and September.

This is a scary statistic for a film like ‘Bell Bottom’ which is scheduled to be released in the month of August. The film’s trailer is supposed to be unveiled today. If it releases today as per plan, it would be interesting to see whether the makers keep the same release date of 19th August as of now or postpone it considering the revised guidelines.

Even if we suppose that theatres might reopen before 19th August, they will likely be restricted to 50% occupancy as in the case of many other states. The last pre-pandemic Akshay Kumar’s release ‘Good Newws’ grossed north of Rs.200 crores domestically. So, with 50% capacity, the collections for a new film may be reduced to, say, Rs.100 crores (a rough estimation). The revenue for ‘Good Newws’ Mumbai territory reportedly accounted for around 30% of the total box office collections. So, the net figure may come out to be Rs.70 crores (excluding Maharashtra).

Moreover, if we take into account the above-mentioned 10% survey statistic (which is perhaps the most critical aspect), the resultant figures might be quite discouraging for theatrical releases for any big-ticket film. You can do the remaining math yourself. It’s a scary statistic for any filmmaker who intends to release any film in theatres during this time.

The makers of ‘Bell Bottom’ will now certainly be in a dilemma regarding what release strategy to adopt now, given the modified conditions. Will they adopt a hybrid date-and-date release strategy like ‘Radhe’ did? Or will they go ahead with the planned exclusive theatrical release strategy and set a new benchmark without the film’s release in Maharashtra? That’s the golden question and a tough call for the makers.

Their noble intention to release the film in theatres might also be for the sake of the film industry and cinema hall owners but even for that matter, they might have to reconsider the new cost-benefit analysis subject to new constraints. We may get more clarity on that when the film’s trailer releases today as per plan. In either case, the audiences are super eager to watch the film for its intriguing premise and the presence of Akshay Kumar. And that certainly includes us.