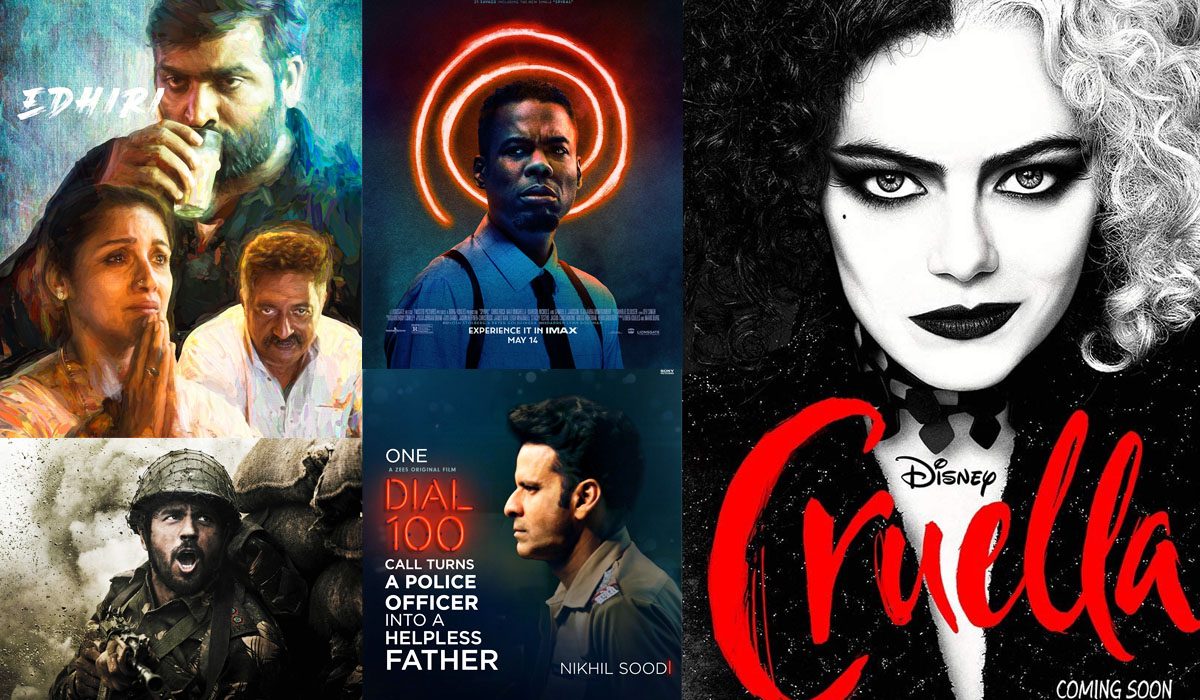 August brings a lot of festive cheer in the country, what with its surfeit of auspicious days. Though Covid-19 is a dampener in the mood this year, streaming platforms are doing their bit to cheer us up with a flood of interesting OTT releases. There are shows and movies to cater to every taste, coming up on OTT platforms. In short, there’s something for everyone on OTT this August.

An anthology of short films on the nine emotions or “rasas” that make up human beings. Each short film in the anthology depicts one emotion, and each will be helmed by a stellar director – Arvind Swamy, Bejoy Nambiar, Gautham Vasudev Menon, Karthick Naren, Karthik Subbaraj, Priyadarshan, Rathindran Prasad, Sarjun and Vasanth Sai.

Manoj Bajpayee, Neena Gupta and Sakshi Tanwar star in this thriller, the story of which unfolds over one night. Neena Gupta plays a wronged mother, out to take revenge for the injustice meted out to her child. It is a racy, edgy story, with twists galore!

Kuruthi is a Malayalam political thriller film, directed by Manu Warrier. It stars Prithviraj Sukumaran, along with Murali Gopy, Roshan Mathew, Shine Tom Chacko and Srindaa in primary roles. The film depicts how hate is a fire that keeps raging, burning down everyone and everything that comes in its grip. Kuruthi is apparently a revenge drama with political overtones.

A war drama that chronicles the heroics of Captain Vikram Batra in the Kargil War of 1999. Such was his bravery that the Pakistani side had codenamed him Shershaah. Sidharth Malhotra plays the eponymous role in the film, also starring Kiara Advani.

Bhuj: The Pride Of India – Disney Plus Hotstar, August 13

A gripping patriotic war drama, set in the backdrop of the 1971 India – Pakistan war. Ajay Devgn plays an Indian Armed Forces officer who stands tall amidst devastating Pakistani attacks on the Air Force base of Bhuj, and retaliates in the most stunning way possible. Sanjay Dutt, Sonakshi Sinha,Sonakshi Sinha, Sharad Kelkar, Ammy Virk, Pranitha Subhash and Ihana Dhillo make up the rest of the cast.

A gritty thriller, it centres on how one man’s idyllic vacation becomes a desperate race for survival as rogue elements close in on him. The film is directed by Ferdinando Cito Filomarino, and stars John David Washington, Alicia Vikander, Vicky Krieps, Boyd Holbrook, Daphne Alexander, among others.

CODA is a Sundance Film Festival winner, which received accolades and appreciation from audiences and critics alike. The poignant story features a 17-year-old girl (Emilia Jones) who is born to deaf parents, but thankfully can hear. Music is her lifeblood, and when she gets a never-before opportunity to make her musical dreams come true, she’s caught between her love for singing and her responsibilities towards her family. For those who don’t know, CODA stands for “Child of Deaf Adults”.

A crime drama about the gangs of Mumbai. The powerful Angre family, led by Rani Mai (Supriya Pathak), has brokered peace among Mumbai’s underworld. But a twist of fate shatters the peace, leading to all out war. Also starring Rithvik Dhanjani, Tanuj Virwani, Samir Soni, Monica Dogra, Kannan Arunachalam, Amey Wagh, among a huge ensemble cast.

New series from creator David E. Kelley, starring Nicole Kidman and Melissa McCarthy. Kidman stars as the owner and director of a wellness retreat for the rich, famous and harried, looking to rediscover their mojo. But the happenings at the retreat put them in the position where they don’t know whether to give in to the craziness or run for their lives. A dark, deceptive series.

The Dr Death miniseries is inspired by the terrifying true story of Dr. Christopher Duntsch, a young, successful Texas neurosurgeon, who suddenly goes rogue. As patient after patient of Dr. Duntsch is left permanently disabled and even dead, two fellow physicians and Dallas prosecutor Michelle Shughart set out to stop him. An intriguing series, based on a true story.

The finale season of the most loved sitcom, which centres on the Brooklyn police force of the 99th precinct, and their adorable shenanigans. It will air on TV on Comedy Central, though we don’t know the date yet. It will also stream on Netflix, but at a later date.

Here’s the full list of the major titles coming to Amazon Prime Video, Netflix India, ZEE5, ALTBalaji, Disney Plus Hotstar and all the other OTT platforms in August –