Home News Where To Stream These 6 Must Watch Malayalam Movies Featuring Brilliant Supporting... 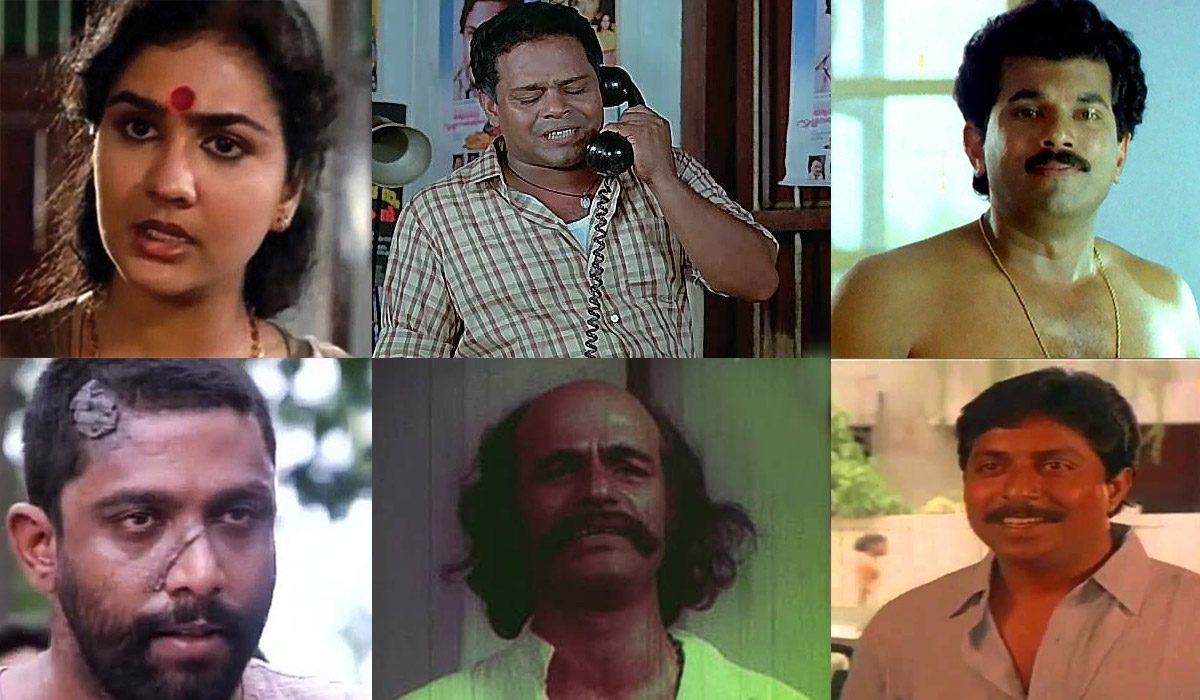 Brilliant movies such as Spadikam, Kireedam and Nadodikkattu are hailed as some of the best Malayalam movies ever made; it was not just because of the brilliant acting by the lead actor or the epic dialogues written by screenwriters, it was because the main lead(s) had an equally brilliant supporting cast to fall back on. So check out these 6 must watch Malayalam movies which features some brilliant acting by the supporting cast: 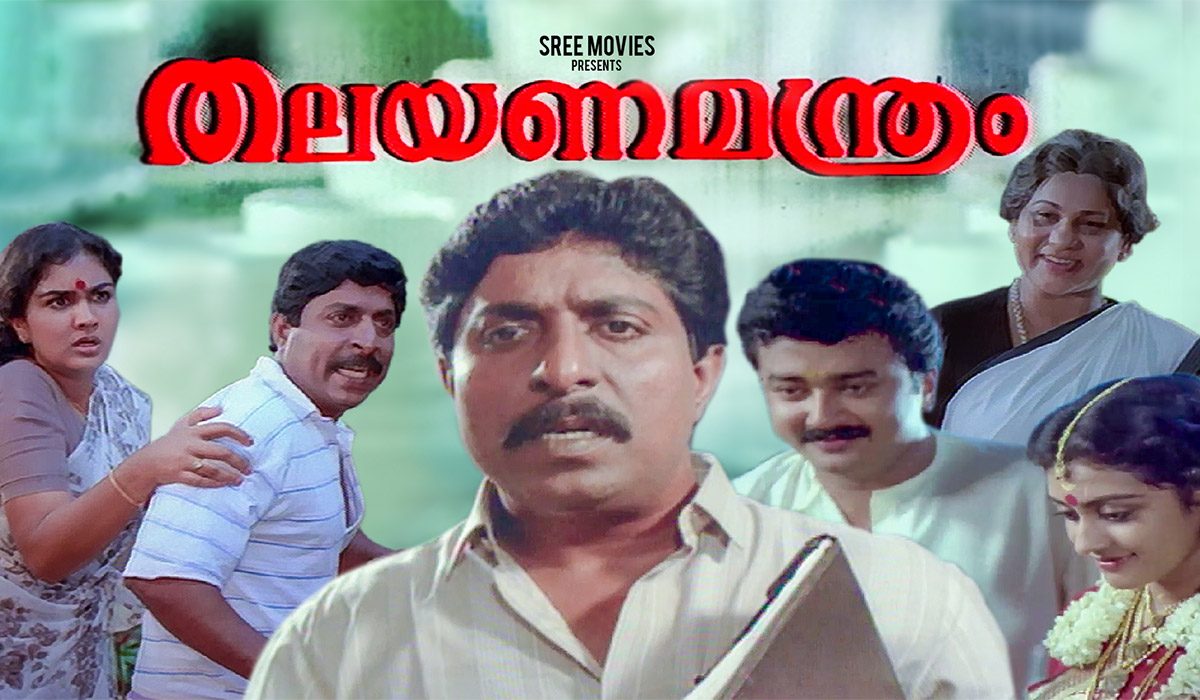 In this movie, Urvashi plays a much more different role than her normal bubbly, happy-go lucky ones; in this case, the role of a jealous and an entitled woman. Urvashi is unforgettable in this role and it just proved her pedigree as an actor at a young age. This movie is available for streaming on Amazon Prime Video.

Synopsis: Sukumaran’s new wife, Kanchana wants a glamorous lifestyle and demands her husband to provide her with one. Sukumaran, who agrees with it so as not to upset his new bride, soon finds himself in heavy debt which he is unable to repay. 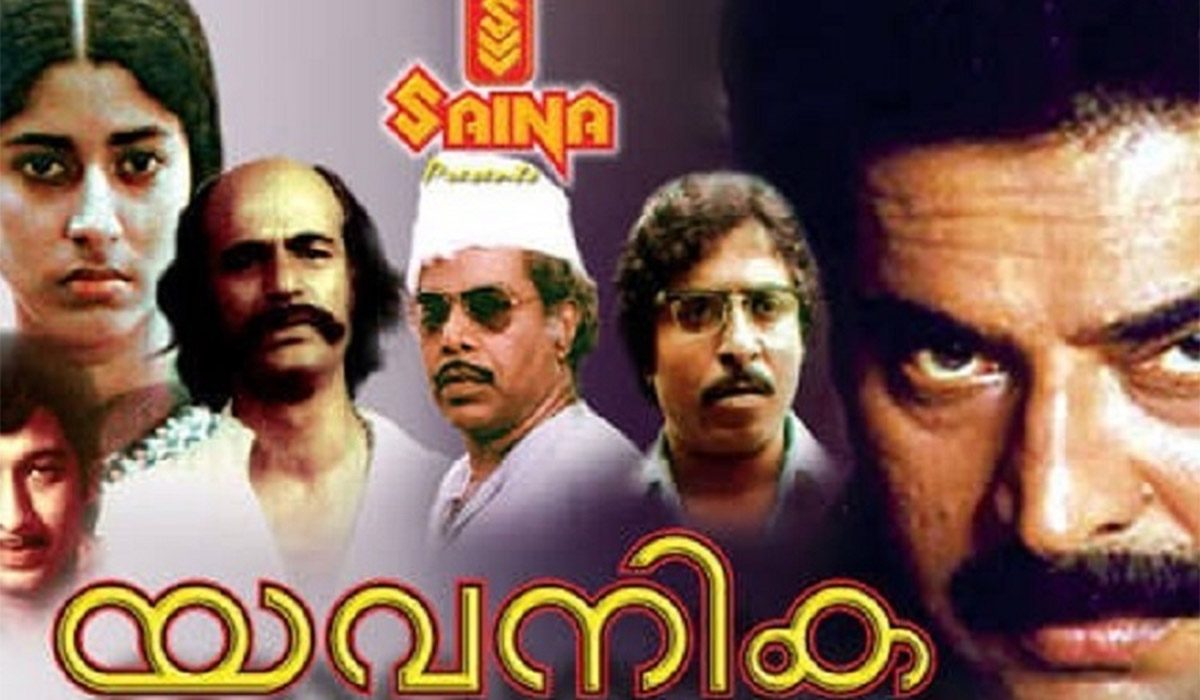 Much about Bharat Gopi’s character in this movie is shrouded in mystery. We know that this recently deceased character is a brilliant tabla player, who drinks quite a bit and is rude to others, but he was not an overly unsavoury character. But the eventual turn of the character makes this movie much different and shows the versatility of Bharat Gopi as an actor. This movie is currently streaming on Disney+ Hotstar.

Synopsis: When Ayyappan, a tabla player of a touring drama group, goes missing, Sub-Inspector Jacob Eeraly is assigned to investigate the case. But as the investigation starts taking a different route, Eeraly begins to find out disturbing truths. 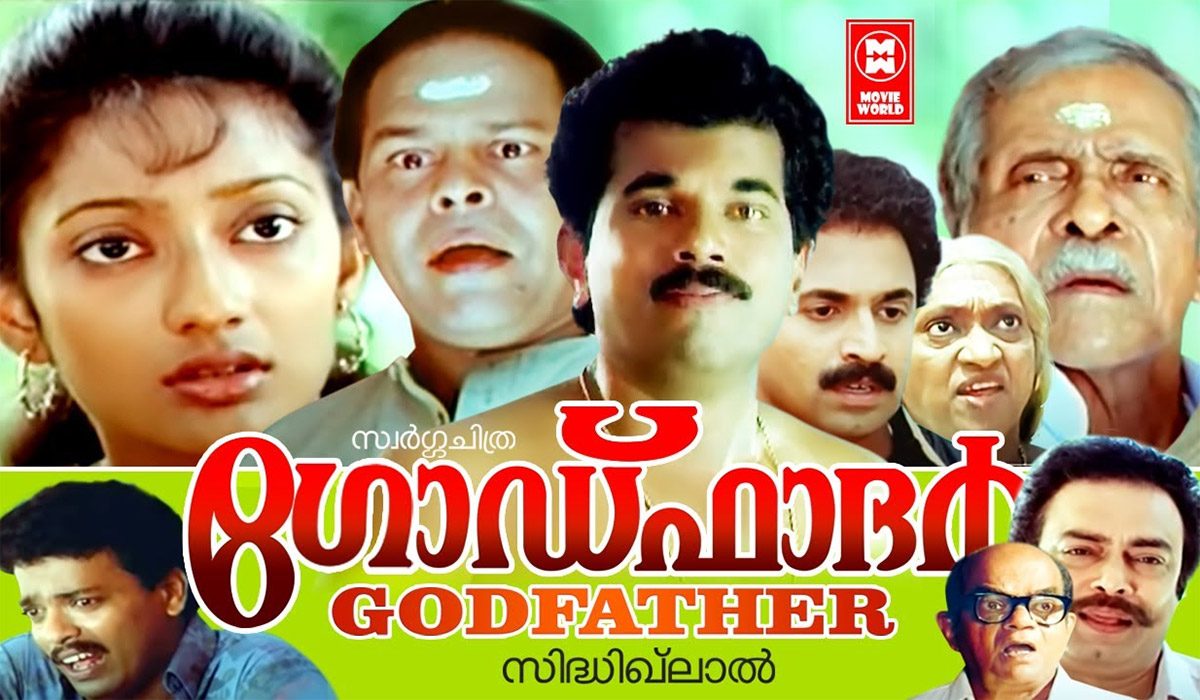 This movie is supposed to be the film where Mukesh broke out and made himself a bankable lead actor. But the film did well thanks to the brilliant supporting cast featuring Philomina, Thilakan, N. N. Pillai, Innocent, K.P.A.C. Lalitha among many others but no one was as memorable as Jagadeesh. His situational comedy made this “serious film” that much better. Check it out on Amazon Prime Video.

Synopsis: Due to Anjooran’s hatred towards women, his sons remain unmarried. The situation becomes complicated when Anjooran’s youngest son, Ramabhadran falls for Malu, the granddaughter of Anappara Achamma, who is Anjooran family’s biggest enemy. 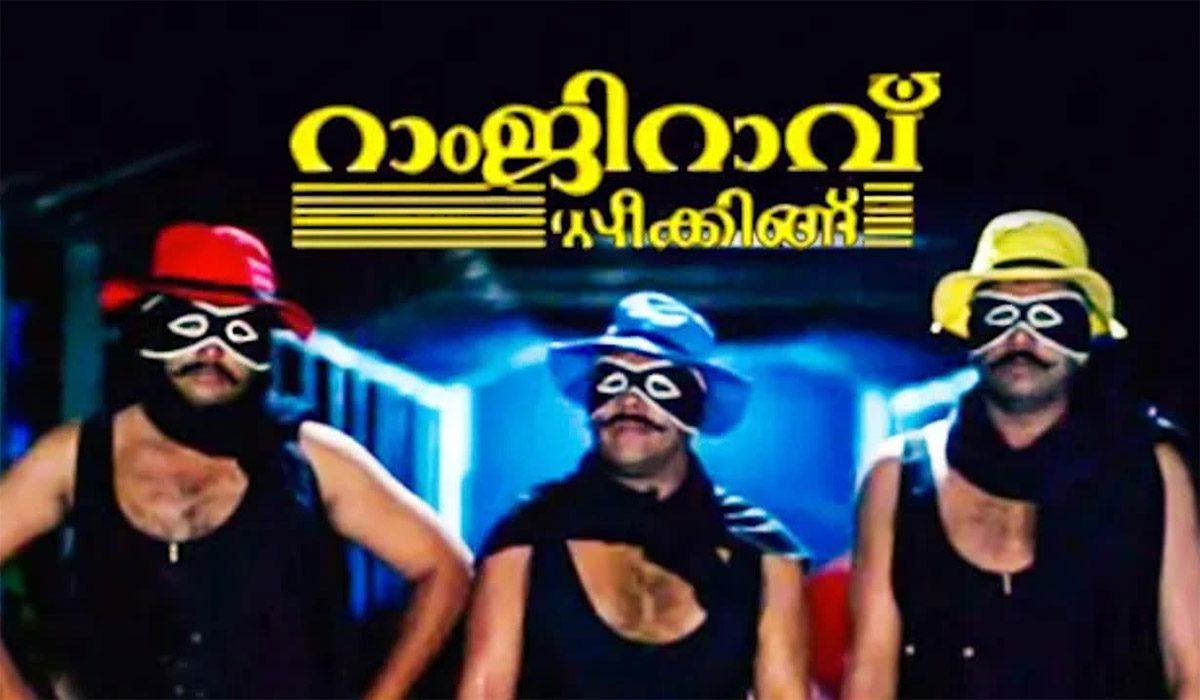 Although Mukesh and SaiKumar are the two main leads of this movie, there is a third person who rounds off this cult-classic trio. Innocent is the main comic-relief in this movie and he steals the show whenever he comes on screen (or whenever he opens his mouth). This movie is streaming in Disney+ Hotstar now.

Synopsis: Three unemployed bachelors try to make ends meet by getting involved in a kidnapping scheme due to a (wrong) phone number mishap 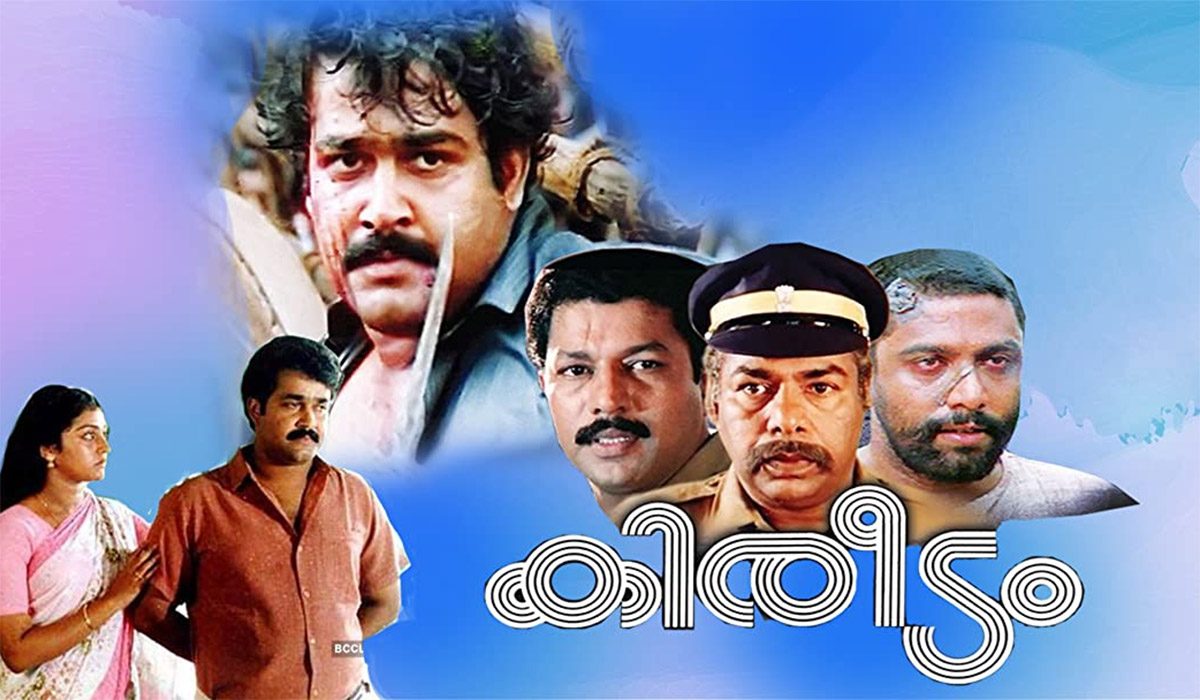 When an actor gets recognized by his character’s name and not his own, we know he was part of something iconic. Mohan Raj who is better known as Keerikkadan Jose for his iconic portrayal of Keerikkadan Jose in Kireedam (which is where he got his name), has portrayed many brilliant villains in his illustrious career, but none were as iconic as the one in Kireedam. Check the movie out on Amazon Prime Video.

Synopsis: Sethu aspires to become a police officer to fulfil his father’s dream (who himself is a police constable). However, his life turns upside down when he intervenes in a scuffle with a criminal to save his father’s life. 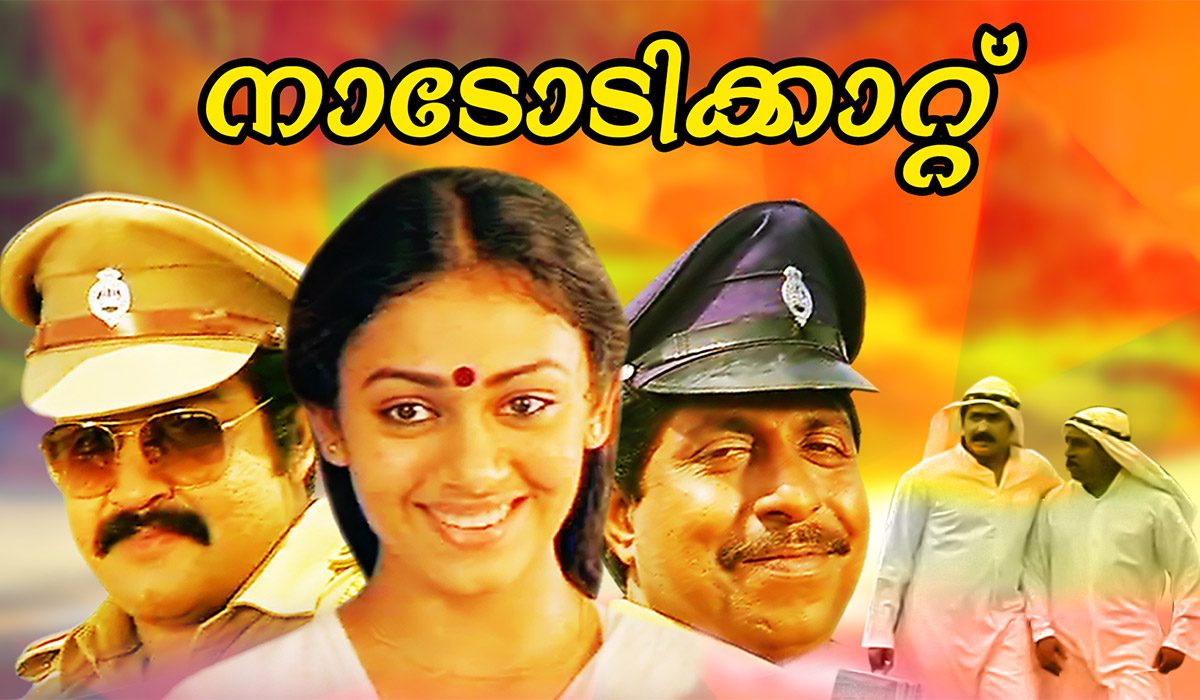 This film made Mohanlal and Sreenivasan the most bankable film duo in ‘Mollywood’ history. Although Sreenivasan eventually becomes one of the leads in the Nadodikkattu trilogy, he is the main comic relief in the first film. He also provided the screenplay for this movie. Having reached cult status, this satire film still holds up to this day. This film can be viewed on Amazon Prime Video.

Synopsis: After losing their jobs, Dasan and Vijayan decide to go to Dubai to try their luck. But they are tricked and end up in Chennai, where they are mistaken for crime investigation officers by criminals.