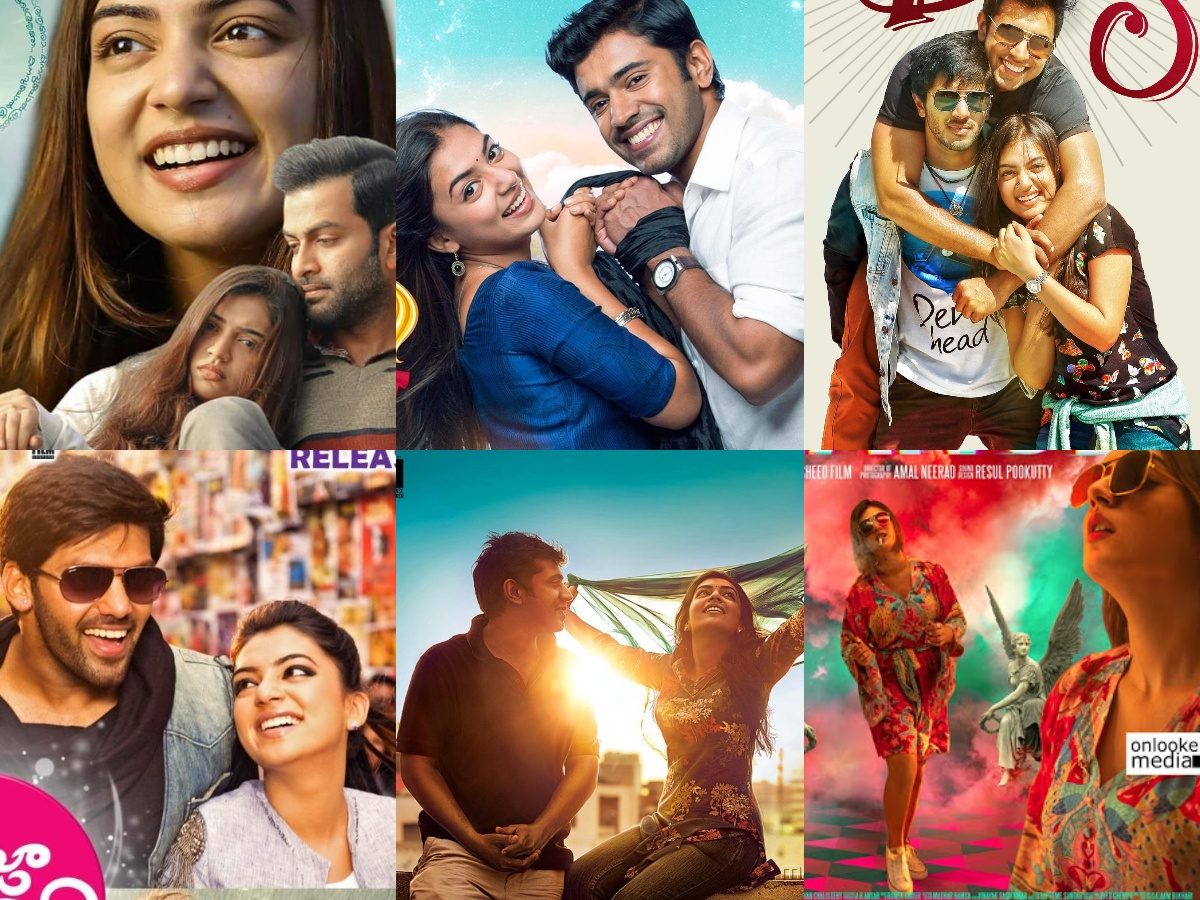 This Asianet (Malayalam media company) anchor turned actress made her film debut as a child artist in the Mammootty starrer ‘Palunku’ and later made her adult debut in the 2013 film ‘Maad Dad’. Both films weren’t received that well by critics, but we expect the films worked as learning experiences for the young actress (at the time), as what followed was a string of popular Malayalam hit films. Nazriya Nazim has now become a household name alongside her husband, Fahadh Faasil and she continues to be a part of brilliant projects (be it in Malayalam or otherwise).

Her roles have varied over the years, but even each of her earlier portrayals of various girl-next-door characters had their own nuances and subtle behaviours, so check her out in her biggest films. Here are 6 must watch Nazriya Nazim movies and where to stream them (Note: Most of these movies are already mentioned in other “Must Watch Lists”, but due to the less number of movies Nazriya has been a part of – these are her best movies): 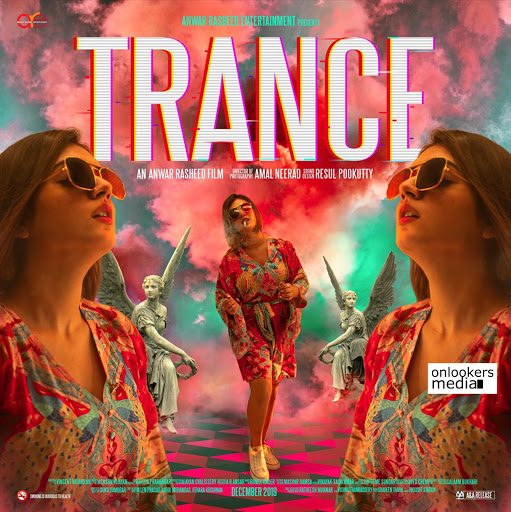 Trance
We kick this list off with the 2020 psychological drama thriller, where she starred opposite her husband, Fahadh Faasil. The film touches on issues which are prevalent today like depression, drug use and fake ‘god-men’. Watch this film on Amazon Prime Video.

Synopsis: Viju, a motivational speaker, is hired to be the face of a religious scam for which he undergoes rigorous training. As his popularity grows, he sinks into the depths of darkness and delusion.

Neram
in this film, Nazriya portrays her usual girl-next-door persona that won the hearts of many a Malayali worldwide. She stars opposite Nivin Pauly and both actors carry this movie from start to finish. Check it out on Amazon Prime Video.

Synosis: An unemployed engineer struggles to pay back the money he took from a loan shark, which he needed for his sister’s wedding. His life becomes complicated when he marries his girlfriend because her father opposes their relationship. 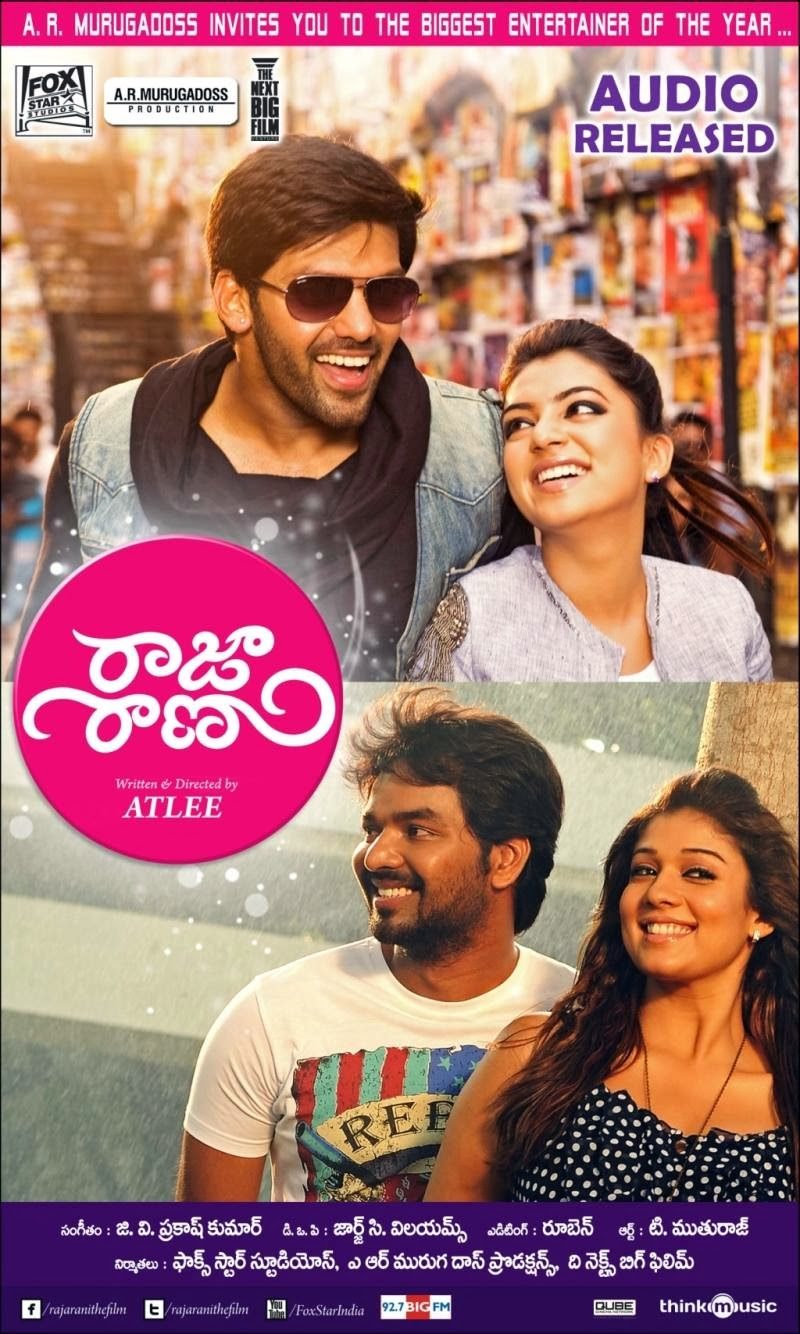 Raja Rani
The first and the only Tamil film to make it into this list, Nazriya portrays a brilliant supporting character in this movie. She plays the lead protagonist’s first love interest and shines every time she comes on screen. This movie is currently streaming on Disney+ Hotstar.

Synopsis: John and Regina are forced to get married as per their parents’ wishes. They lead troubled lives because they dislike each other in the first place and don’t like the situation they are forced into. However, the couple starts to bond together after they suffer a sudden tragedy. 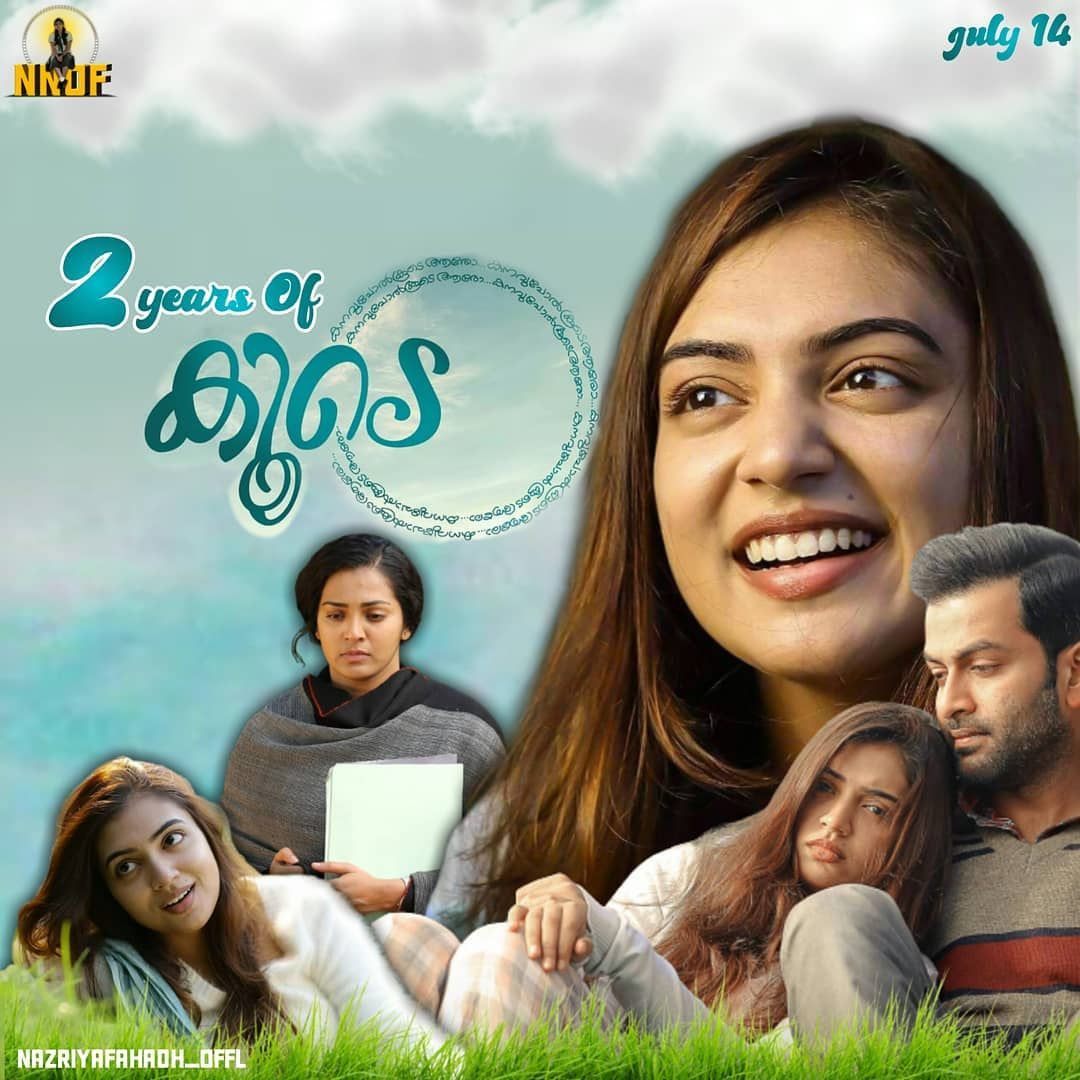 Koode
This film focuses on the bond between two siblings and it is portrayed expertly by Nazriya and Prithviraj Sukumaran. The supporting cast is also great and together, they make this movie an amazing feel good film. This film can be streamed on Hotstar+ Disney.

Synopsis: After his sister, Jenny passed away, a young man, Joshua is forced to reflect back on his childhood and reassess his future. He finds hope and support from unexpected places. 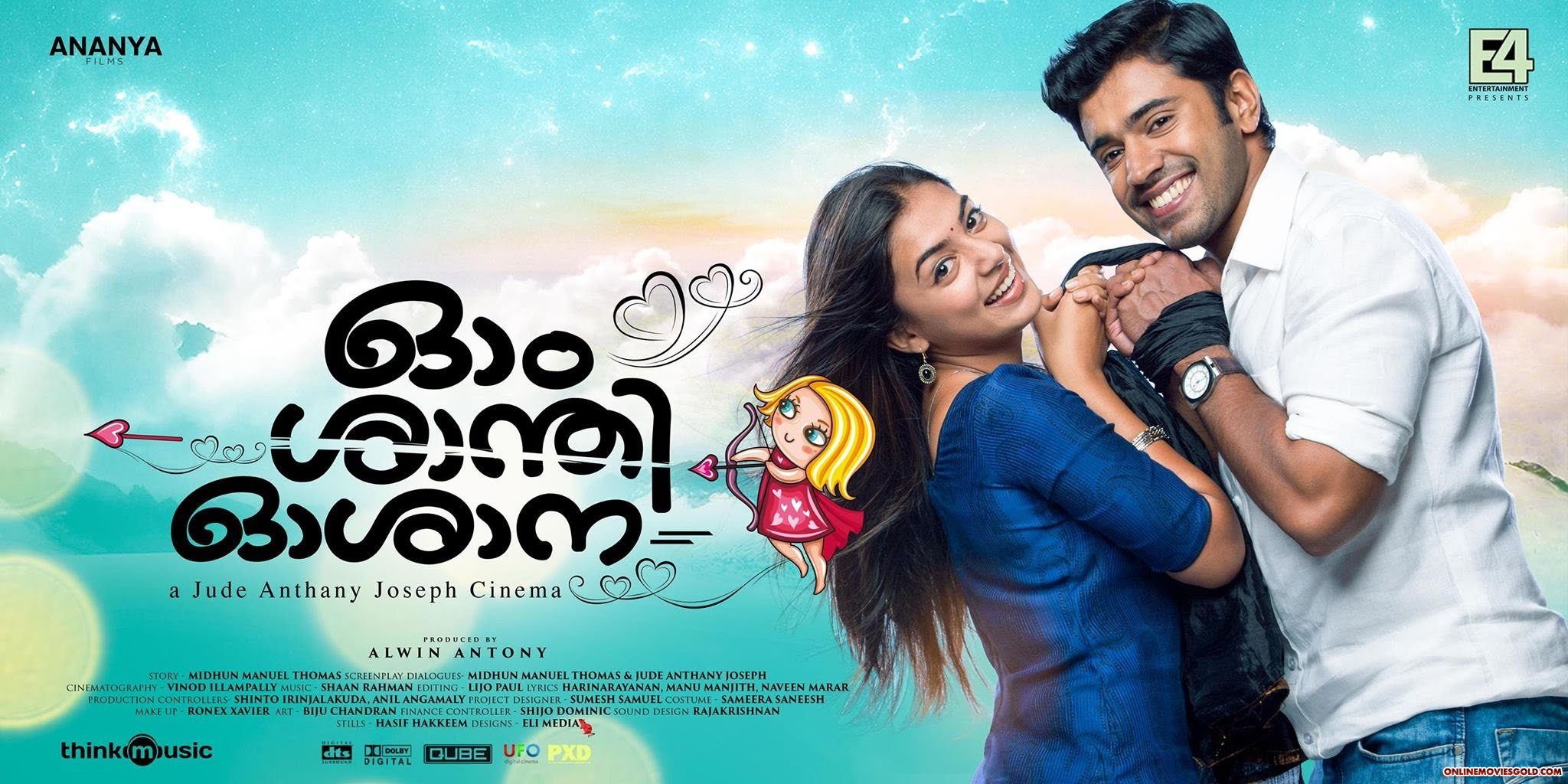 Ohm Shanthi Oshaana
Although Nazriya plays another girl-next-door in this film, she plays the character of a semi-highly-spirited and semi-“air-headed” person quite well. She acts opposite Nivin Pauly again, and their brilliant on-screen chemistry shines through in this film. This feature can be streamed online on Disney+Hotstar.

Synosis: Pooja Mathew, a spirited young girl, dreams about marrying only for love. And therefore, she stops at nothing to impress Giri, who once saved her from a gang of unruly men. 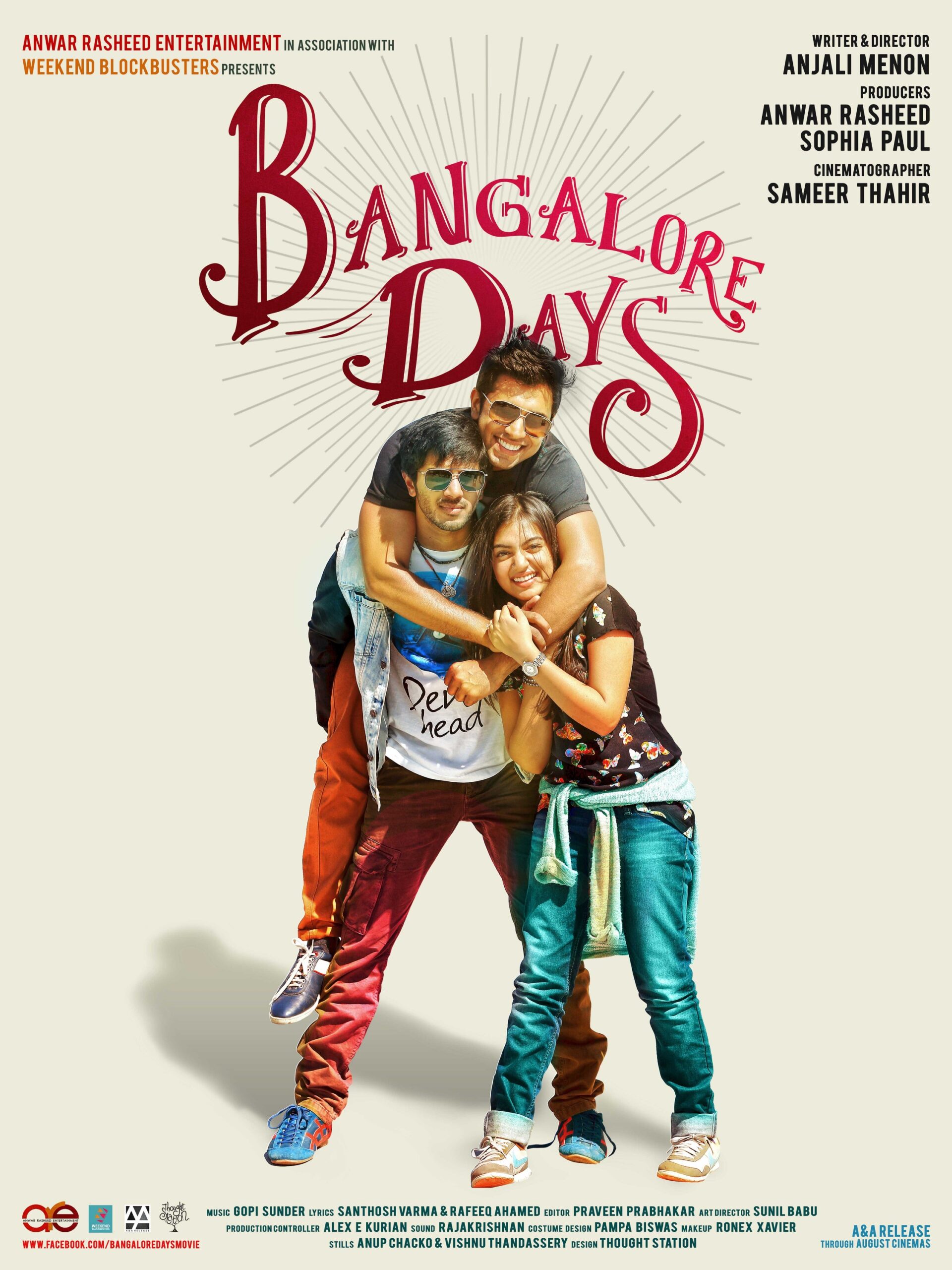 Bangalore Days
Another film opposite her (future) husband, Fahadh Faasil, Nazriya is one of the three main characters this film focuses on. She met her husband-to-be on this movie’s film set and got to know him better there. She alongside Dulquer Salman and Nivin Pauly portray a trio of cousins in one of the best feel-good movies Mollywood has ever produced.

Stream this film on Disney+Hotstar. Synopsis: Cousins Divya, Kuttan and Arjun, fulfil their childhood dream of relocating to Bangalore. As they embrace all that the city has to offer, they also face challenges that transform their lives which allows them to grow as people.