Home News Where To Stream These 8 Must Watch Mohanlal Movies 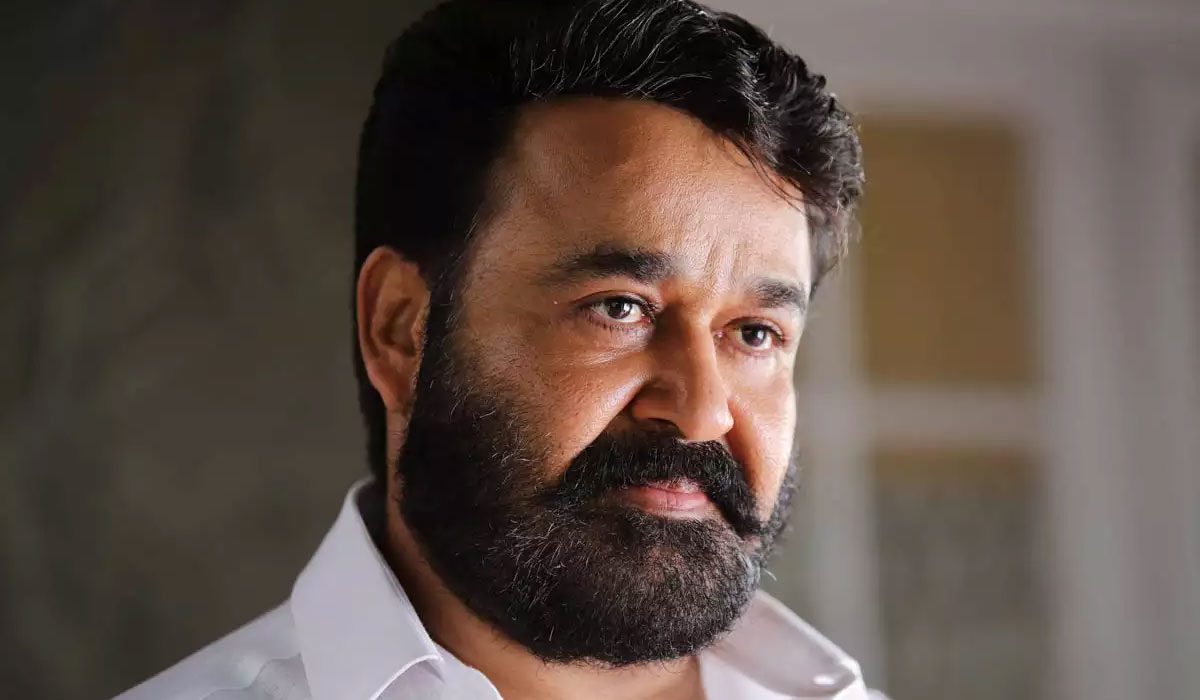 Another weekend, another Malayalam listicle. This time, we will focus on 8 must watch films featuring Superstar Mohanlal – but with a twist. Unlike his popular movies such as Drishyam, Kireedam, Boeing Boeing, etc. – films which are well known for depicting his range as an actor, we will put up his slightly lesser known movies (emphasis on slightly) in this list, which are still popular and critically acclaimed. Most of these films will be known to most Malayali movie lovers and Mohanlal fans, so this list will be aimed at those who are interested in watching Mohanlal films and to those who would like to know where to stream these brilliant movies. 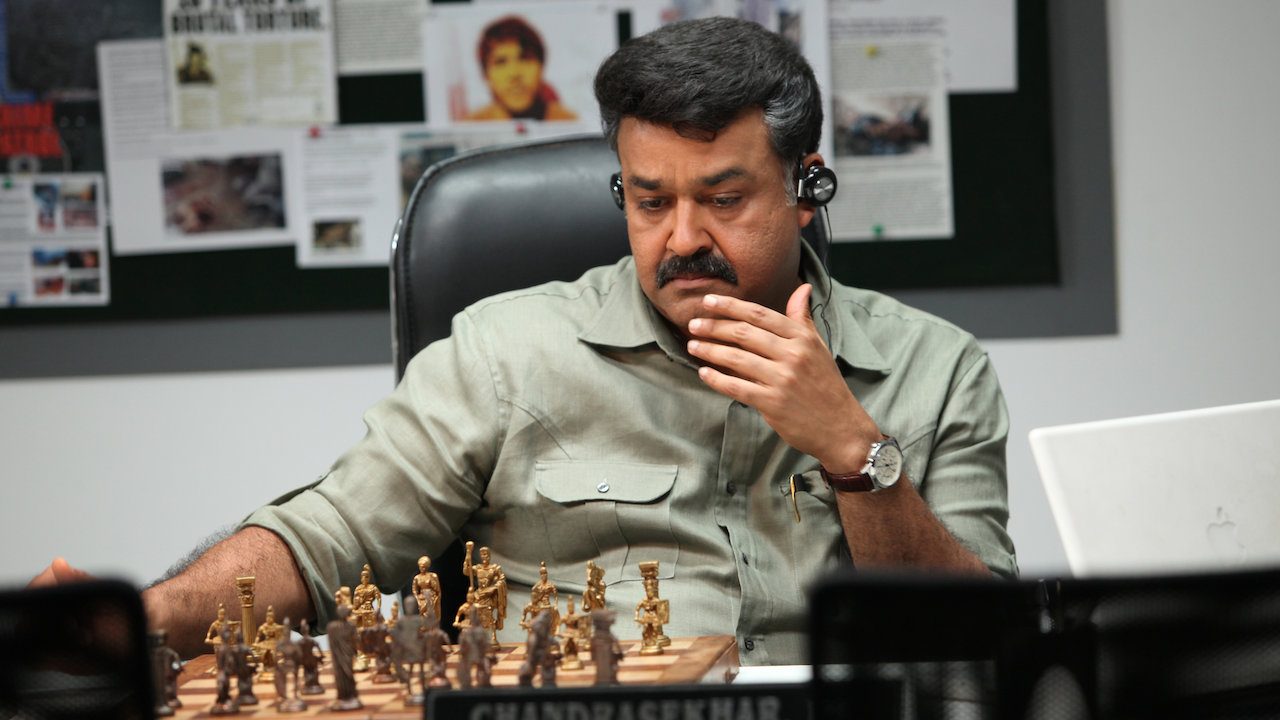 A crime thriller film themed around chess, the thriller follows a cop and a serial killer in a cat and mouse game. Mohanlal plays the no-nonsense cop who is forced to save his estranged family when the serial killer targets them. This movie is currently streaming on Netflix. 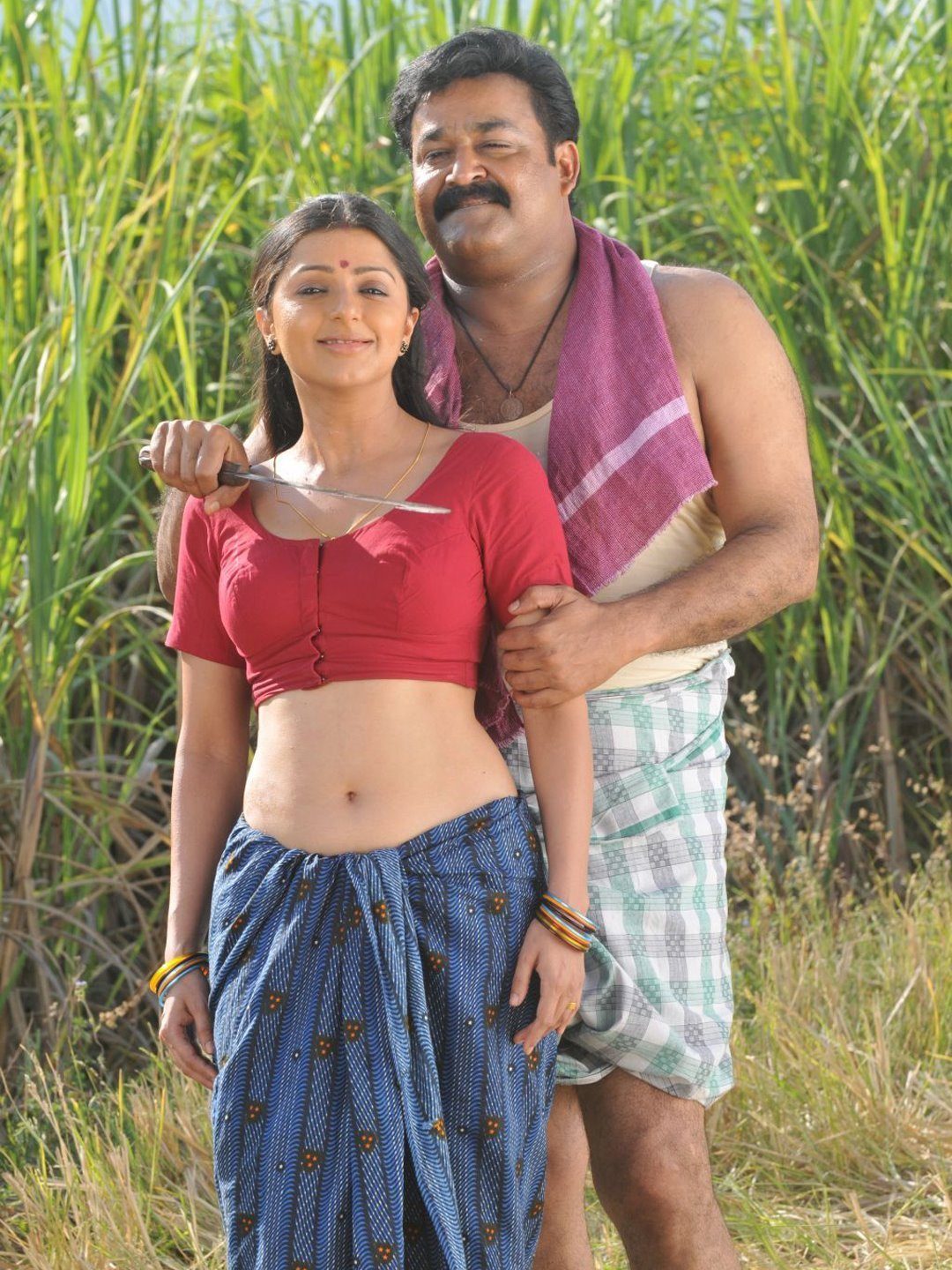 Unni, a successful stockbroker is living a happy life with his family. His life takes a sharp turn when his childhood friend turns up at his doorstep. Blessy directed this thriller road film and Mohanlal portrays a morally grey character. This movie is currently streaming on Disney+ Hotstar.

Mohanlal portrays another morally grey character in this 1997 comedy. An unemployed man, Appu saves the life of a rich woman, Chandralekha and takes her to the hospital. Her family, who has never met her husband before, mistake him as her husband and Appu plays along so as to get money to pay off his loans. Chandralekha is available for viewing on Disney+ Hotstar. 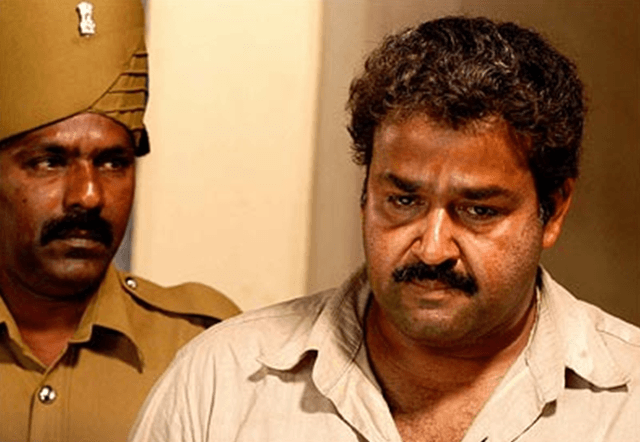 This historical drama epic is set in 1915 British India. An Indian doctor is falsely accused of bombing a train and is sentenced to a cellular jail in Port Blair for a very long time. He witnesses and experiences inhumane treatment by his British goalers. This multistarrer feature is streaming on Disney+ Hotstar. 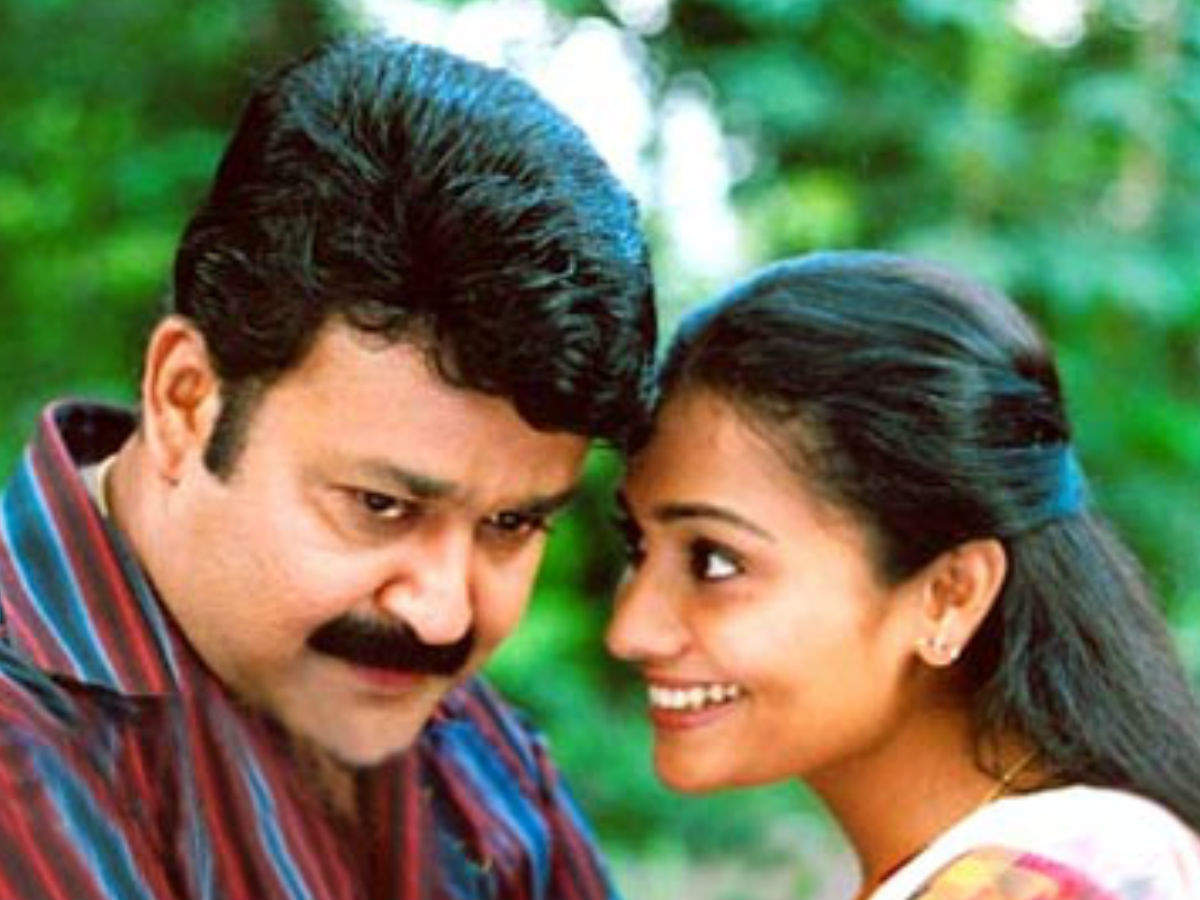 This is one of Mohanlal’s best movie roles yet. He portrays a father of two who gets diagnosed with early-onset Alzheimer’s disease. The story follows the family of four as they navigate the trials and tribulations that come with the disease. Watch this Indian drama on Disney+ Hotstar. 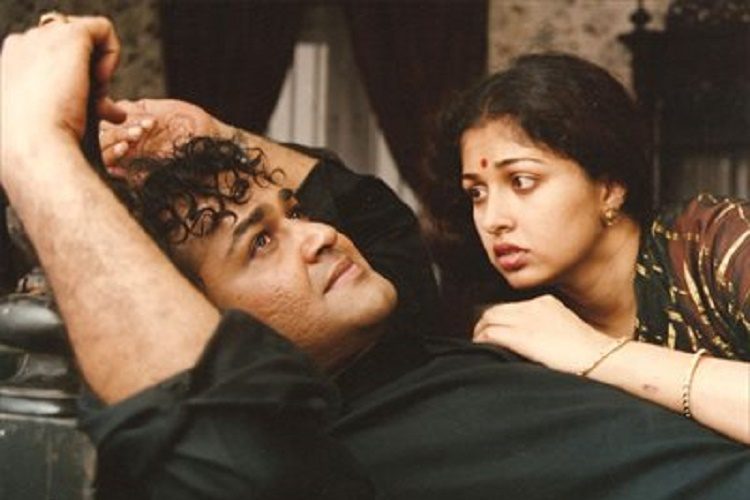 This multiple superstar starring 1997 political drama is one of Mohanlal’s best films of all time. The actor portrays Anandan, a struggling actor who ends up representing the political party that his writer-friend supports, in a highly contested election. Check out this feature on Disney+ Hotstar. 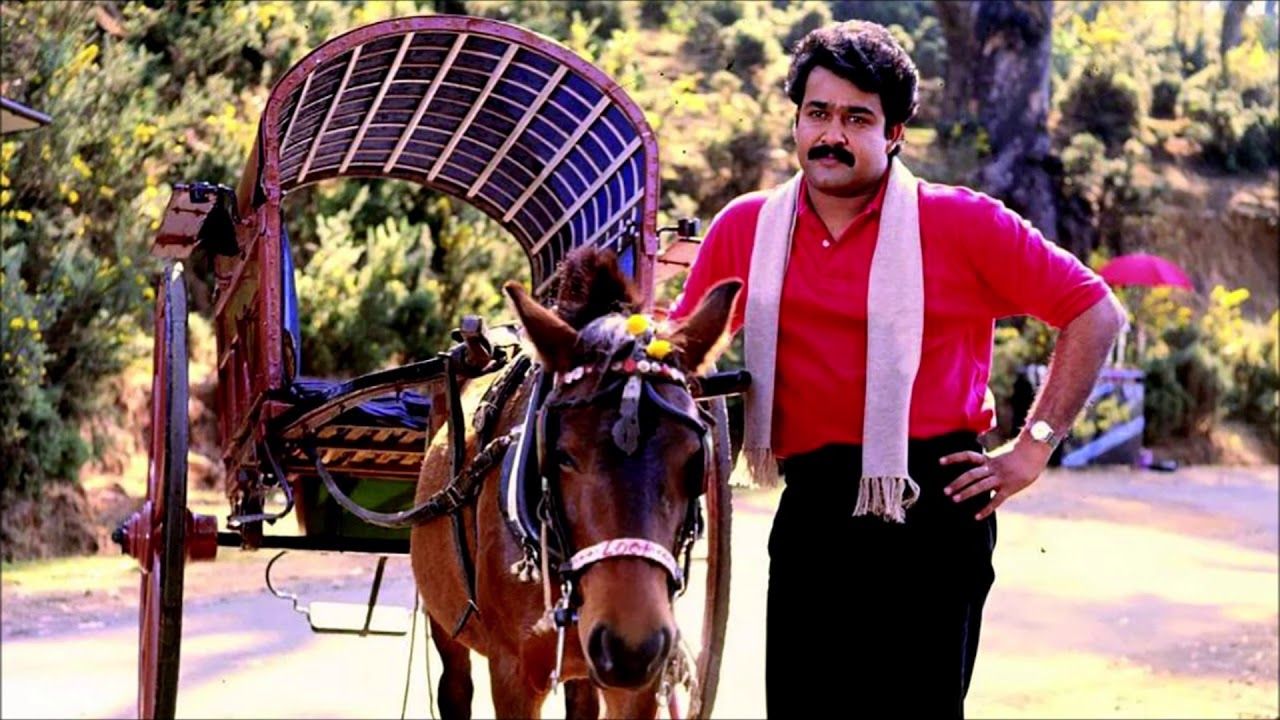 This romantic comedy follows a young woman who comes to Ooty searching for her father. She meets a tourist guide, Joji and pretends to be mentally unstable in order to get shelter in his house. This feel good film is available for streaming on Disney+ Hotstar. 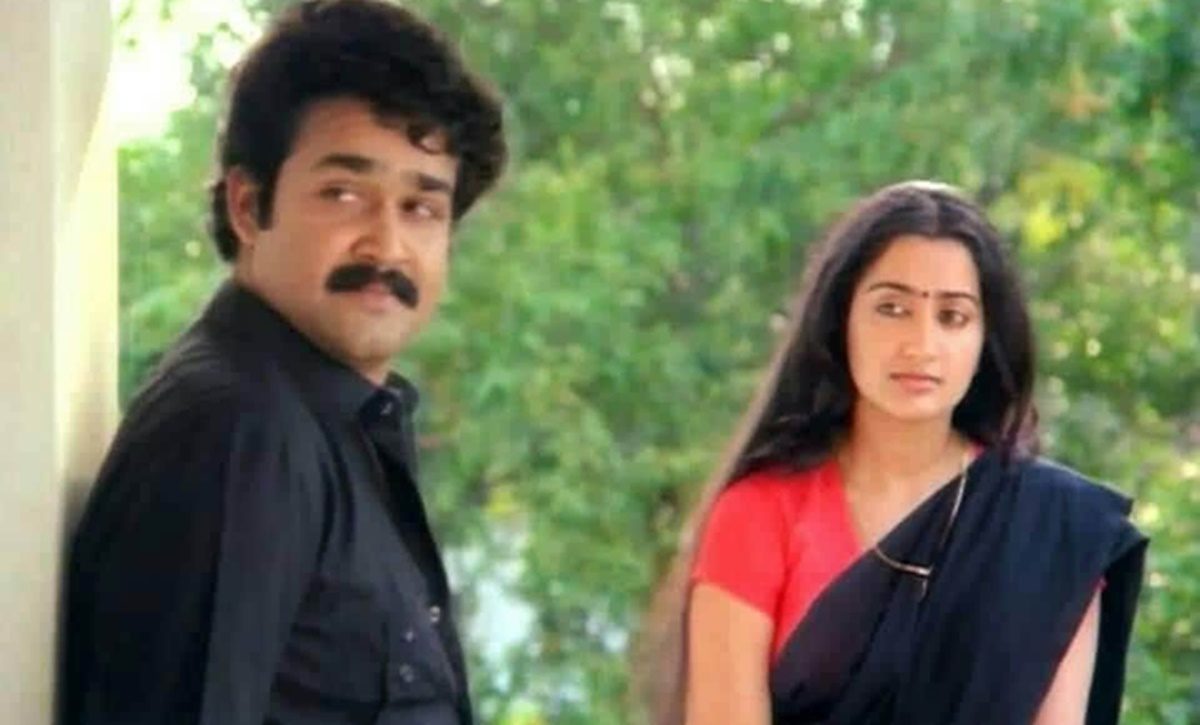 This movie talks about the dual nature of one’s personality. The one they show to their family and the one they show to their friends. Mohanlal portrays one such character with ease, never ready to fully settle down. Eventually he meets two women who each see one side of him and they fall for him. How will they react when they see his other side? Check this 1987 movie on Disney+ Hotstar.

Cast: Mohanlal, Sumalatha and Parvathy.Follow us on Google News