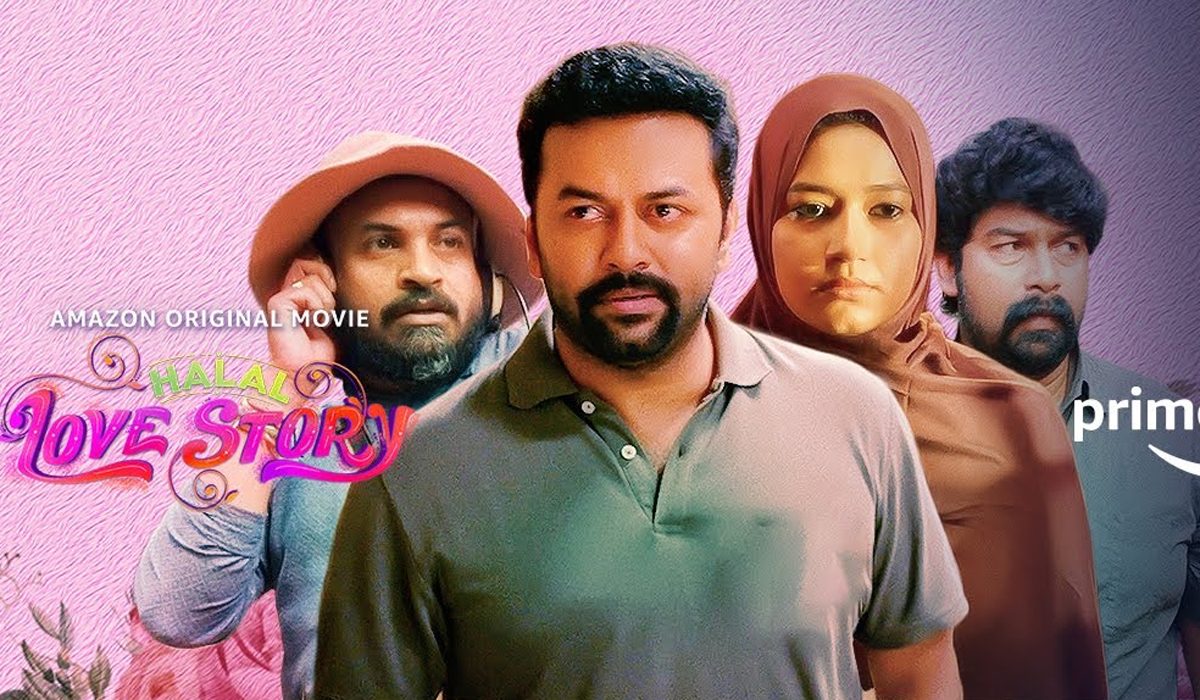 Amazon Prime VIdeo is releasing it’s latest Malayalam feature ‘Halal Love Story’ next week, and it is slowly gaining traction among the Indian film-watching communities, particularly the Malayalam one. Malayalam films rarely get any attention from OTT platforms for multiple reasons such as it’s lack of success in the streaming service sector and Malayalam films only started featuring on OTTs this year (and that too due to the pandemic). So when ‘Halal Love Story’s’ release in the OTT giant was announced, it was a huge, yet welcome surprise for the Malayalam audience. Here are the reasons why Halal Love Story can be Mollywood’s first direct-to-streaming release success story:

This South-Indian audience has been demanding for excellence in its cinema and whenever they asked, Mollywood has replied back splendidly. Case-in-point, the resurgence of the Malayalam film industry happened twice- during the early 80s and the beginning of 2010s. After experiencing top class entertainment, the Malayali audience will continue to demand the best, and after facing successive disappointments in ‘Sufiyum Sujathayum’ and ‘Kilometers and Kilometers’ (Mollywood’s biggest names on OTT releases), they are ready for some brilliant OTT material.

The story of ‘Halal Love Story’ is about a group of men who wish to make a film that will adhere to their community and beliefs. Making a film on how hard it is to make films is also quite meta. Including the writer’s, director’s and actor’s plights in the film, in a comedic fashion is definitely going to turn many heads. This film is set to be an eye-opener for many, and we can’t wait for the film to drop.

Indrajith Sukumaran, Parvathy Thiruvothu, Joju George, Grace Antony, Soubin Shahir, Sharaf U Dheen, Abhiram Pothuval and Sidheek Kodiyathur are the prominent names attached to this project. Indrajith has been in the industry for over two decades now and he has been putting on stellar performances as of late. Parvathy doesn’t even need an introduction. Her extensive roles in films such as the ones in ‘Uyare’, ‘Charlie’, ‘Ennu Ninte Moideen’ and ‘Virus’ (the list goes on) has made her prominent in the South Indian Film Industry. Soubin Shahir looks like he has been brought on to bring comedic relief as the sound mixer. The rest of the cast has done stellar work as well.

Zakariya Mohammad has been a part of only two films in his career – ‘Virus’ and ‘Sudani from Nigeria’. Both films were critical and financial successes. Granted, Zakariya only had a small role acting in ‘Virus’, but ‘Sudani from Nigeria’ was his brainchild in which he both penned the script and directed the film. He has been recognized as a man who will create waves in Mollywood, and we await his next film with great anticipation.