Home News Why Dhriti Tiwari’s Character Is As Important As Others In The Family... 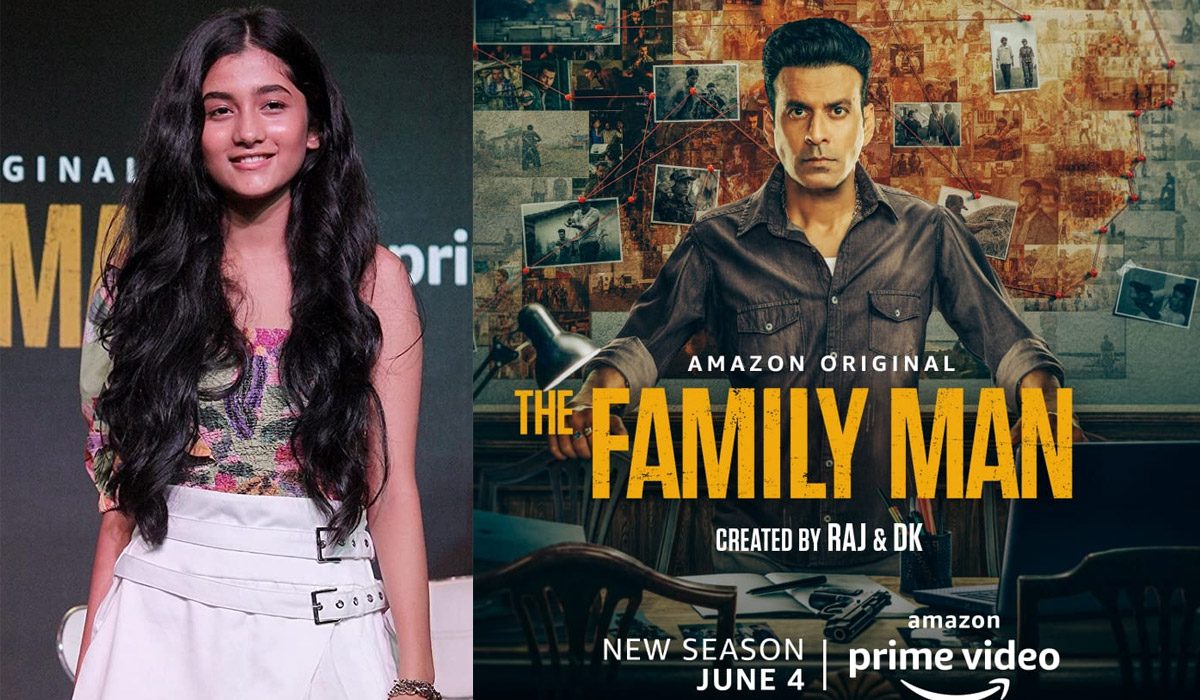 The Family Man Season 2 is flying high with roaring success right now, courtesy the excellence of Manoj Bajpayee and Samantha and the genius of Raj & DK along with Suparn Verma. But, Bajpayee’s Srikant or Samantha’s Raji are not the only roles who shaped the entire series, there are a fair bit of other actors too who were as impressive as the main cast.

Now, if we are talking about the other roles which left an impressive mark on the memories of the viewers, we should talk about the two youngest of the characters Dhriti and Atharva Tiwari, the two ultra-modern kids of Srikant. Now, though the character of Atharva, played by Vedant Sinha was a recurring role with a lot of impressive one liners here and there, Dhriti Tiwari’s character was in full-flow in season 2 of The Family Man. Played by Ashlesha Thakur, the character of Dhriti is extremely important in the outcome of the series. From the first frame of the first episode of season 2 to the first frame of the last episode, the character has grown with the story and played an important role in the story of Srikant.

Now if we talk about Dhriti, she could be one of the most relatable characters in the series. Just like today’s slightly rebellious and slightly immature teenagers, Dhriti has the same traits and also, has an affectionate corner for her brother and a suspicious side about her parents. She is growing as a teenage girl and just like a regular teenager, she started falling in love with a guy who is a bit more mature than her. This also shows her vulnerable side, that kids of her age often get fooled by people to which leads to commit serious mistakes. Also, when she stabbed her captor in the end, when she was trapped showed that even if she was a bit immature , still she can rise above any challenges with her presence of mind. I guess, Ashlesha Thakur portrayed this side of the character beautifully.

Talking about Ashlesha Thakur, who is also known as Mehak Thakur, is a resident of Mumbai and has already started pursuing a career in Modelling and acting. She began her acting career as a child actor with TV commercials for brands like Himalaya, Kissan, Comfort , Dairy Milk and Bajaj Electricals etc. She also debuted in 2017 drama film Jeena Isi Ka Naam Hai featuring Arbaaz Khan, Ashutosh Rana and Himansh Kohli. And if we talk about her TV career, she has also featured in Colors TV’s Astitva Ke Ehsaas Ki. The way she portrayed Dhriti Tiwari in The Family Man, shows her acting prowess to the fullest and we are sure that this little girl will surely become a sensational actor in near future.

Now, to conclude, Dhriti’s character is the proper personification of today’s teenage life and it’s safe to say that being a espionage thriller series, this character gave The Family Man a perfect way of making the series a family oriented one too in a true manner.