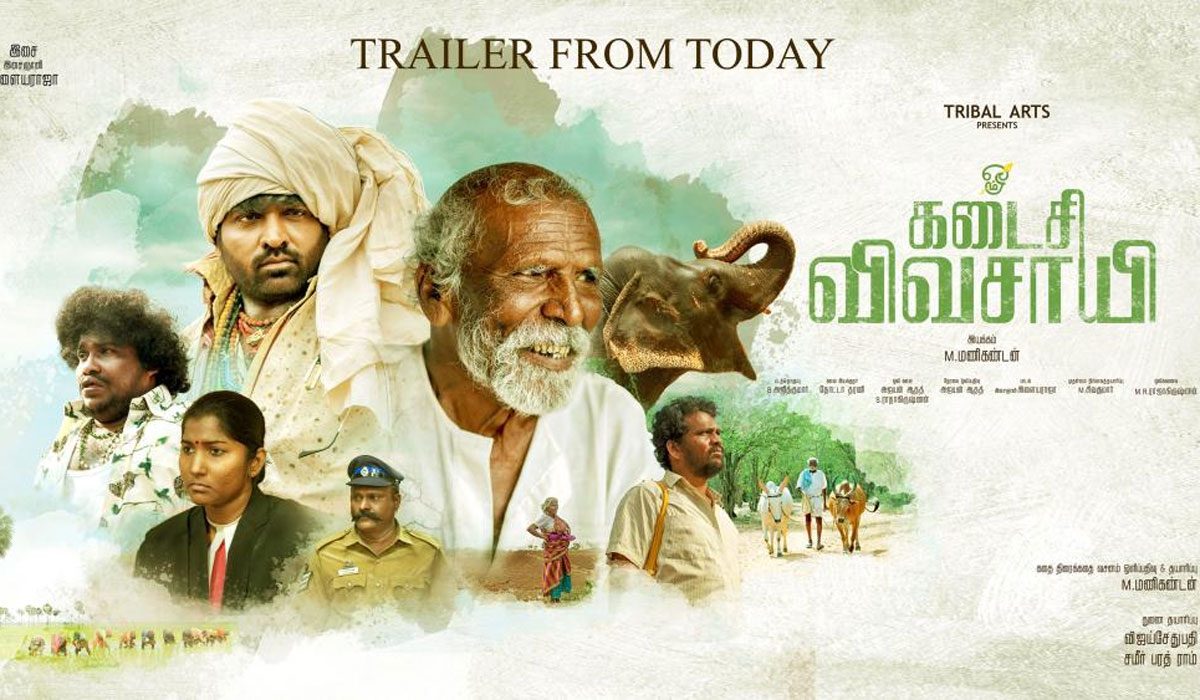 September can now officially be renamed as Sethu-mber! Makkal Selvan Vijay Sethupathi is on a roll these days, with the coming month featuring not one or two, but four of his releases! His first outing ‘Laabam’ with Shruti Haasan, is slated for a theatrical release on 9th September, whereas ‘Tughlaq Durbar’, is scheduled for a televised premiere on SunTV on 10th September, post which it will be available for streaming on Netflix. His third release, ‘Annabelle Sethupathi’, alongside Taapsee Pannu is a horror comedy scheduled for a pan-India digital premiere on Disney+ Hotstar on 17th September. His fourth, ‘Kadaisi Vivasayi’, was also scheduled to release digitally on SonyLiv, but may now release in theaters as per the latest reports.

The makers have suddenly backed off from the digital deal with streaming platform SonyLiv and decided to proceed with a theatrical release next month. Directed by M Manikandan (of ‘Kaaka Muttai’ fame), ‘Kadaisi Vivasayi’ is a rural drama about an old farmer, for whom, life is nothing beyond farming. Besides Sethupathi, the film stars Nallandi in the lead, with Pasupathy and Yogi Babu in supporting roles.

Although Sethupathi is one of the top bankable stars of Kollywood, releasing a movie theatrically during these times, is no joke. Where out-and-out entertainers or ‘masala movies’ may still be able to bring audiences back to theatres, for a film like this to achieve the feat is highly unlikely. When Akshay Kumar’s ‘Bell Bottom’ hasn’t been able to rake in the numbers, how does one expect a movie like this to be successful? Yes, it is true that off-late, content-driven cinema is at its peak, with movies and shows featuring unique, different storylines really doing well. While this may work under normal conditions, a decision like this may really backfire and cost the film dearly.

While the responsibility of reviving theatres hugely falls on superstars, decisions like these are usually always taken by producers. It is indeed brave of such filmmakers to release a film in theatres during these trying times, but how thin is the line really between being brave and foolish? For a serious, non-entertainer to be a box office success seems nothing short of a herculean task, irrespective of who leads the film. Well, we can only hope that the film receives the love and appreciation it truly deserves.Follow us on Google News