Home News Will Jahnvi Kapoor’s Roohi Be The Film To Bring Bollywood Fans Back... 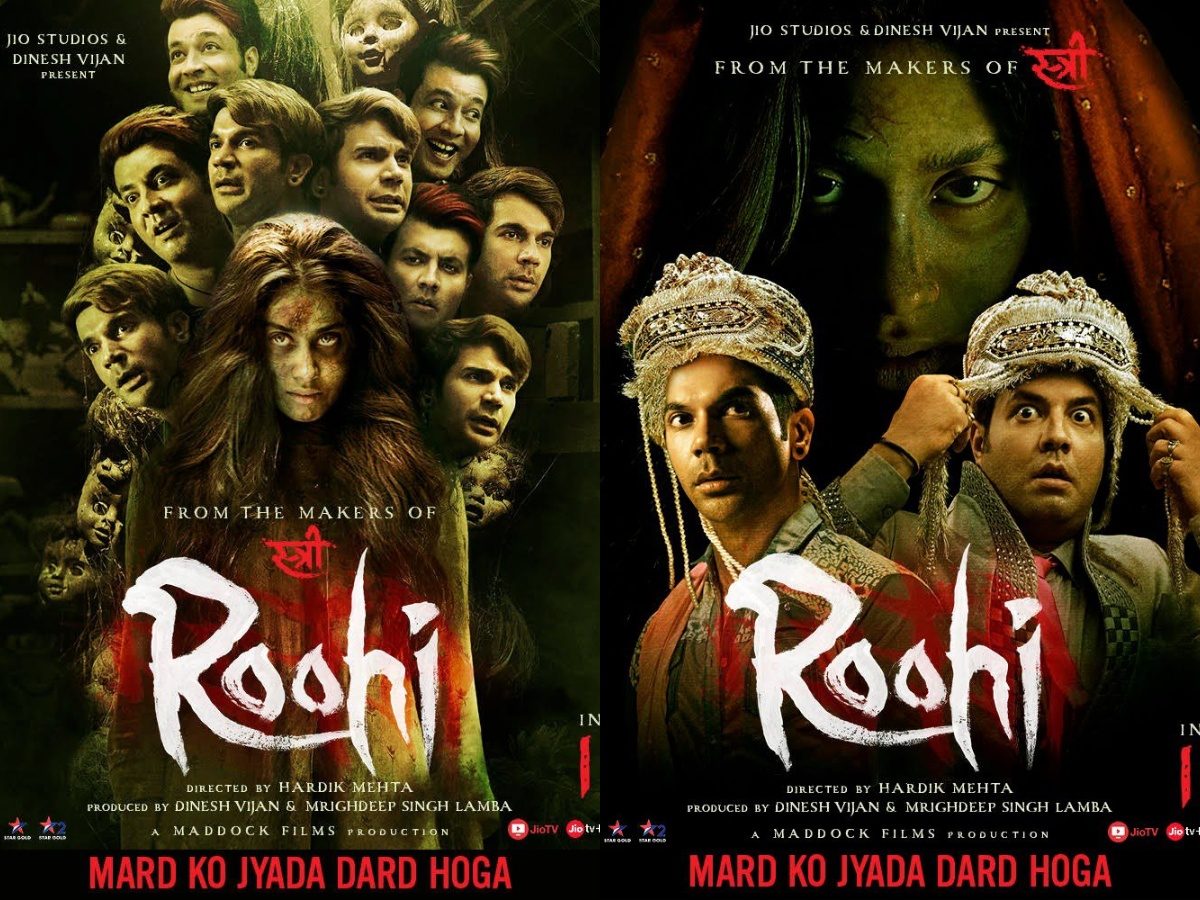 The makers of Roohi recently released the trailer for their upcoming movie. The trailer since, has been pulling attention towards itself, as this will be the first Bollywood movie to release in theatres after the government has declared 100% occupancy in theatres. The movie is starring Rajkummar Rao, Jahnvi Kapoor and Varun Sharma in the lead roles. The movie comes from the makers of the horror comedy film Stree and Fukrey.

The movie is the second installment in the Stree franchise and judging by the success of Stree and how much it has been appreciated by the audience all over gives hopes to Roohi too. Earlier the movie was named “Roohiafza” and was set to release in theatres back in 2020, but as everyone knows what happened to the world back in 2020, the movie was postponed for further release. Roohi will be the first Bollywood film starring the big stars to come out after the Ministry of I&B declared that the theatres will run in full capacity in 2021.

Roohi is based on the story of a woman’s spirit that sings to the grooms and makes him go to sleep while it possesses the bride’s body. Jahnvi Kapoor will be essaying the role of a girl who is possessed by Roohi, while Rajkummar and Varun are two friends who try to get Roohi out of her. The movie is a horror comedy and after what Stree achieved in this genre, Roohi seems to be a promising movie.

Earlier in 2020, just when the theatres were opening up Diljit Dosanjh’s Sooraj Pe Mangal Bhaari came out in the theatres; even though it was a comedy and light hearted drama it failed to attract people to the theatres as the looming danger of COVID-19 was still on. Later the movie released through ZeePlex’s pay per view feature. Roohi has taken the measures and will be coming out at the right time in the theatres. The makers also took a smart decision by signing the deal with Netflix for the digital rights even before it went for it’s release in theatres. This shows that the makers are taking the right steps in bringing the movie to the audience and fans.