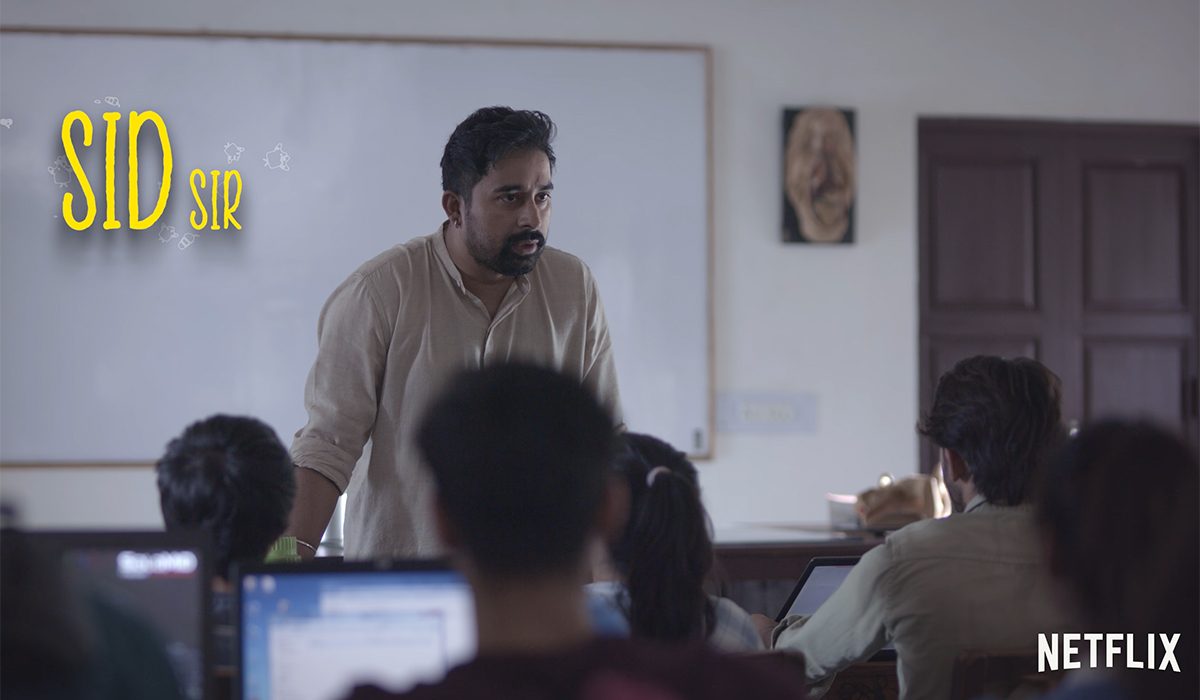 The trailer for Netflix’s next Indian series “Mismatched” launched yesterday and it garnered a lot of attention with its young and vibrant cast. The series is all about coding, college and finding the right match and its seems rather interesting. The movie has a lot of new faces that is being introduced into the scene, Prajakta Koli being one of them. Though she is a successful YouTuber and content creator, this will be her debut and along with it we will see Rohit Saraf, not a newbie but a definite new energy in the film industry.

Along with all these kids trying to chase their dreams, we see a rather significant person named as their beloved, ” Sid Sir”. Yes, my friends we are talking about The Sid Sir, who will be played by Rannvijay Singha. Every youngsters and early 00s kids’ hero and favourite VJ Rannvijay Singha. The ultimate and the only Roadie for us, will always be him. If MTV existed for us, it was because Rannvijay would appear on it. He made hosting so cool and fun there isn’t anyone who wouldn’t have been hooked to watching him. Though he has had his fair share of success in the Television industry, specially in the Reality show arena, we have seen him getting lucked out on the big screen as well as small screen.

His debut film Toss wasn’t a blockbuster success, neither some of his other works. Even though those were with some of the biggest stars of Bollywood, those movies weren’t a big success in the box office, but most definitely those were some of his best learning experiences. Nobody comes out of something without an experience and we are really sure Rannvijay did come up with some great lessons from everything.

Now, here comes Sid Sir. With the trailer, he seems like this fun young Prof who though, wants to be strict with his students also wants to have fun and that looks quite promising. Maybe this was the project that every Rannvijay fan wanted. Maybe this time, he does prove himself through a non-reality show. Even though, he absolutely doesn’t need to do that because he has an awful lot of youngsters idolising him and rooting for him, because everyone knows, he already did make his mark. This show is seems like is going to be promising for every single character involved.

Whatever the case maybe, we are really looking forward to see Rannvijay Singha on our screens again and best wishes to him from us.