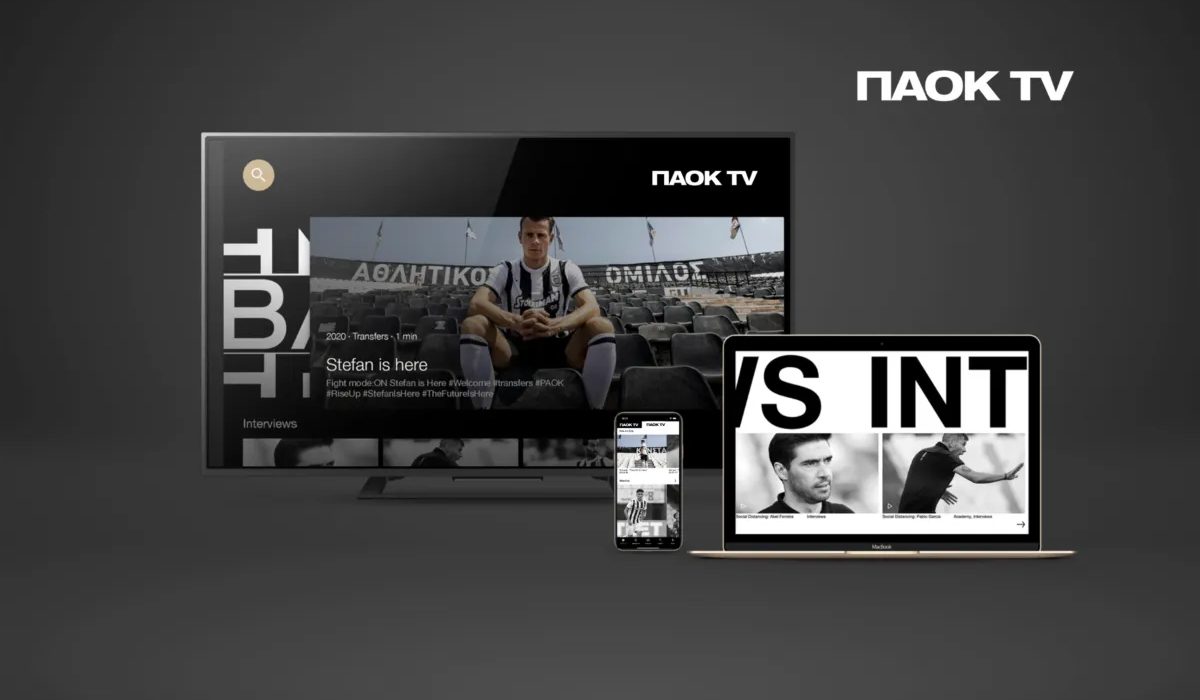 The Greek Football Club PAOK has launched it’s own over-the top (OTT) streaming service called PAOK TV. The cloud based service, which will be run on Amazon Web Series (AWS), was set in motion with it’s partner Insys Video Technologies.

The new platform, which was created with InsysSport, will be available for viewing in English, Russian and Greek languages, focusing the club to use the service to gain more international fans. The subscription and pay-per-view model will allow customers to view the Super League Club’s home games along with exclusive footage of TV shows and archive footage. It can be viewed via mobile phones, Android TV and Samsung Smart TV Tizen.

Last season, football was disrupted by the the introduction of PAOK TV when it became the first Greek football channel. This year with AWS and Insys Video Technologies backing them, PAOK decided to create a new OTT platform to create a faster, safer and a better user experience for the fans; mentions Panagiotis Aroniadis, PAOK TV Project Manager and PAOK FC New Media Director, FC PAOK.

Insys has also adopted an advanced watermarking technology which will help in identifying illegal streaming of PAOK matches as it can be easily identified and dealt with.

The new platform debuted on Saturday, 8th August 2020, ahead of the Super League Greece campaign on September 12. During the 2019/20 season, PAOK TV delivered over 5000 hours of content to over 2,00,000 subscribers. Let’s see if they can beat that this season, both in providing content and acclimating subscribers.