Home News Snyder Brings Back The Joker’s “We Live In A Society..” & Fans... 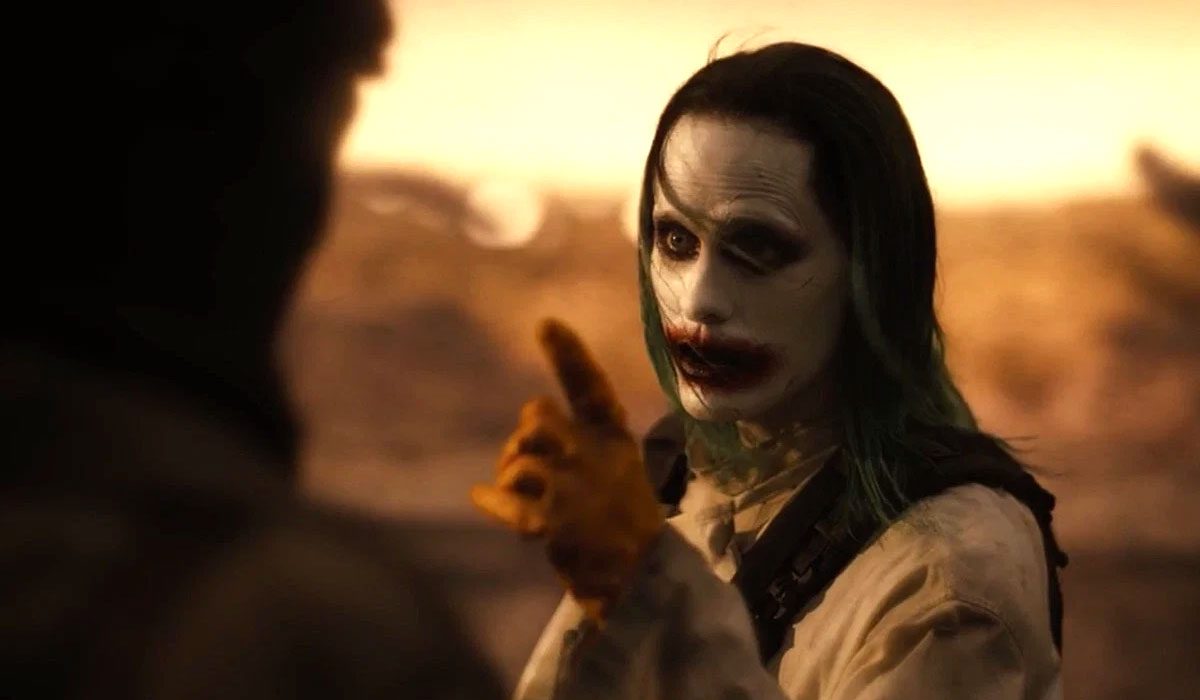 “We Live in a Society…”; when the final trailer for Zack Snyder’s Justice League went live a month ago, fans went crazy over one particular sequence where Jared Leto’s Joker and Ben Affleck’s Batman are seen conversing in a sinister ambiance, and The Joker calmly uses his “We Live in a Society” jibe.

However, when Zack Snyder‘s Justice League released last month, we didn’t get to see that particular sequence in the final cut. Yes, we all got the idea at which point that conversation took place – at the very end of film in the Knightmare sequence, where evil Superman plundered the Earth, Batman teamed up with Cyborg, Flash, Death-stroke, Mera and surprisingly, with Joker.

The same sequence meant a lot for the fans, because since the poorly placed and not-much-to-do-with-the-story role of Joker in Suicide Squad in 2016, Leto never got the chance to reprise the role of the Mad Crime King of Gotham. And frankly, fans expected more from an actor of his stature.

But now, as cherry on the top, Zack Snyder took to his social media to share the extended albeit deleted scene of 85 seconds, where Batman casually threatens Joker that when Harley Quinn died, she begged Batman to kill Joker and he’s gonna honor that promise. And in reply, Joker mocks Batman by stating, “we live in a society where we honor distant memory” followed by a reference to his killing jokes, ending with his extremely creepy signature smile.

This deleted scene doesn’t really change the tone of the film, but as Snyder is hell-bent on providing fans with what they want, it’s really satisfying to finally witness the sequence to complete the much anticipated Batman-Joker reunion.

Sadly, we won’t be able see any more of these as WB has decided not to go ahead with the Snyderverse despite the ‘#RestoreTheSnyderVerse’ campaign gaining ground on Twitter. Which means it’s unlikely these characters will ever come together again in the same universe to entertain fans all over the world.

But fans can only hope that they get the chance to say “We live in a society where we can witness the complete Snyderverse”!