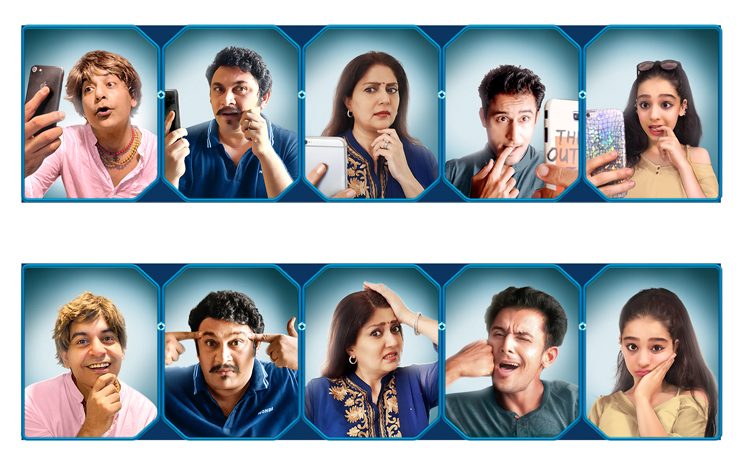 ZEE5 is coming up with a new show called ‘Bhalla Calling Bhalla’, which has been filmed entirely in lockdown. The new show is a comedy, and features a dysfunctional family living in Gurugram, and their epic shenanigans.

The members of the Bhalla family have their own quirks and differences. But the extended lockdown has resulted in all the members of the family stuck in various parts of the country. And the gloomy scenario has made them realise the importance, comfort and security of having one’s family around.

Mrs. Lovely Bhalla, played by Lubna Salim, is the matriarch of the Bhalla family, and Mr Bhalla, played by Rajesh Kumar, is her obedient husband. She takes matters into her hand, as she video-conferences with her scattered family each evening. Leenesh Matoo plays their son Sahil Bhalla and Gracy Goswami plays daughter Arundhati Bhalla. Gaurav Gera lends his trademark goofiness to the series, as Gaurav Singh, Mrs. Bhalla’s brother.

The Lockdown Special series will comprise of 12 ultra-short episodes, each with a run-time of 7 to 8 minutes, and will be loaded with fun and hilarity. Each episode will have a different incident taking centre-stage. Mrs Bhalla will teach cooking online to her kids in one episode, or conduct online satsang for the family in another episode.

ZEE5 has not shared any release date for Bhalla Calling Bhalla as yet, but it is slated to premiere in May itself, and should drop soon enough.

The extended lockdown has set the creative juices of content makers flowing like never before. Right from thinking up new ways to keep viewers happy and engaged at home with innovative content, to creating series that are shot entirely from the actors’ own homes, content creators are doing it all.

Eros Now has also recently released its entirely shot-from-home series, A Viral Wedding, the brainchild of lead actress Shreya Dhanwanthary, who has also written and directed the series.

Applause Entertainment too has an ongoing series of special WFH episodes of its marquee show, The Office, shot from the actors’ respective homes.

Get ready to meet the crazy Punjabi family who have been together, apart and everything in between during this lockdown. #BhallaCallingBhalla, a never done before show concept is coming soon on ZEE5. #LockdownWithBhallas #AZEE5Original