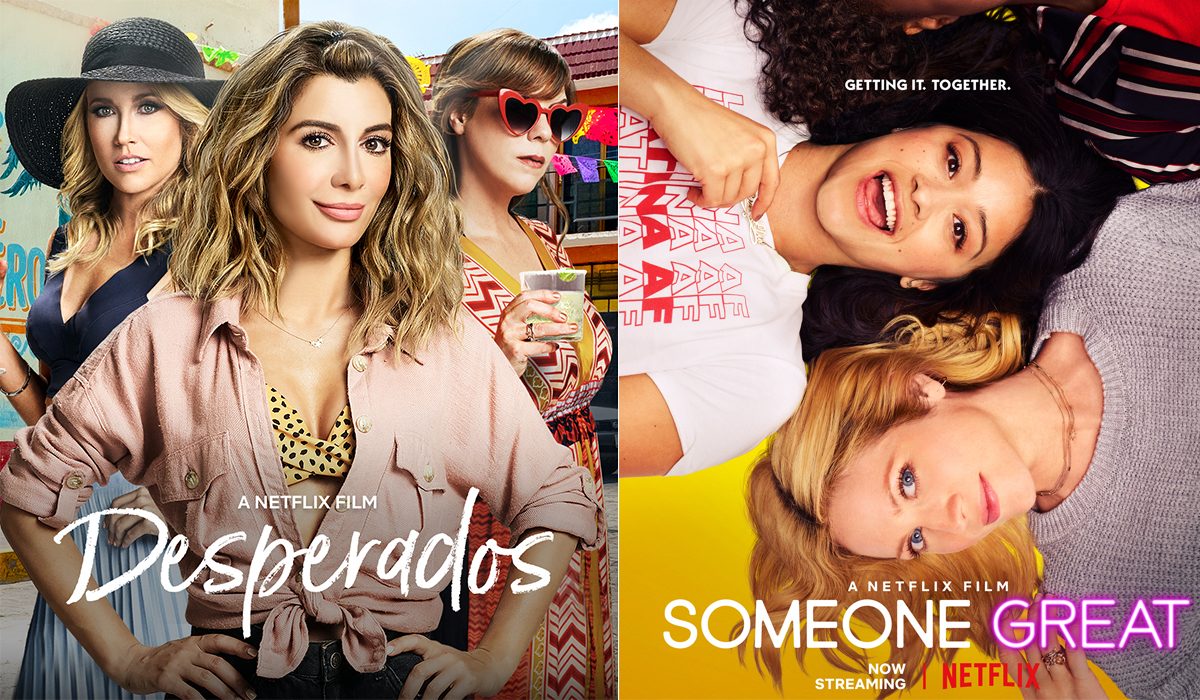 Single AF on Valentine’s Day? We’ve got you covered!

Celebrate the collective superiority of not being attached to another person by turning this Valentine’s Day into a special Netflix date with your best single gal pals. Here’s a roundup of some of the best picks from Netflix that will help you dawn on the realisation that your friends make better Valentine’s Day companions than a (seemingly perfect) dinner date. So what are you waiting for? Pop open that bottle of wine, dim the lights and get ready to appreciate the finer joys of singlehood.

Three young bachelors find the reality of relationships to be far removed from the idea of true romance that they had once pursued. This film gives us a glance into the hilarious, albeit ugly side of relationships.

Zindagi Na Milegi Dobara
Three friends on an adventurous road trip/bachelor party in Spain learn some lessons about themselves and each other that will change them forever. This film is all about discovery, love and friendship.

She’s Gotta Have It

Nola Darling struggles to stay true to herself and her dreams while juggling three lovers in this Spike Lee series based on his breakout film. This show brings the complexities of relationships to life.

After drunkenly sending a cringeworthy email, hopeless romantic Wes heads to Mexico with her best friends to erase the note before her new love reads it. This one is an ode to the all too important role our friends play in our dating lives.

On the heels of a blindsiding breakup, music journalist Jenny braces for a new beginning — and one last adventure with her closest friends. This film will definitely make you appreciate the friendships that help you get through the hard parts of life.

After deciding to reshape her life after divorce, Liz travels around the world in search of good food, spirituality and true love. This film is big on female empowerment, self discovery and independence.

When Harper is sent to Spain for an important work meeting, her hard-partying friends tag along and convince her to pursue a fling with a famous DJ. This film will give you major BFF goals.

Tim thinks he’s invited the woman of his dreams on a work retreat to Hawaii, realizing too late he mistakenly texted someone from a nightmare blind date. This film hilariously portrays the all too possible situation of a blind date gone wrong.