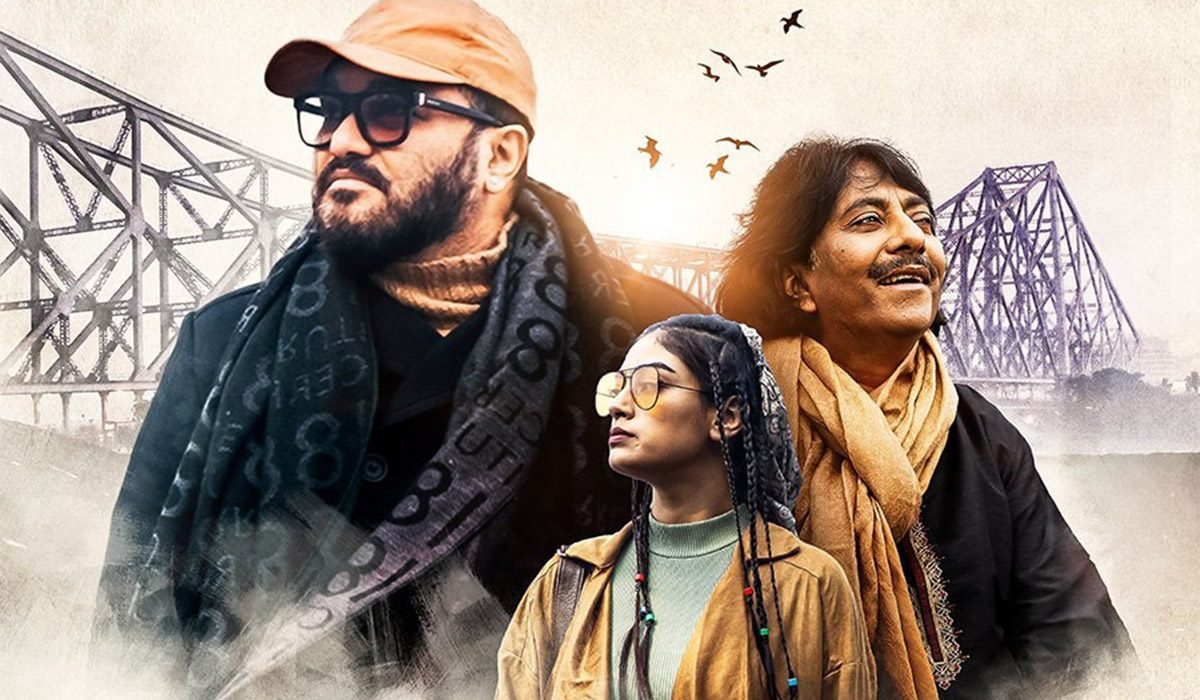 Kolkata, 17th February 2021: SVF Music, the music label of SVF, has launched a new soulful track, helmed as the much-awaited music single ‘Bohu Juger Opaar Hotey’. It is streaming from yesterday on the SVF Music official YouTube channel. The song is one of the age-old melodies of Rabindranath Tagore that transcends time. Re-arranged amazingly by renowned singer Babul Supriyo who has also sung the track himself, this track is hummable and serene with the soundscape adding a pleasant modern relevance. Moreover, this is also the first time that Babul Supriyo has associated with SVF Music for any project, making it one of the very special productions of the latter.

The song was composed by Tagore as a part of the celebration of the Barshamangal in Shantiniketan in 1922. However, the song has relevance to history, and it dates back to a famous poem ‘Malavikagnimitram’ by Kalidas. Featuring the beautiful Bibriti Chatterjee, the music video has explored two eras (1942 and present) of poets/singers trying to pay a tribute to the eternal poet Brahma while transcending the essence of rain and the month of Ashaar metaphorically! The concept is to connect two stories from two different eras with a fictional Malabika from the past and present giving it closure as both the poets find the discarded garlands of jasmine in present-day Calcutta. Besides, the song is based on Raag Kedar and the video has explored the visuals of early morning Kolkata for Ustaad Rashid Khan specifically, while taking a trip on a boat across the Ganges with Babul Supriyo as he sings this beautiful Tagore song.

Excited about conceptualizing, musically Recreating & singing a Classic Tagore Song with Ustad Rashid Khan, creating some magic in it in his inimitable vocal elan, Babul Supriyo said, “Bohu Juger Opar Hotey’ will touch everyone & the power of Rabindranath Tagore’s lyrics & tune will trigger different emotions in different minds based on their individual life’s experiences. I believe that from 18 to 80, everyone will be able to relate to it. My aspiration was to create something contemporary with this already super-popular Tagore Song previously sung by many iconic artists. Hope you will like it. Though I have had very long & successful association with SVF as a Playback Singer with many Hit Songs together, this is my first collaboration with SVF Music & it was an absolute pleasure to work with such a talented & professional team. I sincerely thank everyone from Rashid Bhai to Indradeep & from the Video Director Sudipto to Team SVF for making this ‘Dream Single’ a ‘blissful reality.”

Talking about Babul Supriyo’s association with SVF Music, Subhadip Choudhury, VP-Revenue (IP & TV) said, “First time collaboration with Babul Supriyo & Ustaad Rashid Khan in one Single makes the project a very special production for SVF Music, on top of which it is a re-arranged rendition of Rabindra Sangeet in a modern soundscape, exploring the two eras of poets and singers.”

SVF Music has the largest library of contemporary Bengali songs, providing a platform for collaboration of national and international artistes. A music label that thrives on not just film-music, but independent original music as well, SVF Music organizes musical concerts and music tours, incorporating artistes beyond borders. With unique and engaging content across all audio-visual platforms in India and globally, the SVF Music label has the maximum reach of top musicians and artistes of the industry. SVF Music’s content is available on OTT and Web streaming platforms, in India and globally. Awarded the Silver Play Button by YouTube, SVF Music – with 900+ songs, is now a family of more than 1,50,000 subscribers, and has garnered a whooping 30 million+ video views and counting!