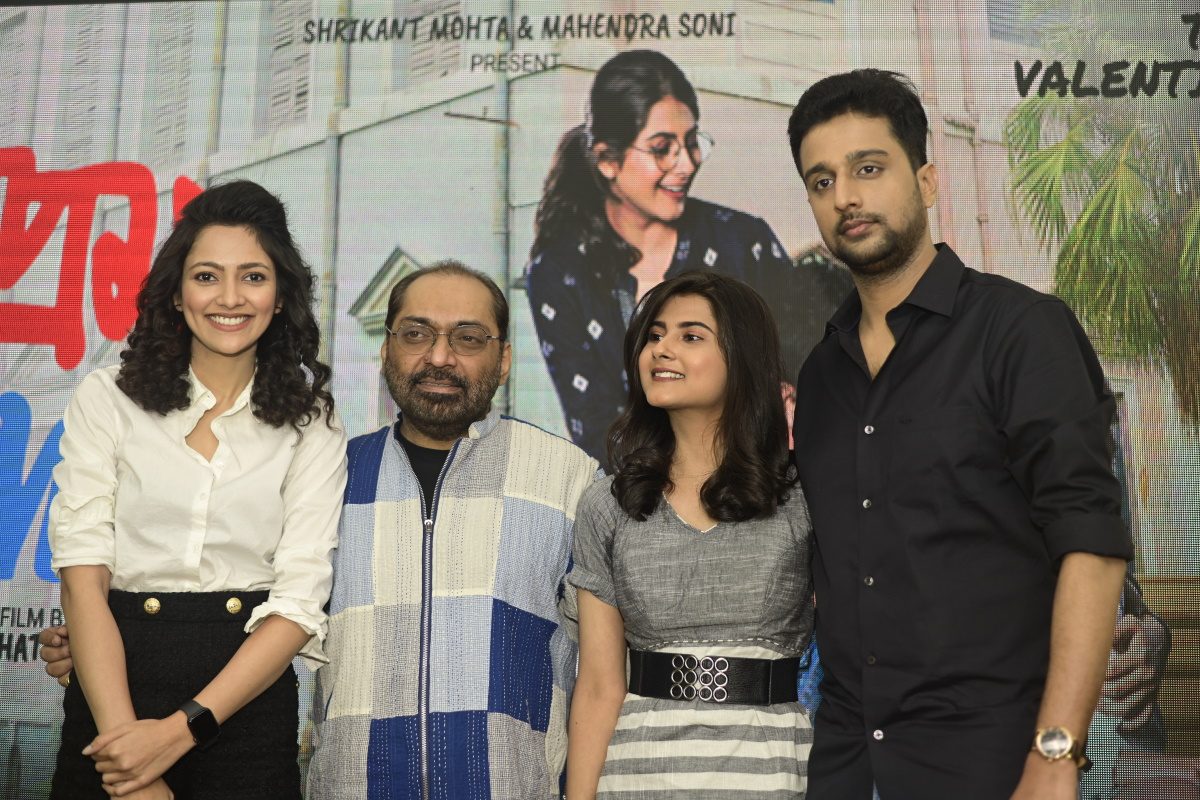 Kolkata, 22nd January,2020: Centering around a not so typical college love story, ‘Prem Tame’ is an upcoming directorial venture by Anindya Chattopadhyay that features industry’s three fresh faces- Susmita, Sweta and Soumya. At a press conference held last evening at The Bengal Lounge, the entire cast and director of ‘Prem Tame’ shared their experience of working in the film, describing their challenges, journey and expectations related to the project. The press conference started on a high note with the director giving insight on his vision and execution of the film followed by Soumya, Sweta and Susmita introducing their respective characters that they played. Packed with various elements of romance and drama, Prem Tame stands out to be an exceptional project as not only does it introduces three new faces in the lead but also is SVF’s first release of 2021. Moreover, it is also the first time that Anindya Chattopadhyay has associated with SVF for a film.

Excited about the release of his film, Anindya Chattopadhyay, director of Prem Tame, said “There are perks of working with freshers. They are enthusiastic and keen to learning. The energy that Soumya, Sweta and Susmita brought on set was unmatchable and, in a way, kept us going. That is the reason I like working with fresh young talents. Moreover, they could do justice to the characters and I am quite happy with the result. Besides, we had lots of fun on the set. Although there were challenges, it was a pleasant experience. Prem Tame is essentially one of those films that will help one reminisce their college days- the different phases of love, romance, friendship, confusion, problems and growing up. I am happy to return to silver screen with Prem Tame as this project has been very special to me since the very beginning. “

Soumya, Susmita and Sweta on the other hand feel short on words to express their excitement of working in first film with Anindya Chattopadhyay. “First projects are always special and memorable. I can’t thank Anindya Chattopadhyay enough for giving me this golden opportunity to play a part in Prem Tame.” is what all the debutants had to say when asked about their first film.

“Prem Tame” is a story of a revolution: within a young heart, inside a home, and in society. The story revolves around Pablo, a dreamy eyed college goer, who was suspended from college because of an incident. He then sets on a journey of finding himself. In this journey, he even meets a girl and how he falls for unconditional love. Soumya Mukherjee is seen to play the role of Pablo, while Susmita and Sweta are playing the characters of Raji and Arshi respectively- the two girls who get involved with Pablo in the film. The trailer and the songs of the film, released earlier, have already grabbed overwhelming attention from people. Releasing on 12th February, Prem Tame promises to be the perfect Valentine’s day watch that keeps the potential to ignite the spark of romance amongst audience.