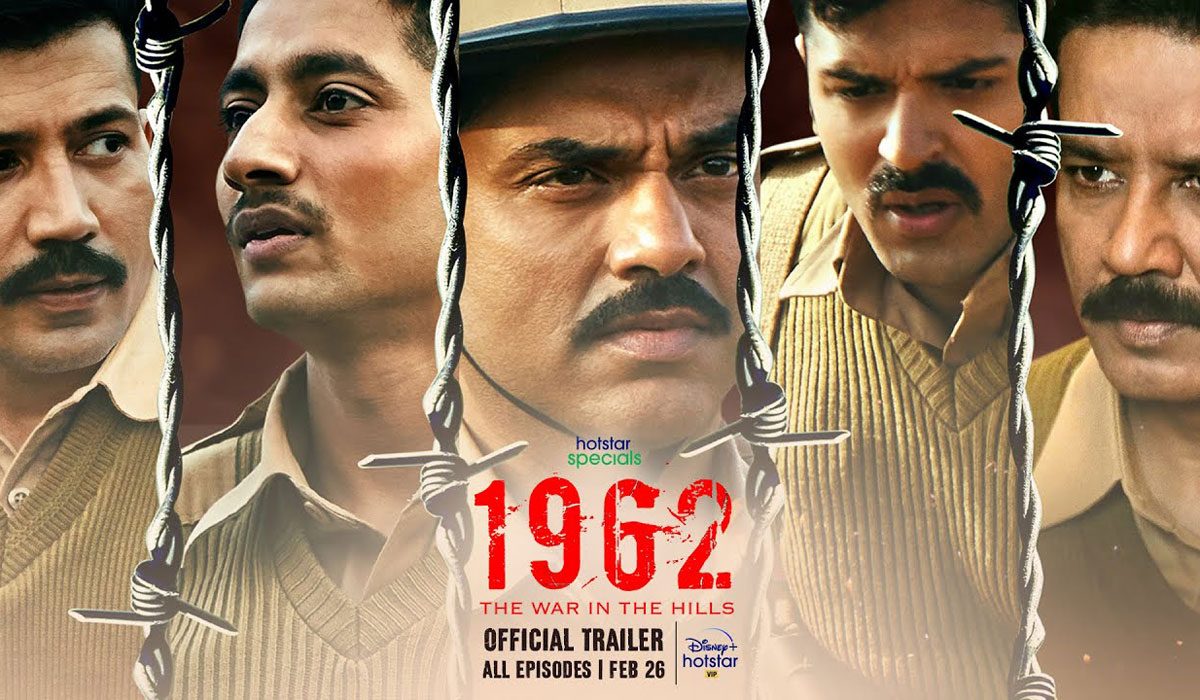 BOTTOM LINE: A Horrendous Attempt at a War-Drama

The dramatized take on the 1962 Indo-China War revolves around 125 Indian soldiers, who had fought 3000 Chinese men, led by Major Suraj Singh, in a losing cause. Significantly set in the village of Rewari, where one in every family dedicates his life for the service of the nation, the story explores the lives of the army personnel on and beyond the battlefield. The show uncovers the political circumstances prevailing in the early 1960s, the conflicts within the troops and the turmoil experienced by the families while the army valiantly fought at the war-torn Ladakh region. 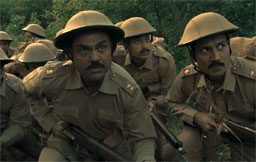 Abhay Deol looks out of place as the jingoistic Suraj Singh, yet if you manage to find his performance bearable, it’s all because of his sincerity to the craft. Sumeet Vyas is making consistent efforts to get out of his slice-of-life comedy actor image and proves his versatility yet again. Sairat actor Akash Thosar is immensely likeable as the young, vulnerable army man with a conscience.

Mahie Gill is surprisingly cast in a weepy role that hardly does justice to her sparkling screen presence. Anup Soni sleepwalks through his part, while Meiyang Chang only partly succeeds in bringing authority to the role of a CLA officer. Rohan Gandotra and Hemal Ingle are passable in their meaty roles. The supporting cast is strictly okay.

In the war-drama space, it’s only natural that filmmakers gravitate towards real-life events where the home nation is on the winning side. However, actor-writer-filmmaker Mahesh Manjrekar, through 1962: A War In The Hills, a fictionalised version of the Indo-China war takes up an arduous task of showcasing the valour of the army men in an hour when a loss is a certainty. What resolve does it take for a soldier to fight against his enemy till his last breath, despite being well-aware of the result?

1962: A War In The Hills lands on an OTT platform in a post-COVID 19 era where Indo-Chinese tensions are taking a turn for the worse. What better time than now to look back at history to understand the present? If only the intent behind the show was as honest, it wouldn’t have been as tiresome and bland. The show is undone by very poor, lethargic storytelling that has no sense of direction or purpose.

The war episodes, for a major part, are relegated to the side-lines; adrenaline rush and thrills seem another planet away. The tacky CG makes the soldiers look like a bunch of overgrown children playing video games or celebrating Diwali in Ladakh. There’s no meat in the script at all – it constantly digresses towards insignificant matters that hold no relevance to the premise. 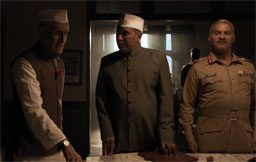 The show is muddled in a series of trivial internal squabbles. The heavy-duty drama in the subplots is intolerable – an army captain’s wife is detected with cancer, two men in the troop fall for the same woman in a village, the girl is pregnant before marriage and another officer can’t get over the guilt of being the reason behind his wife’s death. The conflicts in the lives of the army men – be it the caste system or PSTD – lack nuance and don’t create any interest.

There’s very minimal context to the political circumstances in India and China leading to the war. The politicians look like a bunch of jokers and the men in the Chinese troop are portrayed as blood-sucking monsters filled with malicious intent.  Every second sequence in the show is filled with a Vandemataram or a Vaishnava Janato in the background or an over-jingoistic line about the pride of serving one’s nation.

Neither do the individual sequences stand out nor do they come together like a wholesome product. The length, at 10 episodes spanning over seven hours, is a test of endurance for the viewer. It’s hard to believe that a veteran like Mahesh Manjrekar could come up with something so tacky. With all the material documented about the 1962 war, is this the raw deal we get?

Hitesh Modak’s songs have an old-world charm to them and it’s all credit to singers like Sukhwinder Singh and Vijay Prakash that their emotional impact isn’t compromised. The slightly monotonous and melodramatic background score disappoints. Karan Rawat makes a stellar effort to depict the war backdrop with utmost authenticity though it’s largely nullified with the shockingly below-par CG/VFX work. The show is overlong by at least three-four episodes and the unimaginative writing, old-school filmmaking play spoilsport. 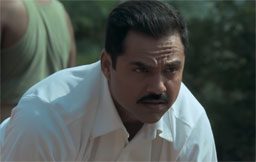 Good choice of an event for a war drama

Lack of focus on the war across episodes

1962: A War In The Hills Web Series Review by Binged Bureau