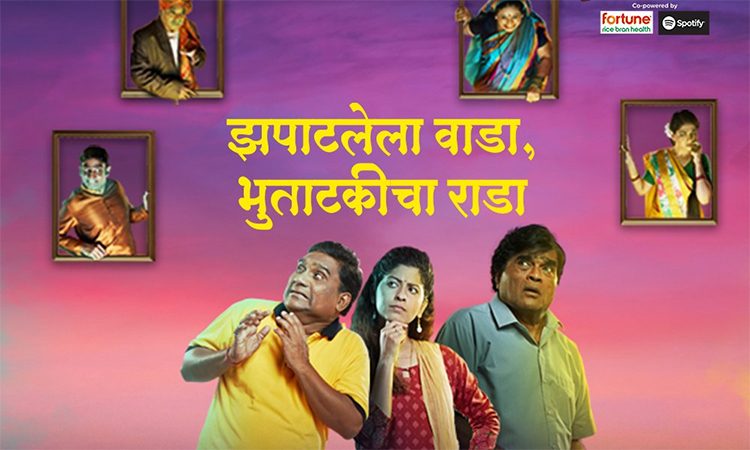 BOTTOM LINE: A Stale Horror-Comedy Stuck in a Time Warp

The elder brother Dhananjay, who has remained a bachelor all his life, is desperate to get his middle-aged brother Yashwant, an auto driver, married at any cost. The quest to find a suitable match for Yashwant keeps Dhananjay busy where he hears audacious demands from the parents of the to-be-bride to go ahead with the marriage. One among the many qualifications the bridegroom ought to have is a roof of his own. The brothers are on a house-hunting spree and are thrilled to buy a house at an affordable price. Little do they know what the house and its residents have in store for them! Will Yashwant marry the girl of his choice? Watch Altun Paltun to know more… 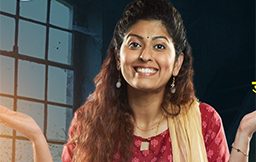 Expectedly, the lead cast Ashok Saraf and Bhalchandra Kadam are the strength of Altun Paltun. Ashok Saraf is a delight especially, where he weaves magic with his timing even in the most clichéd of sequences. His gestural brand of humour continues to remain exclusive, but something most industries are sadly doing away with. Bhalchandra Kadam is funny though he’s a performer who still needs good writing to make his presence felt (unlike Ashok Saraf who’s capable of creating magic out of thin air). Actors like Sunil Tawde, Sandeep Pathak, Smita Shewale and Kishori Ambiye barely manage to do anything worthwhile or concrete. Abhidnya Bhave gets a few moments to register her presence (she’s a natural), though Namrata Sambherao Awate oversells her part with a vivaciousness that gets onto your nerves.

For all Marathi film-enthusiasts wondering if Altun Paltun is an adaptation of the popular play by the same name, it isn’t. While most storytellers from the South-Indian entertainment industry have exhausted many variations of the horror-comedy template, other industries are waking up to the joys of the wacky genre only now. Even going by the fact that this isn’t a genre that Marathi filmmakers have particularly mastered, Altun Paltun is a stale, silly horror comedy relying on old-fashioned storytelling tropes, outdated comic gags. 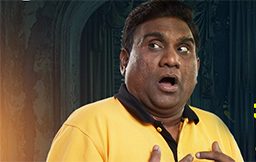 Altun Paltun is conscious of including all the ‘must-haves’ one would expect out of a horror-comedy – a sorcerer chanting mantras to drive away the ghosts, the ghosts trying to scare the residents of the haunted house with their antics, a sob flashback and the fulfilment of the ghosts’ aim. But the film is more tolerable when it deals with the struggles of the elder brother to find a right match for his middle-aged brother – the 90s like setup is ideally suited for such a story. Once it enters the horror zone though, Altun Paltun becomes a tiresome viewing experience. There’s nothing new to offer in this territory.

The absurdity reaches a level where one of the ghosts falls in love with a female auto driver and enters Yashwant’s body to impress her. The other ghost intermittently troubles the elder brother and the customers at his sari shop. They make a mess of the many marriage proposals that the elder brother finalises for Yashwant. The filmmaker makes it clear that these ghosts are just trying to have fun, be petty and doesn’t bother to tell their backstory for a long time (one wishes the film could have remained that way).

The very staging, exaggerated tone of Altun Paltun suggests that this film could have worked as a theatre play or a mini television series at best.  The film is so verbose and dialogue-heavy that it relies more on the timing of its actors to deliver the goods. Without its commendable lead cast that makes the many witty lines and a few gags work, it’s hard to imagine if a viewer would have managed to survive this. Altun Paltun’s storytelling is extremely simplistic to take notice. The film is stuck in a time-warp of sorts and prefers to remain that way – it’s a filmmaking choice but the treatment and the writing are also extremely generic. 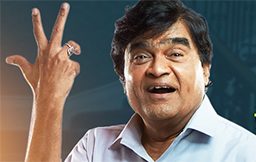 There’s nothing new or attention-worthy about the music, it just plays along with the silliness of the narrative – the tone-deaf quality is quite obvious. The visuals or the setting of the film don’t do much to invite your curiosity either, merely exposing the limitations of its makers. Some of the dialogues and sequences where Yashwant tries to strike a conversation with the many matches his brother finalises for him, are reasonably funny (if at all you are hunting for a takeaway element out of this). It’s not surprising that Sandeep Manohar Navre, the film’s director, does little to differentiate this outing from his many regional television soaps he churns.