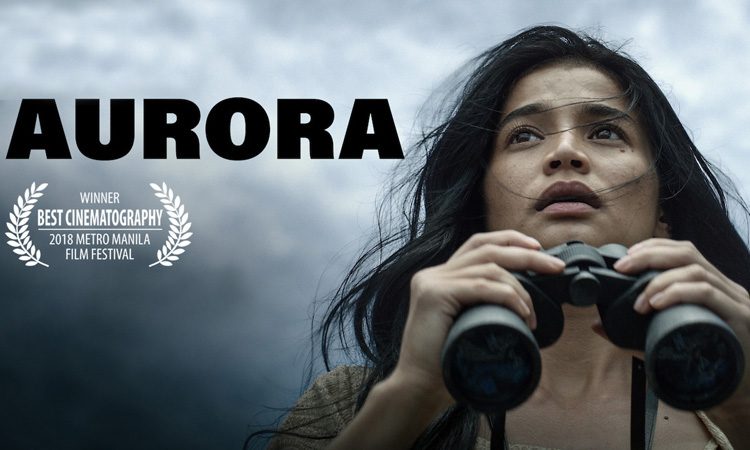 BOTTOM LINE: Too Boring To Scare

There is a mysterious wrecked ship near an island. Leana (Anna Curtis) makes her living by finding dead bodies and collecting bounties. How the work and others greed for money affects her psyche and what is the reality behind the ship Aurora?

If anything is going on in the film apart from the atmospheric build up and the accompanying background score, it is Anne Curtis’s performance. She is given the responsibility to carry the narrative single-handedly.

Anne Curtis does a decent job with it; otherwise, it would have been impossible to sit through the proceedings. The emotional scenes are fine, but the one-dimensional aspect of the character gets boring after a time though. 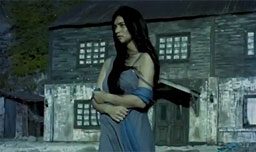 The basic plot of Aurora is a simple and straight forward one. And when we have films with such lines, it is pertinent the other crafts come together to provide an engaging narrative. Sadly, that doesn’t happen with Aurora as it drags on and on.

First, let us talk about the positive aspect. Right from the opening frame, there is an air of dread and creepiness. The atmosphere is filled with sadness. These elements are captured well, and its impact is enhanced with an equally chilling and eerie background score.

The problem arises with the lack of progress in the story or rather a weak story where the priorities are set on other aspects. The editing further dampens the efforts as the transition from creepy to sad to horror are not seamless. They appear jarring, and Yam Laranas’s focus on the scares rather than content makes thing further worse. Did we say, the pace adds to the woes? So there is that to the list of discomfort.

The final act seems good on paper or visualised in mind, but when it comes to screen the impact is missing. It further compounds the frustration built due to the muddled narrative. After a point, the director seems to be clueless about what to do new and sticks to the scares.

The ending raises few issues regarding the passenger’s safety, and the treatment in general, the greediness of human is another issue, but they either come a little too late or lack any bite as the focus is somewhere else. Overall, Aurora is a pointless exercise in creating an atmosphere and scares that lead nowhere and are entirely hollow. An easily avoidable fare.

Since the entire film revolves around Anne Curtis, others don’t get an opportunity to register. There are a few characters, but they too are roles that are used only to further the growth of Anne Curtis’s character rather than do something significant on their own. The child artist, Phoebe Villamor, Alan Paule, and Marco Gumabao are those artists. Arnold Reyes does well in the one critical scene that he gets. The rest are adequate at best. 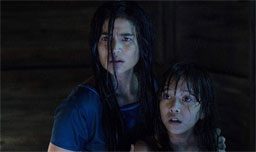 Oscar Fogelstrom does a fantastic job with his background score. It captures the mood of the film perfectly and enhances it. The cinematography is handled by director Yam Laranas only. He also shares credits for editing (with Rico Testa) and screenplay. Maybe too many things to control seem to have burdened him to get the right output in each department. The cinematography is poor, and the editing is weak. The writing also leaves a lot to be desired, but since it is English translation we are talking about, it might not be fair to write it off entirely.