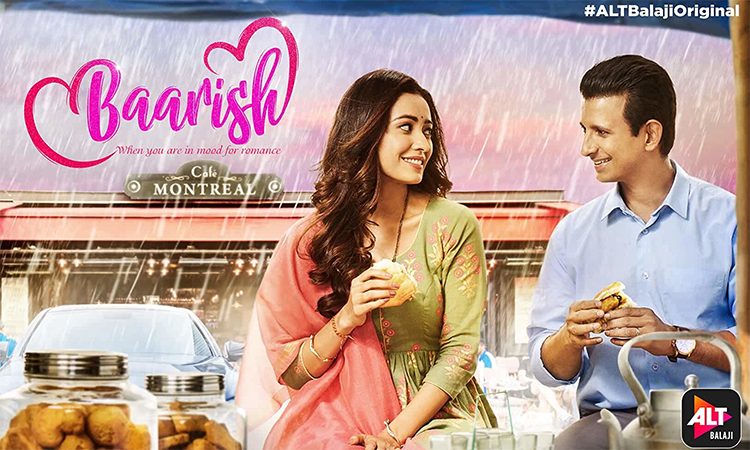 BOTTOM LINE: Gets drowned in a pile of clichés

Anuj uses every trick in the book to ensure his wife Gauravi’s return from prison. Anuj and Gauravi’s families living under the same roof is not great news for the privacy of the couple. Anuj and his brother Rishi are yet to bury the hatchet after a flurry of tense situations in the past. Anuj’s sister Shreya is happy playing the party-pooper always – neither letting her husband Aniket nor her former boyfriend Rohit move on. Anuj and Gauravi move to a new house, but their joy is shortlived with the news of the latter’s miscarriage. Anuj finally finds a job that fends his family well, while Gauravi isn’t exactly happy with the sudden transformation of her husband. Anuj evolves in terms of his financial stature, but gets increasingly insecure about his wife. Rishi’s equation with Anuj too only worsens with time. Where are these relationships headed? 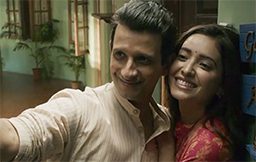 It’s beyond anyone’s comprehension about how can the acting exploits of someone like Sharman Joshi be wasted in listless fares like Baarish. The talented actor is woefully out of form in the shoes of an insecure husband whose professional growth spells trouble in his marital life. Asha Negi fares better, but the flimsily written role doesn’t make it easy to feel much for her. Priya Banerjee has always been a promising actor, though it’s baffling to understand how she keeps choosing the wrong projects time and again. Saahil Shroff’s role as the rebel young brother to Sharman doesn’t make any great impression either. The supporting cast is just okay – it’s the melodramatic tone of the series that annoys you the most.

Baarish is a web series made with the sensibility of a television soap. The makers sincerely believe that their target audience on the idiot box would find their way to the digital medium too – it’s a genuine possibility you can’t ignore in times like these. Of course, there’s excessive melodrama, the show probably features a better cast and technical finesse as well. Yet, the very reason you make a beeline to the digital medium is to experience an alternative mode of storytelling, free from set patterns and stereotypes that television and films are burdened by. It’s disappointing that mediocrity has begun to affect the Indian digital space at a nascent stage.

Baarish’s plot is wafer-thin and nearly non-existent, replete with old school dramatic tropes that have been endlessly fed to us over decades. Most characters are at their eccentric best through the series – you would want to have a masterclass session from them about how to make a fuss over a non-issue. They find endless ways to complicate their lives – that isn’t bad news for a story always, but the dubiousness-quotient of this universe is something else. This is the stuff that drama queens and kings are made of. 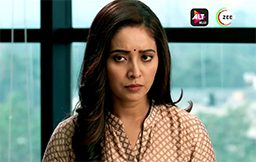 A married man is embarrassed to buy a condom, doubts the fidelity of his wife merely because she has a good professional equation with her boss. A girl in the middle of a divorce can’t tolerate the fact that her ex is dating another woman. The idea of humour here is a father trying to catch her daughter and son-in-law in their private moments. The writing is so juvenile and painfully old-fashioned that it considers middle-class living an equivalent of happiness and conveniently assumes that better financial stature must always result in a compromise in relationships. The woman in the relationship is a master in presuming things, the guy is irritatingly insecure/possessive about his wife.

The filmmaker blows up a lot of sequences beyond their scope. There’s no trace of integrity or honesty in the storytelling – you’re neither moved, entertained nor amused. If this is the idea of having a second season for a series, it won’t take long for the makers to churn out a newer season every month (worse, every week). Baarish is a rare show where the director and the audience are on the same page – both are equally clueless about what’s happening in front of them and what’s to arrive next. Baarish isn’t merely rain – it’s acid rain, it could prove toxic to your sanity. 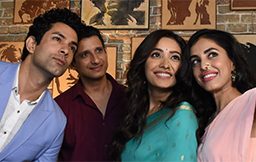 Baarish’s melodic undertones, music bits (though repetitive) through the series are reasonably impressive, though it could have easily avoided stuffing many Bollywood numbers into the show (merely because they are used in the backdrop of a wedding). The set pieces in AltBalaji’s outings are getting increasingly repetitive, it’s worse here because the each of the episodes too feel like a mirror image of each other. The writing is archaic, the making much worse.

Music (only to a certain extent)

Terrible treatment of an outlandish story

Repetitive nature of the episodical storytelling