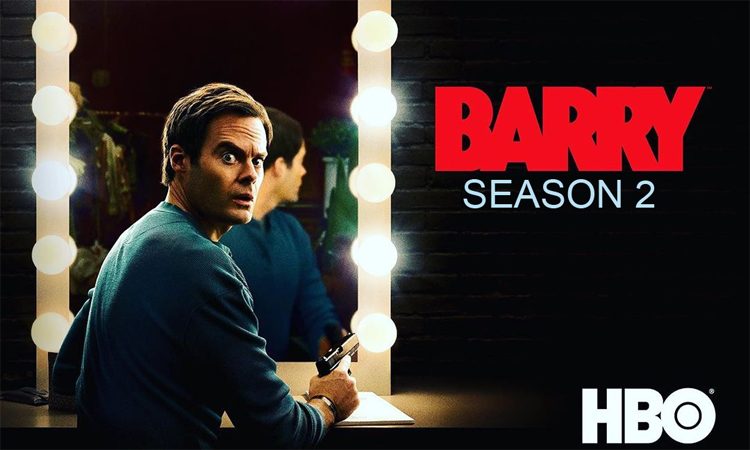 BOTTOM LINE: A Perfect Hit At The Target

When a professional hitman Barry (Bill Hader) accidentally becomes a member of a group of aspiring actors, he decides to quit killing people and settle down. However, his acquaintances and circumstances drag him back to the world of mafia no matter how far he wants to stay away. What happens when one of his killings potentially threatens to end his career as an aspiring actor and what desperate measures he takes, as a result, forms the core story of the second season of Barry? 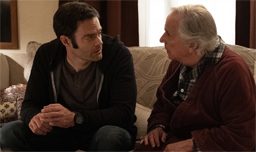 Bill Hader is terrific in the title role as Barry. It is a superlative performance, one that is remembered for a long time. The star who is also the writer and director delivers his best in a complex and challenging character.

The various emotions portrayed all along accompanying a deadpan expression of indecisiveness are fantastic. Of course, it is the rage of Bill Hader that stands out among them all. A couple of instances, one with Sam (Joe Massingill), one at the rehearsal with Sally (Sarah Goldberg) and one towards the end coming after Fuches (Stephen Root), are instant standout one. Also, all the scenes with Gene Cousineau (Henry Winkler) is fantastic. Overall, Bill Hader as Barry gets into the skin and psyche of the character like only a few can and delivers something that is genuinely for ages.

Hiro Murai, Minkie Spiro, Liza Johnson, Alec Berg and Bill Hader, handle the direction departments of the second season of Barry. The former troika takes care of the first half of the season whereas the latter two, also the creator of the series, handle the second half that concludes the series.

The second season has opened with a bang with an explosive opening episode that sets the various threads to take place in the second season. The second one dips a bit, but then onwards it is on an upward trajectory, all the way, with the series finale being another explosive one with fireworks all over.

The plot involving Cousineau that looks like taking a different direction initially and threatened to become a potential drag eventually led to a neat merger with central conflict involving Barry. It becomes an emotional anchor for the whole series that justifies the angry outburst at the end.

As has been mentioned previously, Barry offers a unique mixture of thrills. It is a dark comedy in the most real sense and also offers drama and comedy aplenty without missing the mark. The change in genres usually should lead to a jarring experience, but it doesn’t happen here. Take the case of the fifth episode of the series; it is anything unlike seen before in the world of Barry, and yet it is amusingly entertaining despite all the ‘what-the-hell’ collections of moments.

Another significant aspect of the show is even a small bit-players register. Be the casting agents or the actors performing under the guidance of Cousineau, or the police officials or the various mafia members, if someone is given a little time, they register.

Finally, more than anything else, the ending is a perfect cliff-hanger for the next season. It will also raise hopes on it undoubtedly. It goes without saying that Barry season two is as enjoyable as the first and is highly recommended. Please make time to binge watch it this weekend.

Barry is filled with unique characters and performances that make those actors stand out in the ensemble crowd. Among the many, three primary roles essayed by Stephen Root, Sarah Goldberg, and Henry Winkler stands out. They all continue from where they left at the end of the first season and took it a step higher. Stephen Root, especially, is the best with his sensational act. It feels closest to the spirit legendary character Tuco from all-time classic The Good, The Bad, and The Ugly.

Sarah and Henry have their parts extended in a new direction, especially later as he becomes more emotional. Anthony Carrigan gives a defining performance for a bumbling mafia leader. The rest of the small bits and pieces artists too chip in with concise but well-defined parts. 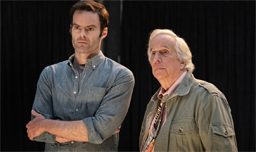 David Wingo’s music is understated and impactful at crucial points. The cinematography by Paula Huidobro and Brandon Trost captures the brazen fun and raw action very well. The high tension feel is also wonderfully brought out. Kyle Reiter keeps the proceedings sharp and racy with his razor-sharp cuts. Despite different writers working on the second season of Barry, they give it a fantastic consistency throughout.