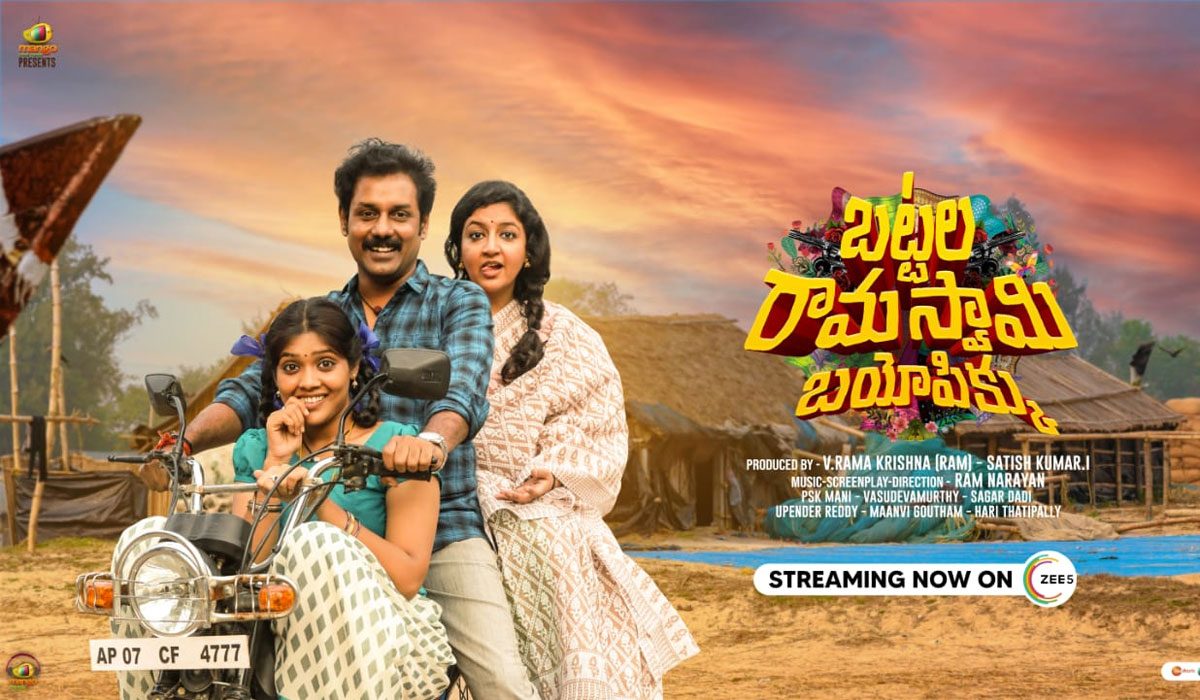 Ramaswamy (Altaf Hassan) wants to be like Lord Rama, be honest, live honestly and have a single wife. As luck would have it, he falls in love with Jayaprada (Shanti Rao). However, unexpectedly he is forced to marry two more women. What happens to his life with three wives is the basic story of the film? 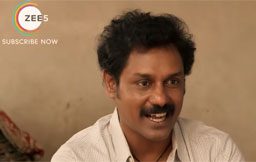 Given the setting and premise, there is not much expectation regarding the acting. Once that is clear, and we look at what we have for what it is, Altaf Hassan suits the part. He looks ordinary, has an air of innocence and gives the simpleton vibe. The comedy is, therefore, generated by what happens in his life. He is okay and does well within his limited abilities.

Ram Narayan directs Battala Ramaswamy Biopikku. It is a b-movie with a plot that is a mere excuse to fill the narrative with double meaning dialogues and sexual innuendos.

The setting of a village is perfect for Battala Ramaswamy Biopikku. But, off late, the rural set-up is getting overdone for such plots. It is still okay if there is something new in it, though. But, most of the times, it is not the case.

The opening sets the tone for what is to come. It could have been a quirky, sexy comedy, but the director makes it in a b-grade movie style. The casting of the main parts is alright, but the content they get is where it falters.

The content and execution give the movie its b-grade vibe. Many scenes can be shown as an example, but nothing highlights the deranged thoughts other than the mentally challenged second-wife track. It is obnoxious in parts. 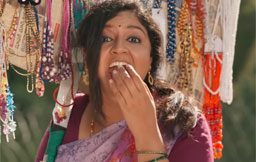 The first wife and Ramaswamy’s arc is decent, and it could have generated some fun on its own. But, the director chooses to go a different route altogether and fill the narrative with crass entertainment.

The second half, especially, goes on overdrive with full-on mindless and insensitive content. It is masqueraded as fun. But, it is so only when there are none of the implied sexual undertones. It is rare and happens somewhere in between.

The subplot involving fake drama doesn’t add much to the main narrative. But, in the end, it is used well to close the story. It could have been, therefore, well thought out and integrated into the central proceedings.

The conclusion is routine and lacks anything new. We have seen the same happen in many movies made on similar themes three decades back. Nothing has changed in all these years except things getting more vulgar and unbearable.

Overall, Battala Ramaswamy Biopikku is a b-grade movie with dumb and crass jokes for entertainment. It is instantly forgettable.

Shanti Rao, Satvika and Lavanya Reddy are the three female leads. Each one is given a unique characterisation, but all they have to do is bicker and fight with each other except Lavanya Reddy. The last one plays a mentally challenged girl. She irritates for the most part.

Bhadram plays a crucial role of a friend. He is alright with his usual comic timing intact.  But, he alone is not enough to lift a below par and silly subject. The rest of the actors appear in bits and pieces roles. They have no impact at all. 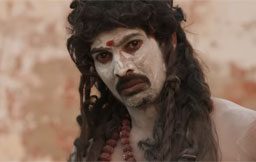 Ram Narayan also provides the music for the film besides direction. It is also weak with routine template beats and sounds. The last ‘folk’ song regarding marriage is well done, though. The cinematography gives the movie a short film feeling throughout. The editing is alright. The writing is in tune with the content, but it lacks newness and is only serviceable to the narrative.