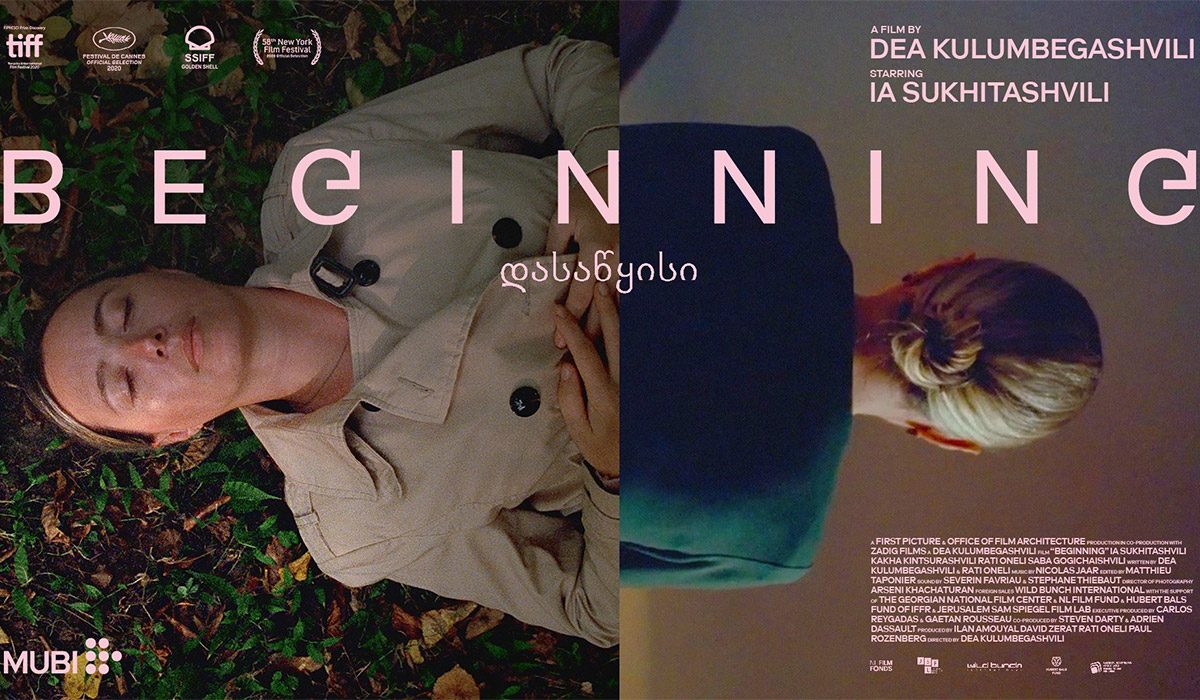 BOTTOM LINE: A Strikingly Original Yet Disturbing Film on Conservatism 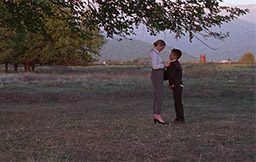 There’s unmistakable chaos in the life of Jehovah’s Witness religious leader David and his wife Yana, as extremists bomb a church in a sleepy, conservative hamlet in Georgia. This incident is only the ‘beginning’ of the many conflicts that haunt Yana – from her husband’s indifference towards her mental trauma to dealing with sexual violence and abuse from a detective and not having an outlet to express her suppressed emotions. As a silent sufferer, she tries to heal herself, biding her time with her son Giorgi, preparing the children in her village for baptism and trying to understand religion. The story takes a darker turn with time, with the audience having no clue on what’s playing in Yana’s mind.

Ia Sukhitashvili as Jana is profound and manages to leave an element of mystery in her behaviour even in the film’s most direct/obvious sequences. Her eyes reflect many suppressed chapters in the character’s life but at the same time, she masks the darkness in her with so much poise and composure. These are the most difficult roles to pull off, ones that require the viewer to look beneath the surface. 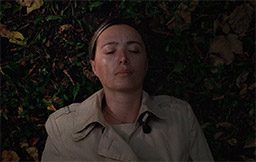 Kakha Kintsurashvili in the shoes of the creepy detective is impactful in his brief screen space. Saba Gogichaishvili is adorable and a picture of innocence while playing the protagonist’s son. Blissfully unaware of the hopelessness around him, his portrayal mirrors the character’s hope to be set free and fly high. Rati Oneli as the patriarchal, regressive man, who takes his wife’s presence and patience for granted, is efficient in bringing out the various layers to his role almost casually.

The beauty of cinema, as an audio-visual medium, is that it consistently evolves and never plays by the rulebook. Now and then, you have a movie that breaks myths about the medium and forces you to evolve as a film viewer too – the strikingly original Georgian film Beginning is a game-changer that way. Even though there’s a very obvious predator and a victim in the story, the film never takes sides. It compels the spectator to look at a situation from the most unlikely dimensions, relying more on visual imagery and less on the dialogue to tell the story. The matter-of-factly treatment even in the story’s darkest moments leaves you perplexed. 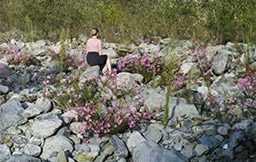 There’s so much that you know about its characters and so much you don’t. Yana’s reaction to sexual abuse, an unhappy marriage and the conservatism/patriarchy around her is shockingly minimalistic – there are no emotional outbursts to make you understand/sympathise with her plight. Yana’s world (beyond her mother) revolves around three men predominantly – the detective, the husband and her son. The son is her only ray of hope/relief from the toxicity of the other men. Several religious beliefs cloud her morality – as explained by the plot’s biblical references to hell/heaven, the idea of sin and what Abraham did to his son Isaac.

Yet you never know what drives Yana’s decisions completely and that’s where the debut filmmaker Dea Kulumbegashvili’s craft comes into play. There are many unspoken yet wonderfully filmed moments where Yana lies down at a forest through the day and closes her eyes (as if it were meant to be an act of self-healing), the horrors she has to undergo in the night soon after she’s abused and how she even stares at the wall emotionlessly after a personal loss. The viewer is exposed to the various contours of a situation with the stillness in the execution. The predator even apologises to the victim at the end of his act and the husband nearly transforms into a forgiving soul by the end of the film. The director showcases the unpredictability of human behaviour masterfully.

The ending ensures poetic justice to Yana. The reality of a man becoming one with the soil is beautifully emphasised in the film’s final frames. Beginning has many delectable takeaways – the stunning use of the static camera, natural light, nature, the sound design, the storyteller’s choice to not colour any of her characters with prejudice or sympathy and how it challenges the viewer to read between the lines. There’s universality in the story that touches upon religious extremism, dysfunctional families, sexual abuse and the conservatism in a patriarchal society. Beginning, though uneventful at times, is deeply disturbing, powerful and even profound for the most part. The viewer’s ability/patience to interpret the sequence of events in the story will very likely influence their opinion on the film as well. 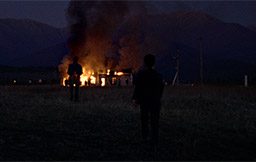 The music composer Nicolas Jaar’s terrific use of silence sends shivers down the viewer’s spine; you know the music works when it doesn’t come across as an individual unit trying to overshadow the film. The unsung heroes of the film are its sound designers Severin Favriau and Emeline Aldeguer, enriching its atmosphere with the rootedness of the soundscape that nearly transports you to the backdrop of the film.

Dea Kulumbegashvili and Rati Oneli’s precise, sharp writing offers scope for most actors to bring a part of themselves into the roles. However, it’s Arseni Khachaturan’s cinematography that elevates the material by leaps and bounds – the poise in the camera angles, his ability to capture the creepiness beneath the idyllic landscapes, and the objectivity with which his frames take the story forward are an asset to the film. The length sometimes feels brutal and a part of the blame needs to go to the treatment that gets slightly over indulgent.

Abstractness in the storytelling

Possibly not, the story is not everyone’s cup of tea