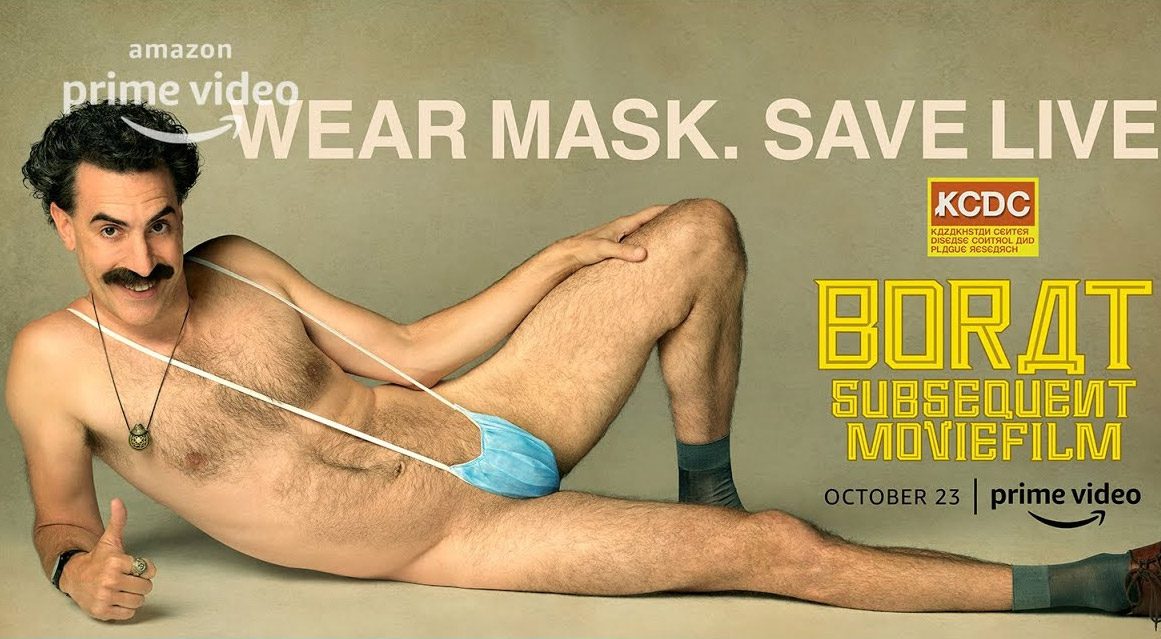 BOTTOM LINE: Delivers The Unique Entertainment All Over Again

Borat Sagdiyev (Sacha Baron Cohen) is once again sent to the US (after 14 years), by the premier of Kazakhstan. He has to bribe the American regime for the benefit of Kazakhstan. What happens when he returns to the US amidst coronavirus and what is the ‘bribe’ he brings is the overall plot of the movie. 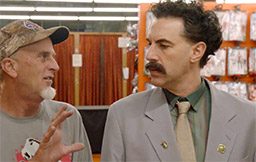 Sacha Baron Cohen reprises his cult act of Borat once again in the film that is named after the character. He is as unique and impactful as ever, and it is exciting to see the actor play it again after a long gap of more than a decade. As Sacha Baron Cohen is himself the creator of the character and knows it inside out, he is able to maintain the freshness in his act. It is the same deadpan expression, but he comes out with unpredictable stuff despite one already knowing what to expect.

Jason Woliner directs Borat Subsequent Moviefilm. As can be understood at the start itself, the story is plain and simple. But, it is the so apparent in-your-face outrageousness that grabs the attention. However, it is only a starting point, and we get a lot more to chew on in the narrative.

The story makes the second coming of Borat a lot political than what it was in the first attempt. The politics have been part of Borat even in the first attempt, but it took a backseat, and the focus was more on ‘cultural’ aspect and the differences the US has with the rest of the world.  Here too, it is the same with a new character instead of his friend, but the ‘politics’ have a more significant attack here. 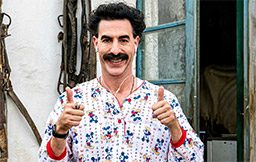 At the front and centre here are father and daughter track. It is via this strange relationship that the politics of geography (the US in this case) are explored. Borat treats his daughter like an animal and makes her live in a cage. How Tutar, via her interactions with various women, discover the reality is, for the most part, the mainstay of the movie. There is also a twist at the end, which is hilarious. We won’t like to reveal it here, though.

There are continuous digs at Trump and people in his administration in the process with some live prank shoots. They are brazen and shamelessly done. While they are there, the narrative is also filled with a lot of contemporary and (old) touchy topics like feminism, coronavirus, holocaust, racism etc. and so on.

The narrative comprises of many outrageously written and set gags one after the other. The lead characters and their interaction is what causes them, whereas the others are caught with dumbfound reaction. Most, if not all, work out and keep one engaged if the humour is not an issue. 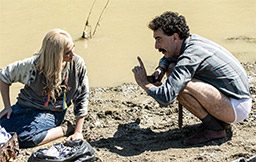 The whole thing is not as sharp as the first one mostly because, at times, one can sense the propaganda-esque nature of the proceedings. It is the team’s right, which is fine, but it could have an impact for a viewer depending on his or her personal standing.   Overall, Borat Subsequent Moviefilm is more of the same we saw in the first Borat film. The punches land and the whole thing engages and also makes one think internally. The question here is whether one likes that sort of comedy or not. It is vulgar from start to the end. 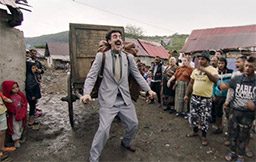 Maria Bakalova is the only other notable character in the movie. She plays the daughter of Borat. Maria Bakalova has done well together with Sacha Baron Cohen. They develop a sense of warmth and genuine affection by the time the story comes to an end. Apart from them, none have a proper role to talk about.

The music by Erran Baron Cohen is mostly understated. It is when we look at the background score. The song’s usage is fine and well done wherein sometimes it enhances the appeal. The overall tone is that of a mockumentary, but it is more streamlined compared to the first Borat outing. The writing is essentially where Borat movies scores and it is no different here.

Entertainment (Not Suitable To Everyone)