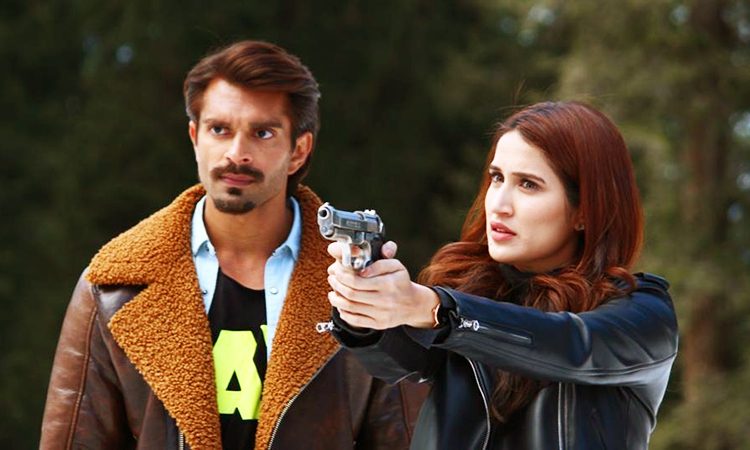 BOTTOM LINE: Only Enjoyable in Parts

A task force is deployed in Shimla to keep a check on its increasingly alarming crime rate, the team being lead by a cop named Saakshi Ranjan. Giving her good company is Sudhir Kohli, another investigative officer who’s specially deputed from Delhi to join their team. While Sudhir is kidnapped under mysterious circumstances upon his arrival in Shimla, his place is taken over by Keshav, who masquerades his identity as Sudhir with the team. Keshav is known for his womaniser-ways and his investigation of a case isn’t complete without his sexual advances with the women involved in the crime. Though Sakshi, her two assistants and Keshav don’t get along with each other, the group has its own witty ways of solving cases one after other. But who is Keshav? What is his motive? 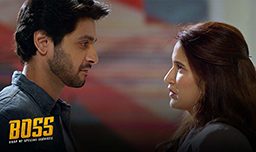 Karan Singh Grover is in his element in the series. Though the writers overdo the casanova angle in his characterization, the actor looks athletic and suits the part, displaying good comic timing and agility in the action sequences. He’s good as long as the series proceeds on a lighter trajectory, but once the emotional humdrum sets in, the actor’s limitations show up. Sagarika Ghatge has a strong screen-presence without a doubt, but she consistently wears a single, grumpy, frustrated expression in the series. Though we may give her a benefit of doubt that she was trying to stay true to her character, there’s nothing so effective or great coming out of her performance. Reduced focus on her fashion and a more focused act could have made this an interesting role to watch. 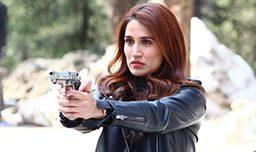 The makers, right from the first episode of the series, make things quite obvious with the path they aim to tread. There’s no attempt to lend some nuance or intelligence to the script of Boss; the only intention is to helm a time-pass masala fare outlined by the sexual escapades of its protagonist Keshav (played by Karan Singh Grover). On the whole, the plot is quite decent for its escapist treatment. Though each episode may appear like a glorified version of Crime Patrol or CID series on television (minus the sex of course), the screenplay is racy enough to keep you engaged.

The encounters between the lead characters Saakshi and Keshav are silly, here they are meant to provide some escapist fun (which they deliver). While Saakshi takes the ‘logical’ route to solve her cases, her male counterpart uses his supposed ‘machismo’ to unravel clues about the crime. The writers persistently delay the flashback episode of Keshav and his reason behind masquerading as Sudhir Kohli (a cop), which backfires. Though the final episodes have some zing to them, Boss feels like a bloated commercial film in the earlier portions.

Every case of the cops involves infidelity and adultery at some point, enough to add a raunchy twist to a few episodes. The best parts of Boss are reserved for the first few and final episodes, the other parts remain a struggle to get past. More purpose in these portions, better-written sub-plots, lesser characters would have made the series less ambiguous. While you can savoir it when watched in parts, at its current length, you are more likely to end up being exhausted than entertained. 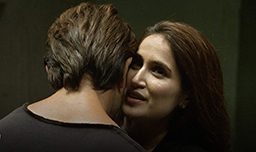 Excepting the lead actors, no other parts are well-established in the series. Veer Aryan as a kidnapped cop Sudhir Kohli has very little say in the proceedings and his role is short lived, possibly due to the lack of ideas from the writing team. Ajaz Khan springs up a reasonable surprise with his comic sidekick act, showcasing impressive on-screen ease in the company of Karan Singh Grover and Sagarika. Gaurav Gera is reduced to an occasionally humorous prop who has no character arc at all. Too many characters and sub-plots ensure a gamut of ‘blink-and-a-miss’ appearances. Although most actors ‘look’ their parts, their acting capabilities leave a lot to be desired.

The background score is partly enthusing, given it is dominated by rock music undertones and the westernized soundscape fits the theme well. However, on the whole, the production scale of the series is quite underwhelming, the CG portions are an insult to the sense, much of the outdoor sequences are full of repetitive footage. The budget issues of the makers appear quite obvious to the viewer.