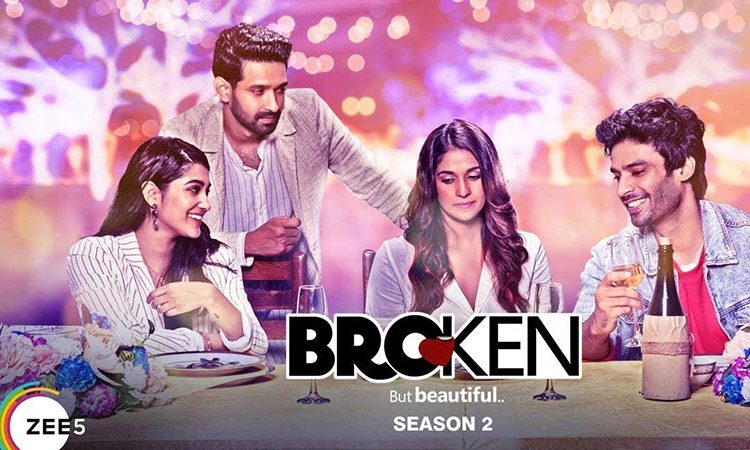 Veer and Sameera have officially called it quits with their short-lived yet memorable relationship. The two try to move on in their lives with little success, often crossing paths with each other. Sameera renews her ties with her childhood buddy Ahan, as their friendship blossoms into an unlikely romance. Veer is also in a relationship with Debbie, who professionally helps the former develop high-quality wine from his vineyard. Though Veer and Sameera try their best to put their best foot forward and act as if they’ve moved on, their past continues to haunt them. The unexpected pregnancy of Debbie, the loyalty-compromises with their current partners complicates matters. Will Veer and Sameera ever come to terms with their past? Are they destined to be together? 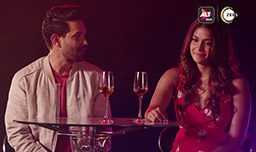 Vikrant Massey, an underrated actor who’s finally getting his due in the digital space, shows that he has enough weight in his shoulders to spearhead the series despite all its follies. Beneath all the predictability and unimaginative sequences, he makes us empathise with his flawed character and brings a touch of gravitas and dignity to it. Harleen Sethi’s character in the series as Sameera would have been impactful had it been less about her fashion sense and more about the realism in her emotional turmoil.

Gaurav Arora has extensive footage in the series as Ahan, but his character is a one-liner would read something like ‘a desperate childhood buddy trying hard to convince his friend that they are made for each other’. He either wears a broken look or is on a blushing-spree. He has nothing to do but for chasing the female protagonist in the series – enough to discuss the range of the actor and his character. Jitin Gulati as Karthik has little to do, and so is Sameera’s bestie Pooja Bhammrah as Porno (who gives such creepy names?) who’s only paid to look frustrated as long as she lasts on the screen.

One of the most critical aspects that define the impact of a web series is the depth of its characters. The performance of the actors, universality of a story, its scope to last a six-hour window are the other factors that take precedence in deciding the quality of a show. Unfortunately, the universe of Broken But Beautiful is so contrived and limited that it doesn’t have the bandwidth to last a single season, forget two of them. 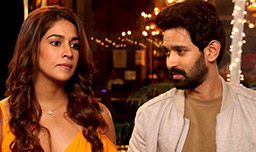 This particular season revolves around the inability of its protagonists to move on and how breakups affect their life for the worse. There are a few twists and turns in their equation that change the way they look at relationships – from trying to pamper their partners beyond necessity, purposely avoiding any possible conflict to living in self-denial. Although the idea seems workable for the digital medium, what hurts is the exaggerated drama, predictable situations with writing that’s distanced from realism by a few light-years.

Even if you consider this to be a Karan Johar universe where coloured characters from privileged backgrounds worry more about their relationships than other human-ly concerns, the series still falls short on the entertainment quotient. Most characters have no identity beyond their relationship status – you barely see them going to work or talking careers. You never see the vineyard that Veer owns, you never see a day where his partner Debbie goes about her job as a professional wine-taster.

The exes keep bumping into each other, persistently trying to give deep-lost looks about their past. The series is irritating because it stretches the ‘inevitable’ to the point of boredom. What would have been a subplot lasting a few minutes in a feature film is the primary subject of focus in the series. The four-odd hours of content are overloaded with slow-motion shots, ever-sobbing and misunderstanding characters, numerous oddly-placed songs that remind you of a Rajshri film in the 90s. The characters in the series are broken, but little about them is beautiful. The beauty on display in the frames is a stark contrast to the shallowness in the content. 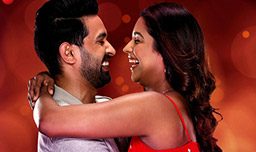 There are too many songs in the series that only serve the purpose of extending its duration by an hour. But for Yeh Kya Hua, to which Shreya Ghoshal brings in a lot of genuineness with her mellifluous singing, most of the numbers sound like poor-rehashes of singing opportunities that Arijit Singh had probably rejected. The cinematography, though slightly indulgent and larger than life, is a sight for sore eyes and distracts you well from the underwhelming story. The writing falls short in creating potent situations for the conflicts between the characters. Everything is so ‘make-believe’ about Broken But Beautiful.